The medical miracle that could cure the blind

How will graphene benefit our health and wellbeing? One million times thinner than a human hair, medical miracle that could cure the blind

Take a single human hair, roughly one tenth of a millimetre thick, and split it down the middle lengthways. Then halve each strand again and again and again until you have divided the hair into a million pieces – each too small to be seen with the naked eye.

That’s the thickness of a substance called graphene, which promises to transform the way doctors treat and prevent many major illnesses.

From eye implants that combat blindness to dental fillings that last for ever, graphene has the potential to revolutionise medicine.

The magic lies in its combination of properties: it is lighter than anything ever invented and stretchier than rubber. Yet it’s 200 times tougher than steel and conducts electricity 100 times faster (620 miles a second) than anything else. 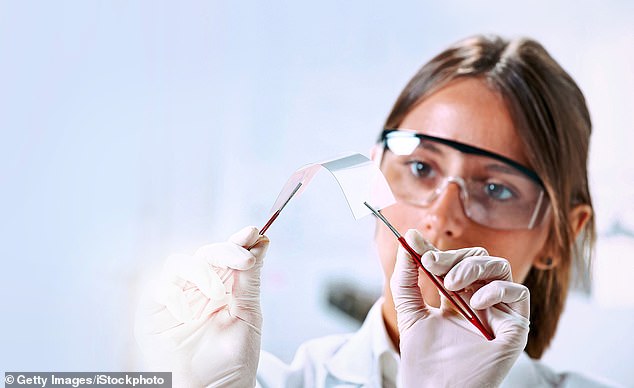 Graphene (pictured) promises to transform the way doctors treat and prevent many major illnesses. From eye implants that combat blindness to dental fillings that last for ever, graphene has the potential to revolutionise medicine

Graphene is made in a lab, by processing graphite – the stuff pencil lead is made from – until it is the thickness of a single atom. This can then be layered and shaped to create an astonishing number of things.

Although there is a vast number of possible uses – from computer technology to cars – one of the areas generating most excitement is in health and medicine. So how will graphene benefit our health and wellbeing?

Health trackers are nothing new – an estimated four million Britons a year buy a fitness band or smartwatch to monitor their activity.

But Spanish scientists are working on a graphene-based smart ‘tattoo’ – worn on the upper arm – that will do much more than keep tabs on your daily step count. And because it is so thin, it is transparent – making it almost invisible. The so-called e-tattoo measures everything from sun exposure and heart rate to body temperature, blood oxygen and hydration. 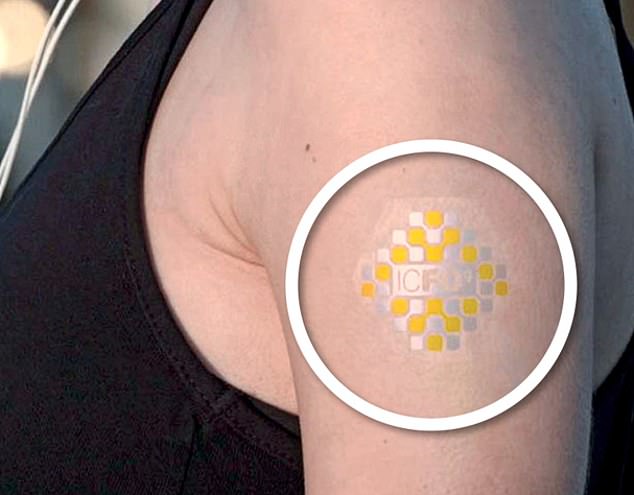 The diamond-shaped sticker, about the size of a 50p, measures how well electrical signals are conducted in the skin and the fluid that circulates in it.

These sensors send the results to a chip hidden inside the patch, which can then transmit them wirelessly to a phone, smartwatch or computer.

Damage to the retina – a membrane at the back of the eye responsible for vision – is one of the leading causes of blindness in the UK. It commonly occurs due to poor circulation.

In recent years, scientists have experimented with making artificial retina implants out of silicone. But these can cause blurry or distorted images as they tend to be flat, rigid and fragile, and are prone to cracking.

Graphene is much tougher and more flexible than silicone, making it a better match for the natural curve of the retina.

Last year, scientists at the University of Texas unveiled the first graphene retina which, they predict, will one day restore sight to millions of people. It has tiny devices implanted in the graphene layer that absorb light and send it to the visual cortex – the area of the brain that processes images.

AVAILABLE: Within three to five years

Every five minutes someone in Britain has a heart attack.

Those who survive can suffer severe scarring of the heart muscle, causing breathlessness, fatigue and swelling in the legs.

Scientists at the Advanced Materials and BioEngineering Research Centre in Dublin have developed a new material, made partly from graphene, that can regenerate heart tissue. 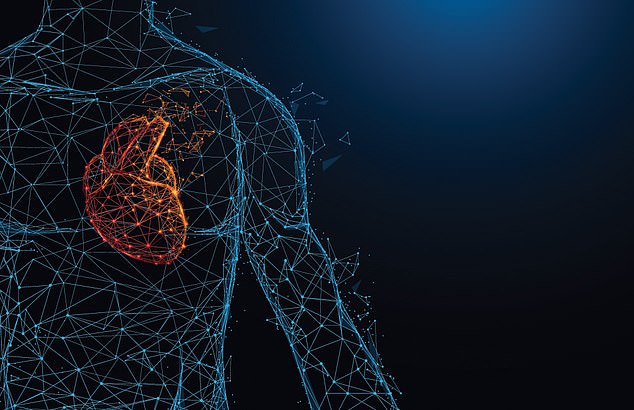 Scientists at the Advanced Materials and BioEngineering Research Centre in Dublin have developed a new material, made partly from graphene, that can regenerate heart tissue (stock image)

It is a mixture of graphene and collagen, the protein that provides structural support for connective tissues throughout the body.

The implant, placed inside the heart, stimulated the growth of healthy, new cardiac cells in rats when it was zapped with low levels of electricity. The graphene conducts the electrical signals while the collagen provides the ‘scaffolding’ on to which the new cells can grow.

Roughly 2,500 people in the UK suffer a spinal-cord injury every year and half are left at least partially paralysed.

But now, graphene could provide the key to get them to move again. In 2017, US scientists made ribbon-shaped implants from graphene.

This was grafted over the two ends of severed nerves in the spines of rats. The graphene allowed electrical nerve signals to transmit across the severed ends and within 24 hours, the rats had recovered some function. After two weeks of treatment they had almost regained full use of their bodies.

Three-quarters of Britons have at least one filling and typically they need to be replaced every 12 to 15 years due to corrosion of the metal.

But now scientists from the Iuliu Hatieganu University of Medicine and Pharmacy in Romania are developing graphene-based fillings that last a lifetime.

The thin material is so tough that it survives the wear and tear of chewing thousands of times a day, or even biting down on hard sweets.

AVAILABLE: Within the next five years

An estimated eight million Britons suffer painful osteoarthritis, where spongy cartilage inside the knees and hips breaks down, damaging the ends of the bones.

The NHS carries out 100,000 whole-joint-replacement operations every year. But a new, high-tech foam, made from graphene, could soon be a less invasive answer.

The substance, developed by experts at Boise State University in Idaho, US, is injected into crippled joints to replace lost cartilage, avoiding the need for artificial ones to be fitted.

The foam is coated in healing stem cells. This means it both replaces cartilage and can grow new, healthy tissue.