The Future of the Coronavirus? An Annoying Childhood Infection

As millions are inoculated against the coronavirus, and the pandemic’s end finally seems to glimmer into view, scientists are envisioning what a post-vaccine world might look like — and what they see is comforting.

The coronavirus is here to stay, but once most adults are immune — following natural infection or vaccination — the virus will be no more of a threat than the common cold, according to a study published in the journal Science on Tuesday.

The virus is a grim menace now because it is an unfamiliar pathogen that can overwhelm the adult immune system, which has not been trained to fight it. That will no longer be the case once everyone has been exposed to either the virus or vaccine.

Children, on the other hand, are constantly challenged by pathogens that are new to their bodies, and that is one reason they are more adept than adults at fending off the coronavirus. Eventually, the study suggests, the virus will be of concern only in children younger than 5, subjecting even them to mere sniffles — or no symptoms at all.

In other words, the coronavirus will become “endemic,” a pathogen that circulates at low levels and only rarely causes serious illness.

“The timing of how long it takes to get to this sort of endemic state depends on how quickly the disease is spreading, and how quickly vaccination is rolled out,” said Jennie Lavine, a postdoctoral fellow at Emory University in Atlanta, who led the study.

“So really, the name of the game is getting everyone exposed for the first time to the vaccine as quickly as possible.”

Dr. Lavine and her colleagues looked to the six other human coronaviruses — four that cause the common cold, plus the SARS and MERS viruses — for clues to the fate of the new pathogen.

The four common cold coronaviruses are endemic, and produce only mild symptoms. SARS and MERS, which surfaced in 2003 and 2012, respectively, made people severely ill, but they did not spread widely.

While all of these coronaviruses produce a similar immune response, the new virus is most similar to the endemic common cold coronaviruses, Dr. Lavine and her colleagues hypothesized. 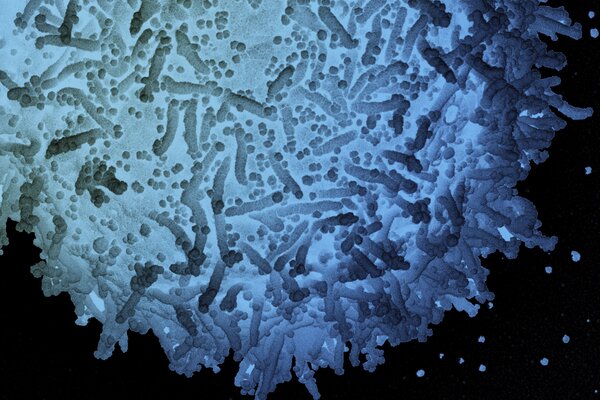 Reanalyzing data from a previous study, they found that the first infection with common cold coronaviruses occurs on average at 3 to 5 years of age. After that age, people may become infected again and again, boosting their immunity and keeping the viruses circulating. But they don’t become ill.

The researchers foresee a similar future for the new coronavirus.

Depending on how fast the virus spreads, and on the strength and longevity of the immune response, it would take a few years to decades of natural infections for the coronavirus to become endemic, Dr. Lavine said.

Without a vaccine, the fastest path to endemic status is also the worst. The price for population immunity would be widespread illness and death along the way.

Vaccines completely alter that calculus: The faster people can be immunized, the better. An efficient vaccination rollout could shorten the timeline to a year, or even just six months, for the coronavirus to become an endemic infection.

Still, the vaccines are unlikely to eradicate the coronavirus, Dr. Lavine predicted. The virus will become a permanent, albeit more benign, inhabitant in our environment.

Other experts said this scenario was not just plausible but likely.

“The overall intellectual construct of the paper I fully agree with,” said Shane Crotty, a virologist at the La Jolla Institute for Immunology in San Diego.

If the vaccines prevent people from transmitting the virus, “then it becomes a lot more like the measles scenario, where you vaccinate everybody, including kids, and you really don’t see the virus infecting people anymore,” Dr. Crotty said.

It is more plausible that the vaccines will prevent illness — but not necessarily infection and transmission, he added. And that means the coronavirus will continue to circulate.

“It’s unlikely that the vaccines we have right now are going to provide sterilizing immunity,” the kind needed to prevent infection, said Jennifer Gommerman, an immunologist at the University of Toronto.

Ultimately, Dr. Lavine’s model rests on the assumption that the new coronavirus is similar to the common cold coronaviruses. But that assumption may not hold up, cautioned Marc Lipsitch, an epidemiologist at the Harvard T.H. Chan School of Public Health in Boston.

“Other coronavirus infections may or may not be applicable, because we haven’t seen what those coronaviruses can do to an older, naïve person,” Dr. Lipsitch said. (Naïve refers to an adult whose immune system has not been exposed to the virus.)

Another plausible scenario, he said, is that the virus may come to resemble the seasonal flu, which is mild some years and more lethal in others. New variants of the coronavirus that evade the immune response may also complicate the picture.

“Their prediction of it’s becoming like common cold coronaviruses is where I’d put a lot of my money,” Dr. Lipsitch said. “But I don’t think it’s absolutely guaranteed.”

“People have suggested that the human population developed a low-grade, broad immunity to OC-43 that terminated the pandemic,” said Andre Veillette, an immunologist at Montreal Clinical Research Institute in Canada. “This coronavirus currently broadly circulates in the community in a rather peaceful way.”