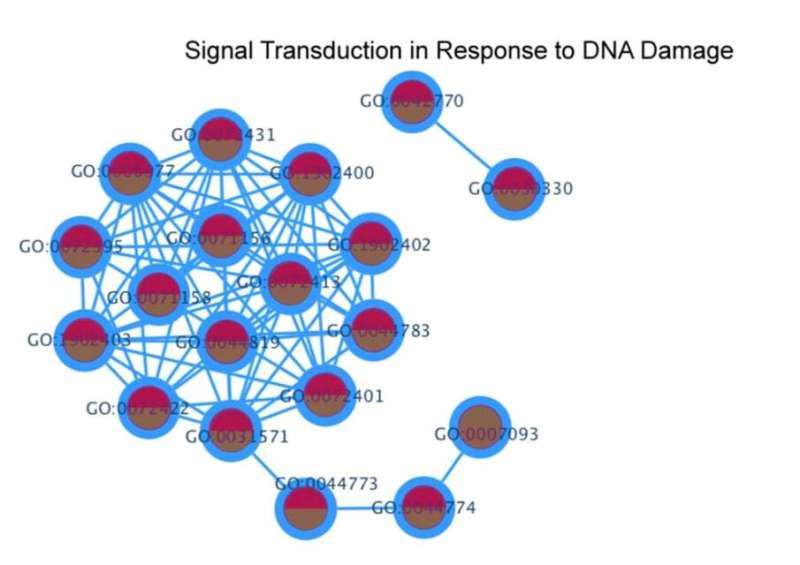 Through genetic sequencing of prostate cancer tumors from Australian, Brazilian and South African donors, the team identified a new prostate cancer taxonomy (classification scheme) and cancer drivers that not only distinguish patients by genetic ancestry, but also predict which cancers are likely to become life-threatening—a task that currently proves challenging.

“Our understanding of prostate cancer has been severely limited by a research focus on Western populations,” says senior author Professor Vanessa Hayes, genomicist and Petre Chair of Prostate Cancer Research at the University of Sydney’s Charles Perkins Centre and Faculty of Medicine and Health in Australia.

“Being of African descent, or from Africa, more than doubles a man’s risk for lethal prostate cancer. While genomics holds a critical key to unraveling contributing genetic and non-genetic factors, data for Africa has till now, been lacking.”

“Prostate cancer is the silent killer in our region,” says University of Pretoria’s Professor Riana Bornman, an international expert in men’s health and clinical lead for the Southern African Prostate Cancer Study in South Africa.

“We had to start with a grassroots approach, engaging communities with open discussion, establishing the infrastructure for African inclusion in the genomic revolution, while determining the true extent of prostate disease.”

Through sophisticated whole genome sequencing (a way of mapping the entire genetic code of cancer cells), over two million cancer-specific genomic variants were identified in 183 untreated prostate tumors from men living across the three study regions.

“We found Africans to be impacted by a greater number and spectrum of acquired (including cancer driver) genetic alterations, with significant implications for ancestral consideration when managing and treating prostate cancer,” said Professor Hayes.

“Using cutting-edge computational data science which allowed for pattern recognition that included all types of cancer variants, we revealed a novel prostate cancer taxonomy which we then linked to different disease outcomes,” said Dr. Weerachai Jaratlerdsiri, a computational biologist from the University of Sydney and first author on the Nature paper.

“Combining our unique dataset with the largest public data source of European and Chinese cancer genomes allowed us to, for the first time, place the African prostate cancer genomic landscape into a global context.”

As part of her Ph.D. at the University of Sydney, Dr. Tingting Gong, first author on the Genome Medicine paper, painstakingly sifted through the genomic data for large changes in the structure of chromosomes (molecules that hold genetic information). These changes are often overlooked because of the complexity involved in computationally predicting their presence, but are an area of critical importance and contribution to prostate cancer.

“We showed significant differences in the acquisition of complex genomic variation in African and European derived tumors, with consequences for disease progression and new opportunities for treatment,” said Dr. Gong.

This cancer genome resource is possibly the first and largest to include African data, in the world.

“Through African inclusion, we have made the first steps not only towards globalizing precision medicine but ultimately to reducing the impact of prostate cancer mortality across rural Africa,” explains Professor Bornman.

“A strength of this study was the ability to generate and process all data through a single technical and analytical pipeline,” added Professor Hayes.

The research featured in the Nature and Genome Medicine papers is part of the legacy of the late Archbishop Emeritus Desmond Tutu. He was the first African to have his complete genome sequenced, data which would be an integral part of genetic sequencing and prostate cancer research in southern Africa.

The results of the sequencing were published in Nature in 2010.

“Diagnosed at age 66 with advanced prostate cancer, to which he succumbed in late December 2021, the Archbishop was an advocate not only for prostate cancer research in southern Africa, but also the benefits that genomic medicine would offer all peoples,” recollected Professor Hayes.