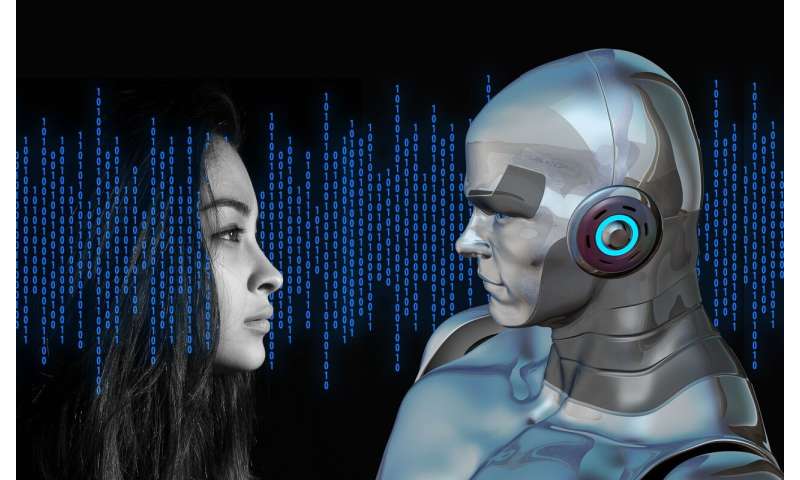 Artificial Intelligence (AI) is increasingly being used in medicine to support human expertise. However, the potential of these applications and the risks inherent in the interaction between human and artificial intelligence have not yet been thoroughly researched. The fear is often expressed that in future, as soon as AI is of sufficient quality, human expertise will become dispensable and therefore fewer doctors will be needed. These fears are further fuelled by the popular portrayal of this as a “competition” between humans and AI. An international study led by MedUni Vienna has now illustrated the enormous potential of human/computer collaboration.

The international study led by Philipp Tschandl and Harald Kittler (Department of Dermatology, MedUni Vienna) and Christoph Rinner (CeMSIIS/Institute for Medical Information Management, MedUni Vienna) now debunks the idea of this alleged competition, highlighting instead the enormous potential of combining human expertise with Artificial Intelligence. The study published in Nature Medicine examines the interaction between doctors and AI from various perspectives and in different scenarios of practical relevance. Although the authors restrict their observations to the diagnosis of skin cancers, they stress that the findings can also be extrapolated to other areas of medicine where Artificial Intelligence is used.

AI does not always improve diagnosis

In an experiment created by the study authors, 302 examiners and/or doctors had to assess dermoscopic images of benign and malignant skin changes, both with and without the support of Artificial Intelligence. The AI assessment was provided in three different variants. In the first case, AI showed the examiner the probabilities of all possible diagnoses, in the second case the probability of a malignant change and, in the third case, a selection of similar images with known diagnoses, similar to a Google image search. As a main finding the authors observed that only in the first case did collaboration with AI improve the examiners’ diagnostic accuracy, although this was significant, with a 13% increase in correct diagnoses.

“Interestingly, less experienced examiners benefit more from AI support than experienced ones. Less experienced examiners trusted AI more than did the experienced ones. The latter only accepted the AI suggestions to change their original diagnosis in cases where they themselves were unsure,” the authors wrote. A second experiment showed that all examiners, even acknowledged experts, can be misled by AI, if the output was changed to indicate false diagnoses. “The study therefore shows that a certain amount of trust in AI is required in order to benefit from it but that this trust can also have a downside.”

In a further step, the authors showed that good quality AI is able to filter out benign skin changes in a telemedicine scenario. This could significantly reduce the number of cases needing to be examined by a human expert.

The researchers then demonstrated using real, prospectively gathered data, that even inexperienced examiners can make expert-level telemedicine diagnoses with AI support. They also demonstrated in a final experiment that people can learn to use AI-generated concepts as diagnostic pointers in order to improve their own skills independently of AI.