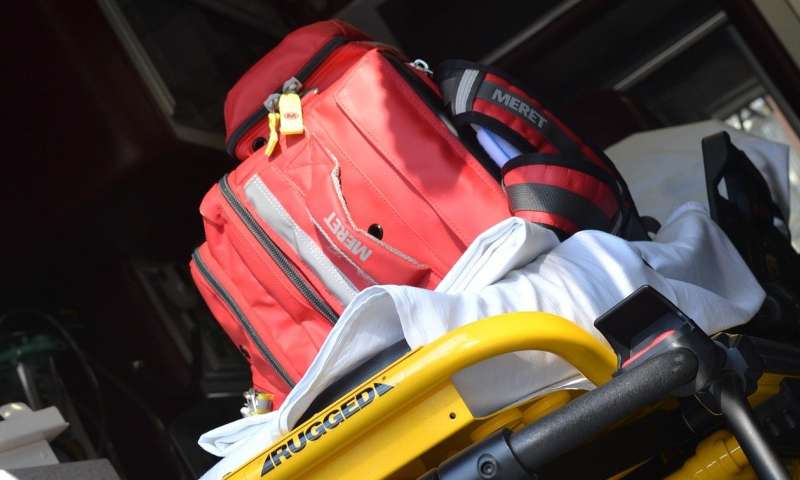 Whether or not a patient receives pain treatment when seeking emergency medical services may depend, in part, on their race or ethnicity, according to a new study by Portland State researchers. The study was published in the journal Medical Care and was led by PSU Sociology Ph.D. student Jamie Kennel and Associate Professor of Sociology Hyeyoung Woo.

“We found evidence that the odds of receiving a lower quality of care from EMS providers are higher among racial minorities in Oregon, when compared to white patients in Oregon, after experiencing traumatic and painful injuries,” said Kennel. Ph.D. students Elizabeth Withers and Nate Parson also contributed to this study.

The researchers analyzed 25,732 health records from patients seeking emergency help for traumatic injuries in Oregon between 2015 and 2017. The records came from dozens of emergency medical service (EMS) agencies, including most of the ambulance and fire organizations in the state.

The researchers found that the odds that EMS responders provided pain assessments were 21% and 31% lower for Hispanic patients and Asian patients, respectively. Furthermore, the odds of receiving pain medication for traumatic injuries were significantly lower among black, Hispanic and Asian patients (32, 21 and 24%, respectively) than they were for white patients. This was despite the fact that black and Hispanic patients reported higher average pain scores than white patients.

“Like most healthcare providers, EMS providers don’t desire to provide inequitable healthcare but often have never been exposed to evidence suggesting these disparities are taking place,” Kennel said. “We hope that, when exposed to this new evidence, individual EMS providers will work with their agencies to better understand, and take steps to mitigate, this phenomenon in their community.”

This study was unable to look at the factors that cause inequities in pain treatment, but the researchers speculated about a few possibilities, including difficulties in providing care for people with limited English proficiency.

While previous studies have found racial and ethnic disparities in medical care, this was the first to look at both pain assessment and pain medication in a large statewide database. This study was also unique in that it took into account several potential confounding variables, including insurance status, which can be used as a proxy for socioeconomic status.

“Race, unfortunately, still has a complex relationship with socioeconomic status, which—if not accounted for—can confound the results of a study like this without the steps we took to separate the influence of these factors,” said Kennel.

Kennel said he was surprised by the size of the disparities in pain assessment and treatment. “This is very large, concerning and should be motivating for change,” he said.

He noted that he and the other researchers hope these findings will positively impact patient care and how EMS agencies do their work.