Spike in millennials with depression could 'hamstring US economy'

Depression spike among millennials hits their pockets: Spending on medication is expected to rise to $4,500 a year in US and could even start to harm the economy

A spike in the number of millennials suffering from chronic health conditions could harm the US economy in years to come, experts have warned.

They expect patients to fork out an extra $4,500 (£3,516) on medications annually as rates of depression, high blood pressure and high cholesterol continue to surge.

This will result in them having less income to pump back into the country, a report has warned.

Millennials are also more likely to take time off work due to their health woes, which will result in higher unemployment rates and slower income growth, experts said. 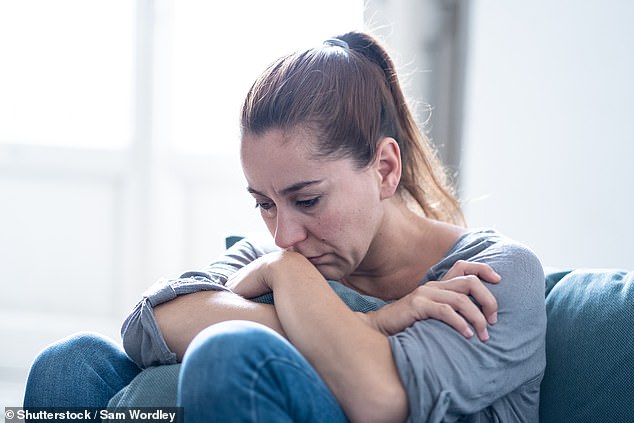 A spike in the number of millennials suffering from depression could hamstring the US economy in years to come, experts have warned (file image)

The stark warning was issued by the Blue Cross Blue Shield Association (BCBS) on Wednesday.

The BCBS is made up of 36 healthcare companies and provides coverage for one in three Americans.

Its report found that rates of depression among millennials rose by almost a third (31 per cent) in just three years, from 2014 to 2017.

The number of those suffering from ADHD shot up by 29 per cent in that time, while high blood pressure had increased by 16 per cent and high cholesterol 12 per cent.

Life expectancy improvements have stalled in the US worse than most other wealthy countries, research shows.

Experts say the financial crash in 2008 may have fuelled the trend, along with the current opioid epidemic ravaging the nation.

Since 2011, the average life expectancy in the US improved by just two-and-a-half weeks for an American man and two months for a woman.

Only one country, Iceland, showed smaller gains in life expectancy for males. The US was among the bottom five for females, ahead of only Canada, England and Wales, and Iceland.

It means that today, the average boy born in the US will live until they are just over 76 and a girl lives to roughly 81.

The worrying findings were revealed in the first international study to compare life expectancy and mortality rates from 1970 to 2016 across 22 wealthy countries.

These include Australia, New Zealand, Canada, Japan and countries in western Europe including France, Italy and Switzerland.

The researchers believe the stalling life expectancy rates in the US are partly due to the financial crash of 2008.

They also point to the ongoing opioid epidemic which claims around 70,000 lives a year.

Analysts did not predict the exact toll it would have on the economy, but they estimated it could cost millennials an extra $4,500 in healthcare a year.

Under the worst-case scenario, millennial health-care costs could climb 33 per cent, according to the report.

If the trend continues and nothing changes, there could be an increase of more than 40 per cent in death rates, the experts claimed.

The generation is known for being technological savvy, having spent adolescence and, now, young adulthood surrounded by modern gadgets.

They are expected to become the largest generation as more baby bloomers – born between 1946 and 1964 – die out.

Mark Zandi, chief economist for Moody’s Analytics, which prepared the report using BCBS data, claimed the 2008 financial collapse has had a knock on effect on millennials’ health woes.

He said that entering the workforce in the middle of the crisis and extortionate student loans have put increased stress on the generation.

While the report looked exclusively at chronic health conditions, other research has raised concerns about different aspects of millennial health.

Drug-related deaths as well as suicide rates have also surged since 2014.