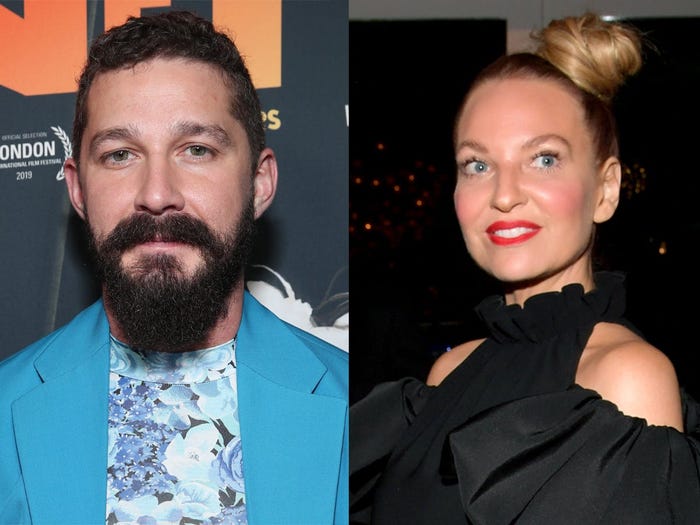 Sia, the singer known for her face-covering bangs, called "Honey Boy" actor Shia LaBeouf a "pathological liar" and claimed he tricked her into a relationship by falsely telling her that he was single at the time.

Sia shared these claims on Twitter on December 12, a day after singer FKA Twigs filed a lawsuit against LaBeouf, accusing him of sexual battery, assault, and infliction of emotional distress during their yearlong relationship.

"I too have been hurt emotionally by Shia, a pathological liar, who conned me into an adulterous relationship claiming to be single," Sia wrote alongside a link to the New York Times story on the lawsuit. "I believe he's very sick and have compassion for him AND his victims."

In her post, Sia also called Twigs "courageous," and said she was proud of her for sharing her experience.

It's unclear when LaBeouf and Sia were romantically connected, as the singer didn't give any details about their relationship. They worked together on the set of Sia's "Elastic Heart" music video, which LaBeouf appeared in and was released in January 2015.

On Friday, the New York Times reported 32-year-old FKA Twigs, who was born Tahliah Debrett Barnett, had filed the lawsuit in Los Angeles County Court. In the documents, FKA Twigs said LaBoeuf often grabbed her until she became bruised, started night-long fights that exhausted her, and forced her to sleep naked. He also kept a gun at his bedside and instructed her to avoid eye contact with male waiters when they dined out.

LaBeouf was previously arrested on since-dropped charges of assault and disorderly conduct, the Times reported. Representatives for LaBeouf did not immediately respond to Insider's request for comment.

FKA Twigs told the Times she filed the time- and cost-intensive lawsuit in the hopes of raising awareness about how often domestic violence happens and who it happens to.

"What I went through with Shia was the worst thing I've ever been through in the whole of my life," FKA Twigs told the New York Times. "I don't think people would ever think that it would happen to me. But I think that's the thing. It can happen to anybody."