Sex addiction is more common than previously thought: One in 10 men and one in 12 women are hooked, study shows

Some 10 percent of men and seven percent of women struggle to control sexual thoughts and urges, a new study reveals.

A healthy sex life has been shown to have benefits for health and happiness, but when sex becomes a compulsion it can interfere with every day functioning and cause distress to those who must constantly fight urges.

Researchers at the University of Minnesota found that the number of Americans struggling with difficult-to-control sexual desires may be increasing. 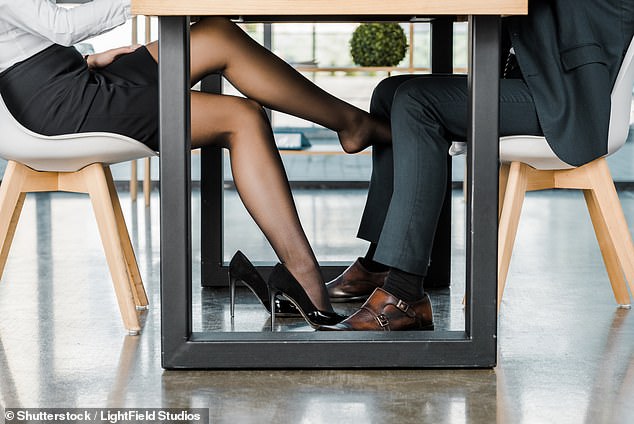 American attitudes toward sex have undergone something of a transformation in the last several decades.

In the 1970s, the majority of men and and women in the US disapproved of sex before marriage.

Now, most milennials are in favor of sex before marriage, casual sex is on the rise, and far more open to the idea of same sex couples and activities.

Coupled with a seemingly relentless stream of sexual misconduct movements fueling the #MeToo movement, some psychiatrists, parents and public health experts have worried that sexual behavior is getting out of control.

But it’s a divisive subject, and despite these concerns, hypersexuality – also referred to as sex addiction – has been turned down by the Diagnostic and Statistical Manual of Mental Disorders (DSM) each time its addition was been proposed.

Still, it’s remained a concern to University of Minnesota psychiatrist Dr Janna Dickenson, especially in light of the growing number of celebrities and high profile people who have publicly admitted their compulsions.

‘From Tiger Woods to Harvey Weinstein, news articles have conjectured that ‘sex addiction’ is a growing and heretofore unrecognized ‘epidemic,’ while the scientific community debates whether such a problem even exists,’ she said.

‘Although psychiatry has a long history of attempting to characterize hypersexuality, researchers and clinicians have disparate views regarding whether it represents a true psychiatric disorder or is merely indicative of a larger sociocultural problem- labelled as out-of-control sexual behavior.’

How to define and label this also divides the experts but a new recognized classification of compulsive sexual behavior disorder (CSBD) was used.

‘Such distress and impairment includes neglecting social activities or personal health, repeatedly attempting to control sexual behavior unsuccessfully, and continuing to engage in sexual behavior despite adverse consequences or even when the individual derives minimal pleasure from his or her sexual activities.’

Yet previous studies found most were in denial and relatively few individuals perceived their sexual behavior as problematic.

Previous estimates for the US suggested prevalence ranged from one to six percent in adults, with the expectation that sexual compulsions would be two to five times more common among men. 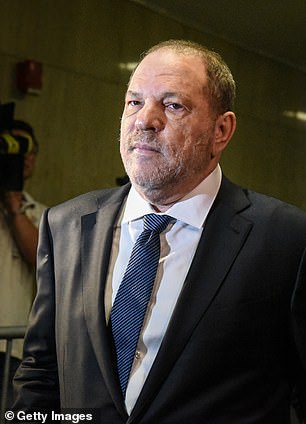 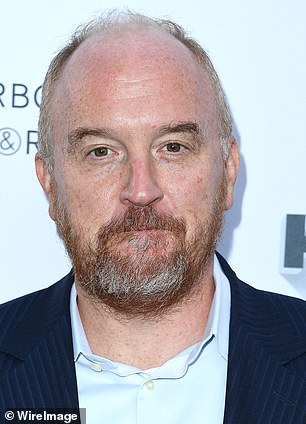 Amid the #MeToo movement, disgraced Hollywood mogul Harvey Weinstein (left) and comedian Louis CK (right) have both claimed that they struggle with sexual compulsions

So the new study set out to get an accurate estimate of the prevalence of CSBD by questioning 2,325 adults – 50.5 percent of whom were women – aged 18 and 50 taking part in the National Survey of Sexual Health and Behavior in November 2016.

The study found that 8.6 percent of the nationally representative sample – seven per cent of women and 10.3 per cent of men – endorsed clinically relevant levels of distress and/or impairment associated with difficulty controlling sexual feelings, urges, and behaviors.

Dr Dickenson said the gender difference was much smaller than hypothesized.

‘Explanations justifying the hypothesis that CSBD may be much more common among men than women have been vague, although some researchers have pointed to differences in male sexuality with regard to intrinsic sexual motivation, ease of arousal, and more permissive attitudes toward casual sex,’ she said.

‘Such explanations tap into the sociosexual culture that underlies conceptualizations of masculine ideology, in that male sexuality as ‘irrepressible,’ and suggest that when men get more access to sexual ‘outlets,’ they may be more prone to developing compulsive sexual behavior.’

Traditionally, sex has been seen as a male behavior, while women have been expected to be modest and less interested in sex – particularly in the US, where social values were first founded on Puritanical Christianity.

‘Feminine ideology that marks women as the ‘sexual gatekeepers.’ who are expected to keep sexual urges in check and, thus, would be less likely to develop compulsive sexual behavior,’ said Dr Dickenson.

But that’s finally beginning to change.

‘Given recent cultural shifts toward becoming more permissive of female sexual expression and the proliferation in accessibility to sexual imagery and casual sex through the internet, software applications, and social media, one possible explanation for the smaller gender differences found in our study is that the prevalence of difficulty controlling sexual behaviors among women may be increasing.’

Dr Dickenson concluded: ‘The high prevalence of this sexual symptom has major public health relevance as a sociocultural problem and indicates a significant clinical problem that warrants attention from health care professionals.

‘Moreover, gender, sexual orientation, race/ethnicity, and income differences suggest potential health disparities, point to the salience of sociocultural context of CSBD, and argue for a treatment approach that accounts for minority health, gender ideology, and sociocultural norms and values surrounding sexuality and gender.’

She advised that health professionals should be on ‘alert,’ as sexual compulsions become more common, and perhaps more distressing to those fighting them.