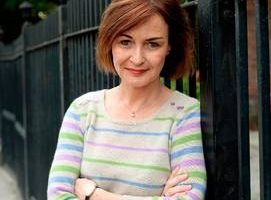 Health Minister Simon Harris has said the case of a seriously ill woman who was wrongly told she did not have a faulty gene which increased her odds of cancer is likely to be “an isolated incident”.

The minister said today that Our Lady’s Children’s Hospital, Crumlin will complete a review of the case early this week – but the indications are that it was a “human error in transcribing the result of the test”.

It comes after the woman spoke of her distress last night at the failure to receive a personal apology for the potentially life-threatening blunder.

The woman, who was incorrectly informed she tested negative for the BRCA1 gene in 2009, is now in “a grave situation” and fighting ovarian cancer. The Department of Clinical Genetics, which is based in Our Lady’s Children’s Hospital, Crumlin, and tests children and adults for inherited family diseases, has blamed a “transcription error” for the mistake.

The woman’s test was analysed at a laboratory in the UK and was correctly read as positive. However, a senior official in the Dublin centre said in a letter that it was negative.

The woman’s case has triggered a review of how thousands of positive BRCA1 and BRCA2 test results were processed at the centre since 2008 and if the results were communicated properly to all women. A senior official is on leave.

Mr Harris told reporters today that the review is to “provide reassurance to any woman who has been through that service” but isn’t expect to throw up any more anomalies.

“I think that’s the right and proper thing to do. They have been very clear that this shouldn’t be a cause of alarm and concern.

“But they are likely to conclude that review early this week in which case we’ll be able to be very definitive about the matter,” Mr Harris said.

“As of now it is the view of the children’s hospital group that this is a very tragic but isolated incident where there was a transcription error.

“It’s not a testing error. That doesn’t seem to be the case at all. More a human error in transcribing the result of the test.”

Caoimhe Haughey, solicitor for the woman, said last night her client was very upset and angry at the centre and the hospital.

“Nothing, absolutely nothing has been communicated directly to this lady by the hospital,” she said. Ms Haughey said the women received no explanation and no apology.

Earlier, the Children’s Hospital Group said it apologised to the woman at the centre of this transcription error and regretted the events.

A spokeswoman said: “All facts in this incident currently point to the fact that a transcription error of a genetic test result occurred. This is currently considered to be an isolated incident caused by human error. This fact has been communicated to the woman involved through her treating clinician.

“As a precautionary measure, a review by Our Lady’s Children’s Hospital, Crumlin, is currently under way of all transcriptions of BRCA tests to ensure tests results were transcribed correctly and that no similar transcription error has occurred.

“We want to offer reassurance to other patients who have undergone testing that this is not a testing error and therefore there is no cause for concern or distress.”

However, Ms Haughey said her client was calling for a wider review. “She wants answers and above all personal accountability – why did this happen to her and an explanation as to how?”

She referred to a letter from Professor Andrew Green, head of the centre, that his letter of 2010 incorrectly said her genetic test was normal.

“Not one person from the hospital has contacted this lady to date adding insult to injury,” said Ms Haughey.

“This lady also wants to send out a very sincere and important message to other women and families who have undergone genetic testing at the hospital over the last 10 years and that is to contact your doctor and demand a full review of your chart immediately.”

The centre, which offers a range of tests for a range of health conditions, has been the subject of a number of critical reports in recent years.

A spokeswoman for Health Minister Simon Harris said he had been assured the error would not be replicated. A meeting between senior officials in the centre, the woman and her consultant is due shortly.