Blood drawn from nine people in the earliest days of the pandemic tested positive for the infection. But some experts questioned the results. 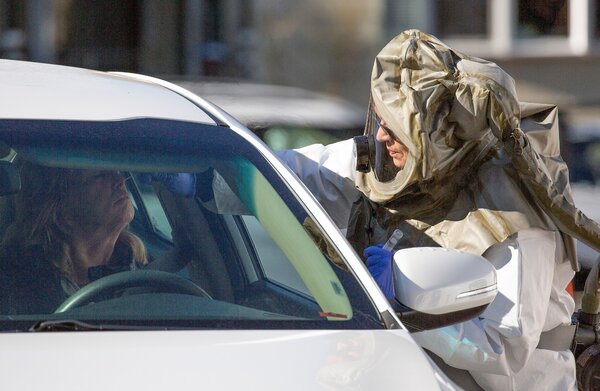 When did the coronavirus arrive in the United States?

The first infection was confirmed on Jan. 21, 2020, in a resident of Washington State who had recently returned from Wuhan, China. Soon after, experts concluded that the virus had been in the country for weeks.

A study published on Tuesday offers new evidence: Based on an analysis of blood tests, scientists identified seven people in five states who may have been infected well before the first confirmed cases in those states. The results suggest that the virus may have been circulating in Illinois, for example, as early as Dec. 24, 2019, although the first case in that state was confirmed a month later.

But the new study is flawed, some experts said: It did not adequately address the possibility that the antibodies were to coronaviruses that cause common colds, and the results could be a quirk of the tests used. In addition, the researchers also did not have travel information for any of the patients, which might have helped explain the test results.

“This is an interesting paper because it raises the idea that everyone thinks is true, that there were infections that were going undiagnosed,” said Scott Hensley, an immunologist at the University of Pennsylvania.

But the small number of samples that tested positive made it difficult to be sure that they were true cases of infection and not just a methodological error. “It’s hard to know what is a real signal and what isn’t,” he said.