Sacklers Would Give Up Ownership of Purdue Pharma Under Settlement Proposal

The Sackler family would give up ownership of Purdue Pharma, the company blamed for much of the opioid epidemic, and pay $3 billion of their own money under terms of a settlement proposal to resolve thousands of federal and state lawsuits, according to a person familiar with the negotiations.

The discussions have been going on for months as Purdue and the Sacklers have sought to prevent any new lawsuits against individual members of the family as well as their company.

If all the parties agree and the settlement is completed, Purdue would be the first among some two dozen manufacturers, distributors and retailers of prescription opioids facing lawsuits nationwide to settle all claims against it for its role in a public health crisis that has killed hundreds of thousands of people in the past two decades.

A document outlining a tentative negotiated agreement, which was described to The New York Times, valued the family’s and company’s contributions at between $10 billion and $12 billion, including the $3 billion Sackler contribution.

But it would not be a straightforward cash payout. The bulk of the funds would come from restructuring the company under a Chapter 11 bankruptcy filing that would transform it from a private company into a “public beneficiary trust.” That would allow the profits from all drug sales, including the opioid painkiller OxyContin, to go to the plaintiffs — largely states, cities, towns and tribes.

In addition, the company would give its addiction treatment drugs to the public without cost. Those drugs are currently under development and have received fast-track review status by the Food and Drug Administration. They include tablets to blunt opioid cravings and an over-the-counter nasal spray to reverse overdoses. 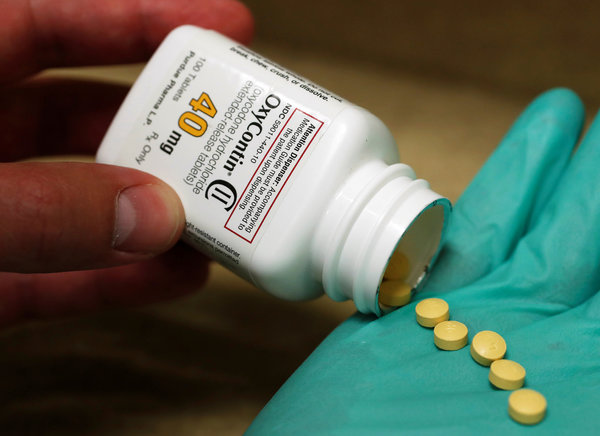 The value of the profits from the new trust and the drug donations is estimated to total between $7 billion and $8 billion.

In addition to their $3 billion cash payout, the Sacklers would sell another drug company they own, Mundipharma, and contribute an additional $1.5 billion from the proceeds.

The settlement talks were first reported by NBC. Purdue emailed a statement in response to the reports: “While Purdue Pharma is prepared to defend itself vigorously in the opioid litigation, the company has made clear that it sees little good coming from years of wasteful litigation and appeals. The people and communities affected by the opioid crisis need help now. Purdue believes a constructive global resolution is the best path forward, and the company is actively working with the state attorneys general and other plaintiffs to achieve this outcome.”

Maura Healey, the Massachusetts attorney general, who filed the first state lawsuit against individual Sackler family members, declined to comment on the content of the settlement negotiations.

The settlement talks have been underway for months, largely at the behest of Judge Dan Polster, the federal judge in Cleveland who is overseeing some 2,000 lawsuits by the local governments against companies in the opioids industry.

Purdue wants to achieve what is called a global settlement — an agreement by all parties that would end the lawsuits. To reach that goal, both the states, whose cases have been brought by their respective attorneys general, and the federal plaintiffs would have to make a unified agreement with Purdue.

The framework for the agreement and which plaintiffs would sign on to it are still in flux. People familiar with the discussions expressed dismay that news was leaked at the 11th hour, just before the participants were to give a status report to Judge Polster on Friday. Some worried that the publicity could compromise the already delicate talks.

Judge Polster had ordered all participants not to speak to anyone outside the negotiations about the content.

The executive committee for the plaintiffs issued a terse statement to The New York Times: “Per Judge Polster’s confidentiality order that we will respect, we cannot speak publicly to any speculation or media reports on settlement negotiations with the defendants we are preparing to litigate against in federal court this fall.”

Currently, about 10 states have been at the negotiation talks. What remains to be seen is whether the other 38 or so states that have filed lawsuits will agree. Also up in the air is whether a larger group of 34,000 cities and counties that have not yet filed lawsuits would agree to be bound by this framework.

If the agreement can be completed, Purdue would immediately file for bankruptcy and be under the supervision of a bankruptcy judge. The judge would appoint three independent trustees, who would in turn name a board of directors for the new public beneficiary trust. The independent trustees and the board would make all decisions about how the revenues from continuing operation of Purdue’s businesses should be handled.

The Sacklers would no longer be involved in the companies founded by three Sackler brothers in the 1950s.

Although Purdue has a relatively small share of the opioid market in the United States, its introduction of the prescription painkiller OxyContin in 1996 and no-holds-barred sales tactics are widely seen as initiating the two-decade-long slide into opioid addiction that gripped the country.

Even as early as 2007, Purdue and three top executives pleaded guilty in federal court to criminal charges that they misled regulators, doctors and patients about the drug’s risk of addiction and its potential to be abused. But despite paying a fine of $600 million, the company continued its aggressive promotion of the drug, playing down its risk and overselling its benefits.