Purdue Pharma’s negotiations to settle thousands of lawsuits over the company’s role in the opioids crisis have turned into a standoff between members of the Sackler family, who own the company, and a group of state attorneys general over how much the family should pay and whether it can continue selling drugs abroad.

The Sacklers are deep in negotiations that, if finalized, would force them to give up ownership of Purdue, the company widely blamed for the onset of the opioid epidemic with its aggressive marketing of the prescription painkiller OxyContin. But they want to keep selling OxyContin and other drugs abroad for as many as seven more years, through another company they own, Mundipharma, based in Cambridge, England.

Some attorneys general, particularly in wealthier states like New York, Massachusetts and Connecticut, are resisting that and other issues related to the foreign business.

“Connecticut demands that the Sacklers and Purdue management be forced completely out of the opioid business, domestically and internationally, and that they never be allowed to return,” said Attorney General William Tong of Connecticut.

Lawyers representing more than 2,000 local governments suing Purdue in federal court have some objections of their own, but are more hopeful that a deal can be reached, according to several people familiar with the negotiations.

A big issue is how much cash the Sacklers would have to pay to settle. In the talks, which have gone on for more than a year, all plaintiffs — cities, counties and tribes as well as states — originally wanted $6 billion. The Sacklers are now offering to pay $3 billion over seven years, plus an additional $1.5 billion, but with significant contingencies. The second payment would depend on the eventual sale of Mundipharma, netting at least $4.5 billion, after taxes, which is not a certainty. The family is aiming to have that sale finance their entire payout.

Some state attorneys general want the $4.5 billion in cash upfront instead and a more expeditious sale of Mundipharma, but at a negotiating session last week in Cleveland, representatives for the Sacklers rejected that, according to a person familiar with the discussion.

Purdue and representatives of the Sackler family declined requests for comment. In a statement earlier this week, Purdue said that “it sees little good coming from years of wasteful litigation and appeals,” adding that the company “believes a constructive global resolution is the best path forward, and the company is actively working with the state attorneys general and other plaintiffs to achieve this outcome.” 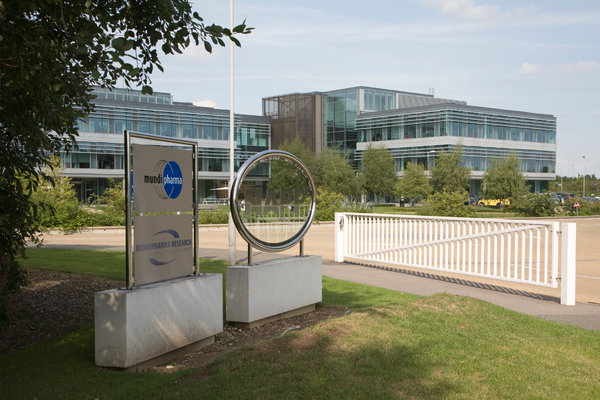 The potential settlement deal would have the Sacklers giving up ownership of Purdue and putting it into bankruptcy. A variety of scenarios could then ensue, including its outright liquidation, with the proceeds going to the litigants, or a restructuring of Purdue into a trust with profits going toward paying additional compensation and providing free access to addiction treatment drugs.

The negotiations are taking place under the prodding of Judge Dan A. Polster of Federal District Court in Cleveland who is overseeing multi-district litigation involving claims filed by cities, counties, tribes and others. The states, which have cases against the opioid industry pending in their own state courts, are not parties to that litigation. But they were brought into the process at the judge’s urging to settle all claims against Purdue and other manufacturers, distributors and retailers of opioids. The settlement is intended to help compensate state and local governments for medical treatment, law enforcement and emergency costs stemming from addiction and overdoses that have led to hundreds of thousands of deaths in the past two decades.

The talks continue to be “fluid,” as several people familiar with the negotiations characterized them, and the parties are next expected to report to Judge Polster on Wednesday.

News of the possible settlement with the Sacklers and Purdue leaked Wednesday and set off a flurry of discussions, as lawyers jostled for leverage.

All of this is taking place under the threat of a possible Chapter 11 bankruptcy restructuring by Purdue that, in the absence of a settlement, could leave the states, cities and counties fighting it out for years with creditors of the drug company.

Arriving at a just calculus is extremely difficult. In addition to putting a price tag on Purdue’s responsibility for the public health crisis, lawyers are trying to assess the fortune that the Sacklers made from opioids, the value of proposals on the table, and how the optics of any deal will appear to voters.

Almost every state has filed a lawsuit against Purdue and other opioid manufacturers, with many also naming distributors and retailers. But the states’ priorities differ. States like New York and Massachusetts, who were among the first to name individual Sacklers in their lawsuits, have the staff and financing to conduct their own investigations, and are in a stronger position to hold out. But some states, whose opioid-related budgets are faltering, seem more willing to strike a deal sooner, according to several people familiar with the negotiations.

The negotiations intensified a week ago at the meeting in Cleveland, which some representatives of the Sackler family attended, along with lawyers representing the federal cases as well as about a dozen states, including New York, Massachusetts, Ohio, Connecticut, Pennsylvania, Maryland, North Carolina, Texas, New Jersey, Louisiana, Florida and Tennessee.

Elizabeth Burch, a professor at the University of Georgia School of Law who studies complex litigation, said the opioid defendants are fighting legal battles on multiple fronts. That constellation of legal activity may prompt some state attorneys general to balk at entering a global settlement, believing they can individually cut a better deal.

Adding kindling to the fire, Attorney General Dave Yost of Ohio on Friday filed a motion with a federal appeals court, arguing that the consolidated local cases before Judge Polster have “hampered” the ability of his office and other states to negotiate settlements with opioid industry defendants.

Mr. Yost contends states are in a better position to litigate claims and wants to block the start of a bellwether trial in October against opioid manufacturers, distributors and retailers, which is meant to test the strength of local government claims. The looming trial, which currently names Purdue among the defendants, is another factor goading the current talks.

The Sackler family’s net worth has been estimated by Bloomberg at $13 billion, so paying $3 billion to settle their claims would still leave them with a substantial fortune. And even so, some investigators believe they are worth much more. Earlier this month, the office of the New York State attorney general, Letitia James, sent subpoenas to 33 financial institutions and investment advisers tied to the Sackler family as they seek to trace billions of dollars that prosecutors believe the family took out of Purdue. But the case is unlikely to be resolved soon, leaving the extent of their fortune a mystery.

Purdue has been under scrutiny for years. Back in 2007, the company and three of its executives pleaded guilty to criminal charges that they misled regulators, doctors and patients about the risk of OxyContin addiction and the potential for abuse.

Many observers agree that the Sackler family, which has controlled Purdue, needs to give up their whole network of pharmaceutical companies, not just Purdue.

“They can’t be in this anymore, period,” said Keith Humphreys, a professor at Stanford University and former drug policy adviser to President Obama, adding, “You have to go to the root, which is the family.”

Danny Hakim is an investigative reporter for the business section. He has been a European economics correspondent and bureau chief in Albany and Detroit. He was also a lead reporter on the team awarded the 2009 Pulitzer Prize for Breaking News. @dannyhakim • Facebook