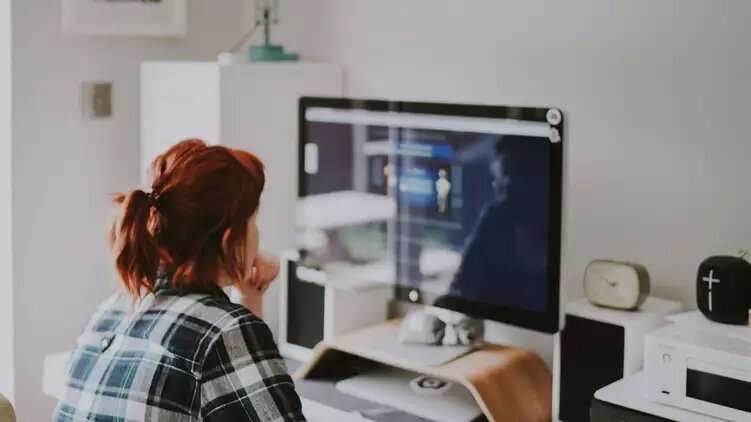 Physical distancing policies and particularly stay-at-home work mandates have proven highly effective at slowing the spread of the COVID-19 virus. But these measures have had numerous unwanted consequences, including dramatic reductions in economic productivity. Are there alternative methods that have the potential to simultaneously contain pandemic spread while also minimizing negative economic effects? Researchers at the Max Planck Institute for Human Development examined this question using data and methods commonly excluded from pandemic-control policy design. Their findings were published in Scientific Reports.

Throughout the COVID-19 pandemic, the chief non-pharmaceutical intervention has been physical distancing, including widespread closure of shared workspaces and a concomitant shift to remote work where possible. These measures are not only disruptive to workers, workplaces and economies, but also likely to cause long-term shifts in working patterns. Their economic costs have been significant, including losses in working hours and a drop in global Gross domestic product (GDP), the full magnitude of which will not be known until the pandemic is over.

Researchers at the Max Planck Institute for Human Development investigated the efficacy of various pandemic containment measures through data-based simulations. By focusing on occupational interventions, and using detailed data on the distribution of the workforce across occupations, wage and workplace proximity, they were able to model the economic impact of particular containment strategies alongside each intervention’s epidemiological impact.

“We conducted simulations of how diseases such as COVID-19 spread primarily through a workforce, rather than just through an indistinguishable population of people, which is a simplification that people often make,” explains Alex Rutherford, senior research scientist and principal investigator at the Center for Humans and Machines at the Max Planck Institute for Human Development and co-lead author of the study. “We saw that the nature of one’s job had strongly affected the outcome of the pandemic.”

The team used public data on jobs to assign a “proximity score” to each occupation. This reflected how many people a given worker was likely to be in contact with. From this they built a “contact network” showing how an infectious disease such as COVID-19 spreads from person to person.

The data was from New York City, treated as a paradigmatic urban setting, and include both occupational information and data from public databases, such as the “Occupational Information Network” (O*NET), which collects occupational data and statistical and economic information from the United States. Such categories of data rarely figure in the design of pandemic control policies. Using data on salaries, the number of people doing each job in NYC and whether they can work from home, the team measured the social and economic effects an epidemic has specifically due to the actions taken to try to stop it. The social effects are based on how many people get infected and the economic costs are based on how many people are furloughed and have their salary covered because they can’t work from home.

The researchers compared how effective various contact reduction interventions were on lessening the impact of the epidemic; socially and economically. These ranged from no intervention to very complex measures based on the structure of the contact network of the respective professional group.

“Our findings demonstrate that the structure of the contact network heavily influences disease dynamics in non-trivial ways,” explains Demetris Avraam, first author of the study and postdoctoral researcher at the Center for Humans and Machines at the Max-Planck-Institute for Human Development. For example, furloughing a small proportion of workers can lead to pruning of the network in such a way that the epidemic persists for a long time, albeit at low levels, leading to a long and costly furlough. Intuitive strategies such as furloughing workers based on the essentialness of their job, by wage or at random all perform poorly on this basis. In contrast, network-based metrics such as degree and centrality are able to reduce the peak of the infection (flattening the curve) and also reduce the epidemic duration.

The researchers found that the basic strategy of worker removal according to the number of close personal contacts that worker has, performs approximately the same as more complex metrics based on complete network structure or other occupational characteristics.

“In practice, the number of contacts could be estimated simply using a smartphone app that estimates Bluetooth proximity to other terminals without tracking IDs,” says study co-lead author Manuel Cebrian, Leader of the Digital Mobilization Group at the Center for Humans and Machines at the Max Planck Institute for Human Development. His research has included how smartphone data and tracing apps can be used for pandemic response.