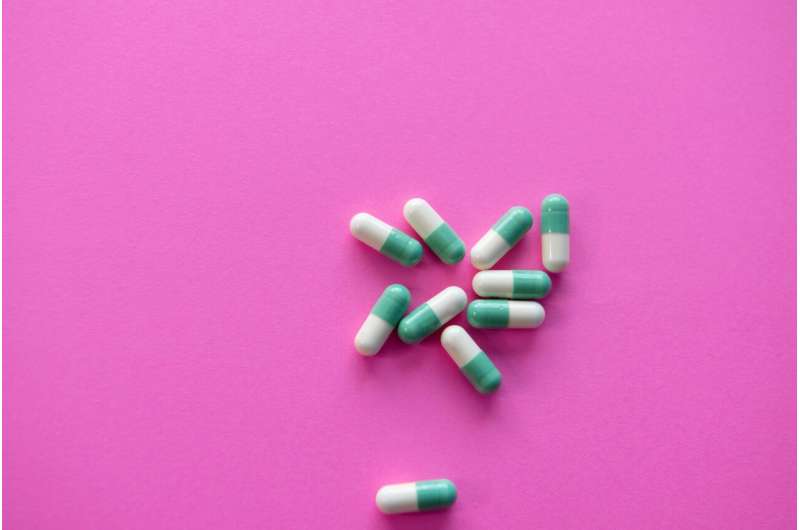 Mailed opioid disposal kits led to 60 percent of patients who had leftover opioid pain pills properly disposing of them after surgeries, according to a new study by researchers at the Perelman School of Medicine at the University of Pennsylvania. Just 43 percent of patients in this study who didn’t receive the kits disposed of their opioids, but when compared to national studies, the mailed kit group in this research appeared to double or even triple the previously seen rates of safe disposal. Pointing to a potentially effective method for cutting down on a source of illicit opioids, this study was published today in JAMA Network Open.

“I was pleased to see that such a simple, ‘snail mail’ approach could change behavior and promote self-reported disposal,” said the study’s lead author, Anish Agarwal, MD, an assistant professor of Emergency Medicine and chief wellness officer of the Department of Emergency Medicine at Penn Medicine. “The opioid epidemic clearly continues to be front and center for patients, and the concerns with opioid use and misuse are becoming a real part of the conversation between physicians and patients. I think patients are more aware of the risks and consequences of using opioids and storing them in their homes.”

Leftover opioid medications are a concern for their potential to be misused, either by the person they were prescribed to or someone else taking them. But just throwing leftover pills into the trash may not be the best option.

“Throwing them in the trash can be dangerous if tabs are ingested by kids or animals, and there are environmental concerns,” said the study’s senior author, M. Kit Delgado, MD, an assistant professor of Emergency Medicine and Epidemiology and deputy director of the Penn Medicine Nudge Unit. “When safe disposal site are not available, the FDA recommends that certain high-risk medications, including opioids, be flushed down the toilet due to their high-risk nature. However, there are also environmental concerns with doing this.”

While safe disposal sites, like certain pharmacies, are the best option, patients often don’t use them because they may not be easily accessible or it takes extra effort. So Agarwal, Delgado, and colleagues decided to test whether an added layer of convenience—mailing safe disposal kits—might make a difference.

Taking place between April 19 and June 1, 2021, the study consisted of 235 patients who completed it. All these participants had an orthopaedic or urologic procedure and were prescribed opioid pain medication for their recovery. Split roughly in half, the usual procedure was applied to one group: They were texted instructions to dispose of their unused opioids along with a link detailing the locations of local safe disposal points to drop off their unused opioid tablets. The second group received the same text message instructions but also received mailed disposal kits four to seven days after their procedures.

Some national studies show that only about 20 to 30 percent of patients properly dispose of their extra opioids, which means that the impact of the mailed kits—increasing those numbers to 60 percent—could be even greater than observed in this study. On top of that, even though the mailed kit group of patients only consisted of 125 patients, the intervention resulted in the safe disposal of 480 unused tablets.

“This is a smaller study, but removing almost 500 opioid tablets out of medicine cabinets and out of communities where they could do harm could be impactful,” said Agarwal. “One could imagine that if scaled up to the thousands of surgeries that are done per year in our health system and millions done in the U.S., how this could be extremely impactful at scale.”

Mailing the kits is not “prohibitively expensive,” Agarwal said, as they cost up to $2 each.

“We are looking into ways to expand our reach and potentially explore other distribution methods,” Agarwal said. “The most rewarding part of my job is that our research team also serves in key operational roles for the health system’s opioid task force, as well as other important initiatives to ensure we are treating patients’ pain, optimizing prescribing based on patient feedback, and making it easy to make evidence-based decisions. It’s great to build innovative approaches and evaluate them in real-time.”

The study fits into a wider effort to curb the opioid epidemic at the health system level.

“In parallel to our efforts to optimize how we distribute these kits to patients, such as directly handing them to them upon discharge or at prescription fill, we must also make efforts around shared decision-making and right-sizing prescriptions to meet patient needs,” Delgado said.