Prenatal diagnostics: Expectant parents should be able to make an informed decision 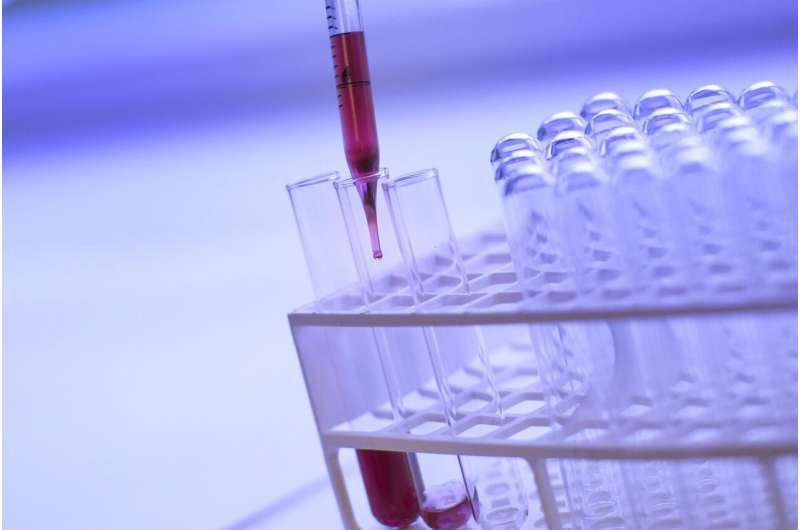 Prenatal diagnostic examinations provide information about possible anomalies, hereditary diseases and malformations of the fetus long before birth. However, the procedures are not without risks. The Austrian Institute for Health Technology Assessment (AIHTA) has now analyzed the regulation and financing of these examinations in six European countries. One of the key findings of the study is that professional counseling is needed so that expectant parents can make an informed decision about whether and which examinations they want to take advantage of.

Looking at the unborn life is more than just “baby watching.” With the help of prenatal diagnostics, anomalies, diseases and malformations can be discovered before the birth of the child. “The term is misleading, however, because prenatal diagnostics also includes screening procedures that do not allow for clear diagnoses,” says Inanna Reinsperger from AIHTA, who has now analyzed the handling and financing of the different examinations in six European countries in a report initiated by the Federal Ministry of Social Affairs, Health, Care and Consumer Protection (BMSGPK).

For example, first-trimester screening (FTS) or the Combined Test (CT), which involves a nuchal translucency scan of the fetus via ultrasound and a blood test of the expectant mother, only provide a certain probability of chromosomal abnormalities such as trisomy 21 (Down syndrome), trisomy 18 (Edwards syndrome) and trisomy 13 (Paetau syndrome). “This means that there may also be false positive test results. This uncertainty can only be eliminated by a subsequent invasive examination—but this also increases the risk of miscarriage,” Reinsperger explains. According to the AIHTA report, FTS/CT is offered to all pregnant women and publicly financed in three of the six countries examined, specifically in Switzerland, the United Kingdom and Italy. In Germany, screening must be paid for entirely privately.

The Netherlands and Norway are taking a different approach and have replaced the FTS/CT with the so-called “non-invasive prenatal test” (NIPT). Here, the free fetal DNA components of chromosomes 13, 18 and 21 that can be detected in the maternal blood are counted from a blood sample of the pregnant woman. “Although this test is significantly more accurate than first-trimester screening due to its higher specificity and sensitivity, it cannot completely exclude the risk of false-positive and false-negative results,” says study leader Reinsperger.

Of the nations studied, only in the Netherlands is the NIPT currently offered to all women as the first screening test. “Women can take advantage of the test with a co-payment of 175 euros as part of a scientific study. For pregnant women at increased risk (age over 35, hereditary risk or abnormal ultrasound findings), the NIPT is entirely publicly funded,” the AIHTA report states. In Switzerland, Great Britain and Norway, NIPT is offered to women with an increased risk (e.g. due to an abnormal result in the FTS/CT) and is covered by the health insurance.

In Germany, the recent decision to introduce NIPT as a health insurance benefit in certain cases has triggered a major debate. The main point of criticism is that NIPT has no medical benefit in the sense that it does not maintain, restore or improve the health of either the pregnant woman or the unborn child, and therefore does not actually meet the criteria for inclusion in the catalog of services provided by statutory health insurance funds.

While the financing and regulation of screening procedures are handled very differently in the six countries, there were broad similarities between countries regarding the ultrasound screening for fetal anomalies in the second trimester, in Austria also known as “organ screening,” and the invasive diagnostic procedures. Ultrasound screening for fetal anomalies is offered to all pregnant women in the countries studied for the analysis and is usually publicly funded. Only in Germany do pregnant women need a referral due to increased risk in order for the costs to be covered by health insurance.

Invasive tests based on the analysis of amniotic fluid (amniocentesis) or tissue from the placenta (chorionic villus sampling) are offered in all six countries exclusively to pregnant women with risk factors (abnormal ultrasound findings or FTS or NIPT indicating a high risk for a chromosomal abnormality). In these cases, the costs are covered by the public sector.

Make an informed decision based on professional advice

Reinsperger sees professional counseling as being of central importance: “It is not about presenting an examination procedure as being better or more important, but about pregnant women being able to make an informed, evidence-based decision about whether or not they want to have examinations carried out and, if so, which ones.”

On the basis of this counseling, the parents-to-be should also be able to correctly assess test results. For example, the probability that a 40-year-old pregnant woman who receives a high-risk NIPT result for trisomy 21 will actually give birth to a child with Down syndrome is 93%. In comparison, the probability for a 25-year-old woman is only 51% due to the different baseline risk. “This must be taken into account when deciding which pregnant women to offer the test to,” the AIHTA report states. Reinsperger adds: “It is important to consider beforehand what consequences a test result will have for you personally. Therefore, it is also important to explain to the women or expectant parents during counseling what these probabilities mean.”

The analysis showed that counseling in connection with prenatal screening and diagnostic tests is offered in all six selected countries. However, information about the benefits and risks of the tests is handled differently. In the U.K. and the Netherlands, it is an explicit part of the screening program and is usually provided by certified midwives at the beginning of pregnancy. For quality assurance purposes, they have to carry out a minimum number of consultations per year and undergo continuous training. In Germany and Switzerland, on the other hand, it is primarily gynecologists who carry out the counseling on prenatal diagnostics. In Germany, pregnant women are offered information on NIPT by the Institute for Quality and Efficiency in Health Care (IQWiG).

The situation in Austria

“In Austria, there has been no public and societal discussion about which prenatal diagnostic examinations should be paid for and offered by the public sector,” says Inanna Reinsperger. Currently, in the case of certain risk factors (e.g. maternal age of 35 or older, presence of genetic diseases in the first-degree relatives), single examinations are publicly financed, provided they are carried out in hospitals. “Many women are also given the impression that all these examinations are ‘necessary’ or part of prenatal care. Some women have them done in the private sector, where they have to pay a lot of money for them. But many cannot afford that at all,” Reinsperger explains.