Predicting the risk of severe side effects of cancer treatment 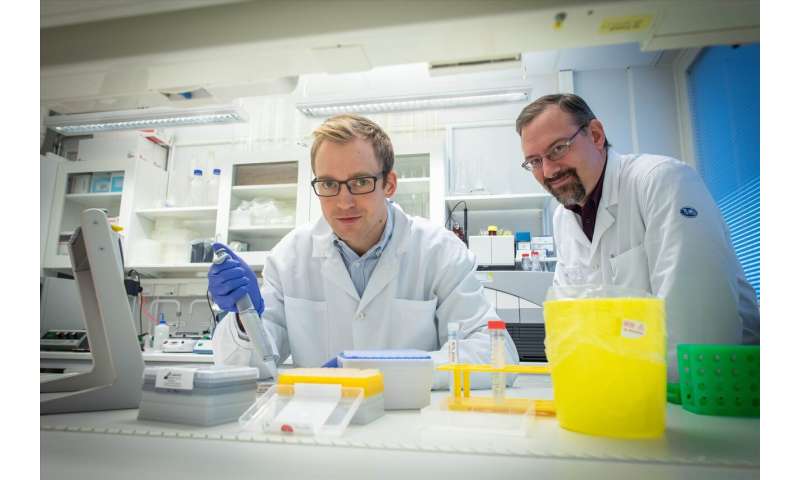 The risk of serious adverse effects on the blood status and bone marrow of patients during chemotherapy can be predicted by a model developed at Linköping University, Sweden. This research may make it possible to use genetic analysis to identify patients with a high probability of side effects. The study has been published in npj Systems Biology and Applications.

It is often difficult during cancer treatment to achieve a balance between getting rid of as many tumor cells as possible, while at the same time not causing serious side effects.

One of the common properties of tumor cells is that they grow rapidly and in an uncontrolled manner. The chemotherapy drugs that are used to treat cancer have for this reason been designed to kill rapidly growing cells. But the treatment also kills normal cells that grow rapidly. One of the more sensitive tissues is the bone marrow, where various types of blood cell are formed at a rapid rate. Approximately 25% of lung cancer patients who receive combination treatment with the drugs gemcitabine and carboplatin experience life-threatening side effects on the bone marrow during standard treatment. In many cases, the treatment must be discontinued.

We know that genetic factors play a role in the response of an individual to these treatments. Complicated interactions between many genes are probably involved. The scientists who carried out the study have therefore investigated whether genetic signatures exist that can be used to identify the patients at a high risk of experiencing severe side effects from the treatment. This would enable them to adapt treatment to the individual more accurately from the start: those with a low risk of side effects can be given higher doses, with a stronger effect on the cancer, while those with highest risk can be given another treatment.

The study, published in npj Systems Biology and Applications, is a collaboration between researchers in pharmacogenetics and bioinformatics. They determined the complete DNA sequences of 96 patients with non-small cell lung cancer who had been treated with gemcitabine/carboplatin. Sequencing of the whole genome in this way provides information about millions of genetic variants that may be interesting. The researchers wanted to see whether they could find in this huge amount of data functional groups of genes that were linked to the degree of toxicity that the treatment had had on the bone marrow of the different patients.

The researchers in a first step identified a network of 215 genes that were tightly linked to each other. This network was particularly rich in genes that have been associated with these drugs in previous studies. The next step was to reduce the number of genetic variants in the gene network to the 62 that are included in the final model. The researchers demonstrate that the model can be used to classify patients into one of two groups, with high or low probability of experiencing severe side effects.

“It’s extremely interesting that the genes involved are associated with cell division, in particular in bone marrow. We managed not only to predict side effects for the patients, but also show that the model is biologically relevant,” says Henrik Gréen, professor at the Department of Biomedical and Clinical Sciences, Linköping University.

The prediction model must be tested in further studies before it can be used in the clinic. Increasingly advanced methods of genetic analysis are being introduced into the Swedish medical care system, which makes it possible in the long term to introduce this type of method, built on an analysis of many genes at the same time.