Plans to fight coronavirus must pay attention to the environment 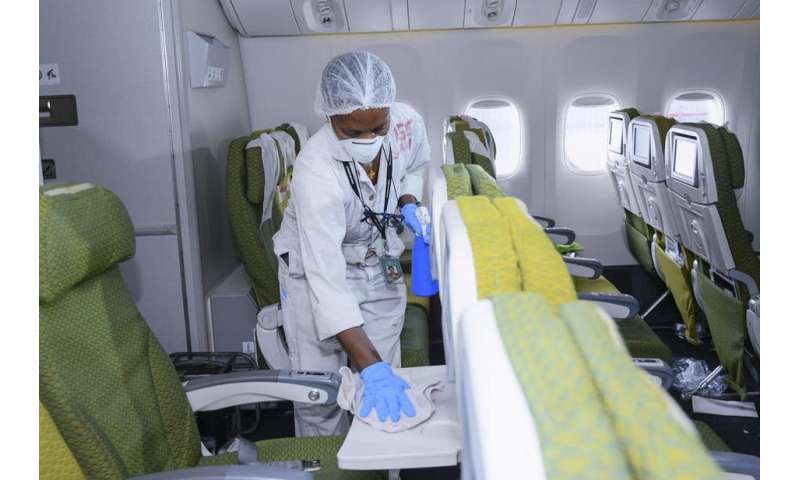 The rapid onset and spread of coronavirus is proving to be a huge challenge for public health officials across the world.

Coronaviruses are a large family of viruses. Some cause illness in people and others only infect animals. Very rarely have animal coronaviruses infected and spread between people. This is what’s suspected to have happened for the virus that has caused the outbreak of the current severe acute respiratory syndrome coronavirus 2, known as SARS-CoV-2. This is the virus that causes the coronavirus disease 2019, COVID-19.

Less than eight weeks after its isolation in January 2020 as a novel strain, so far over 82,000 confirmed cases have been reported in 30 countries. The virus has claimed over 2,500 lives, predominantly in China. And, there seem to be no signs of the spread stopping, hundreds of new cases are being reported daily.

The World Health Organisation (WHO) and policymakers around the world are in a frantic search for an action plan to contain the spread of this virus as quickly as possible. A key component of how the disease could be spreading is the environment. Although we don’t know exactly how important the environment is in the spread of this virus, it has been a key component in other disease outbreaks.

Efforts currently focus on human-to-human transmission, potential animal-to-human links, and ways to treat those already infected. To ultimately contain the virus, though, we must also prioritize how the environment—water, soil, air, and man-made surfaces—play a role.

Certain environments serve as reservoirs of pathogens (organisms that cause disease). If people come into contact with the environment, such as a tainted work surface or pool of water, they can become infected by the pathogen. It’s therefore crucial to consider the environment when it comes to tackling virus outbreaks.

Surviving in the environment

A virus is a small infectious agent that is able to replicate inside the living cells of an organism. When it’s not inside an organism, it exists as a tiny particle, too small to be seen with some microscopes.

There is scientific evidence that many viruses can survive outside a human or animal host. Environmental factors—like temperature, presence of organic matter and ultraviolet light from the sun – affect their ability to survive.

I carry out environmental microbiology research and look at how pathogens such as human adenovirus, murine norovirus, salmonella and vibrio cholerae survive in the environment. I found that in aquatic environments, most bacterial pathogens, such as salmonella and E. coli, survive longer in sediment than in the water column. The sediment protects them from ultraviolet light and predation from other organisms and provides them with more nutrients.

This has also been shown with viruses. The conditions that determine how long a virus can survive in the environment depend on the specific virus. Generally, when places are very hot and there’s a lot of moisture in the air, viruses—including some members of the coronavirus family – don’t survive very well. They prefer lower temperatures, around 4℃, and less humidity.

Viruses have different ways of surviving in the environment. For instance, sometimes virus particles will group together to shield themselves from ultraviolet light. Those on the outside of the group will usually not survive but those on the inner part of the group could.

They may also attach themselves to organic particles, like plant and animal debris, in the environment. This could provide them with a physical barrier from threats like disinfectants.

Coronaviruses in the environment

The previous SARS CoV could survive in the air for up to two weeks. Scientists don’t know how it did this.

So far, there is no information on the survival and transmission of the SARS-CoV-2 in the environment. Whether a person can be infected by touching a contaminated surface remains unclear, but it’s highly probable.

The SARS-CoV-2 was first isolated in environmental samples specifically from a market in Wuhan, China. The virus has not yet been isolated in any animal in the affected areas, meaning the environment could have played a role in transmission.

The WHO estimates that US$675 million is needed to develop preparedness plans and ensure a global response to the new coronavirus. The first draft of the proposed plan suggests reducing human-to-human transmission, early and optimized care for identified patients, and identifying and reducing animal-human transmission.

The strategy should also take account of the survival of the SARS-CoV-2 in the environment: air, soil, water and surfaces.

The uncertainty surrounding the spread of the SARS-CoV-2 makes it difficult to identify specific measures to prevent environmental transmission. But the European Centre for Disease Prevention and Control suggests measures such as cleaning frequently touched surfaces (like walls, windows, toilets and baths) with bleach and ethanol. Clothes and other textiles should be washed with hot water and detergents.

In places prone to contamination, like hospitals, cleaners should wear personal protective equipment. China has gone as far as sterilizing bank notes, while South Korean health officials have taken to spraying disinfectants in public places like markets.