Ebola scare over in Philadelphia: Hospital patient cleared of the disease after being quarantined

A patient being tested for Ebola at a hospital in Philadelphia has been cleared of the disease.

The unidentified patient was admitted to the Hospital of the University of Pennsylvania today after meeting the criteria for Ebola exposure.

Penn Medicine said the person appeared to have another condition, and now their suspicions have proved correct. 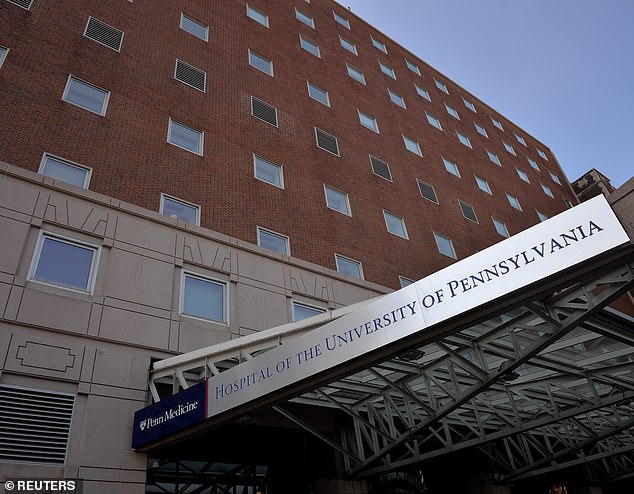 An unidentified patient ‘met the criteria’ for exposure to Ebola, which is spreading in the Congo

Officials said the testing was done ‘in an abundance of caution’ because the patient met screening criteria for Ebola.

An Ebola outbreak was declared just over six months ago in the eastern part of Congo.

WPVI-TV in Philadelphia was the first to report the patient was being tested.

The Ebola outbreak ravaging the Democratic Republic of the Congo has become an international health emergency, experts warn.

More political, financial and technical support is desperately needed to battle the deadly epidemic, the group of experts said.

At least 484 people have died since the virus took hold in August and 785 people have been infected – a death rate of 61 per cent.

A detailed map has revealed how the lethal virus has spread across the African nation as fears grow Ebola may spread to nearby countries such as South Sudan.

A group of world health experts wrote in British medical journal The Lancet this week and said the outbreak is ‘not under control’.

They said ‘bold measures’ are needed to stop it and called on the World Health Organization to take ‘drastic action’.

The African nation’s epidemic has been riddled with twists and turns making fighting it more difficult.

Health workers and quarantine camps have been attacked by militants, some people are distrustful of aid workers, and unofficial medical centres in people’s front rooms have contributed to the disease’s spread. 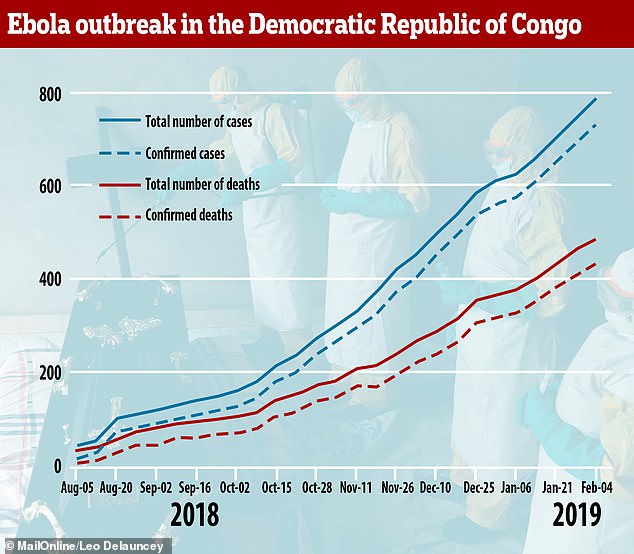 The rate of infection and death from Ebola has been rising since the outbreak began in August last year – it took more than two months (August 5 to October 21) for the first 200 cases to be confirmed, then 272 people were infected between November 4 and December 25

‘The epidemic is not under control,’ said the article’s lead auther, Lawrence Gostin, a global health faculty director at Georgetown University in Washington DC.

Professor Gostin and his colleagues say the World Health Organization should consider declaring the outbreak a Public Health Emergency of International Concern.

This alert, a PHEIC, has only been used four times in the past – for the last major Ebola outbreak in 2014, the Swine flu outbreak in 2009, a resurgence of Polio in 2014, and the Zika outbreak in South America in 2016, according to The Telegraph.

A TIMELINE OF THE CURRENT EBOLA OUTBREAK