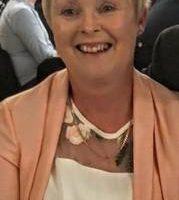 A grieving family has revealed how their terminally ill sister was forced to spend three agonising nights on a trolley in a crammed A&E just days before her death.

Kay Dillon (60), from Arklow, Co Wicklow, was sent to St Vincent’s Hospital, Dublin, the evening before Halloween at 6.30pm but she did not see a doctor until 3am the following morning.

“Kay was seriously ill, frail and hardly weighed seven stone. She had stage four cancer, which had spread to her bones,” said her bereaved brother, John Dillon. “She had the use of just one arm.

“At the time there were five ambulances in a bay and about six inches between trolleys.”

He described how it was difficult for her to lie on the trolley because she was so thin.

“Kay was skin and bone. She was cold and not able to sit or stand.”

Her family, who were with her and tried to ease the ordeal, recalled how they were left for hours without knowing what would happen.

“Staff will not look you in the eye. It may be embarrassment,” said Mr Dillon.

“Nobody tells you anything. If only they could say they are busy and have not forgotten you.”

They spent hours tending to their sister, worrying why she had not been assessed by a medical team.

“You could see her sitting there looking so unwell. It is abhorrent,” said her brother.

He said his sister was so ill at that point she was “living on a grape a day”.

She struggled to cope with the ordeal as the A&E staff had to deal with the added pressures of Halloween revelry.

She was eventually moved to a medical assessment unit three days later in the afternoon but her trauma in the A&E had taken its toll.

“We knew and Kay knew her time was coming.”

She was later moved to another ward with six other patients.

Kay was waiting for a CT scan and this was eventually done on the Tuesday, nearly a week after she first attended the A&E.

“It was probably going to tell us something we did not want to hear but knew was coming,” said Mr Dillon.

The following day a cancer specialist had to deliver the bad news. The specialist was “very genuine” but had to speak to Kay and her family behind a curtain with six other patients in the room.

Two days later his sister slipped into a coma and died on Saturday, November 2.

Her family are devastated at her loss and feel it is only by highlighting the human suffering that the A&E crisis will be properly tackled.

A spokeswoman at MKC Communications, the private public relations company hired by St Vincent’s Hospital, did not respond yesterday when asked if it had any measures in A&E to care for terminally ill patients.