Older People Are Contributing to Climate Change, and Suffering From It 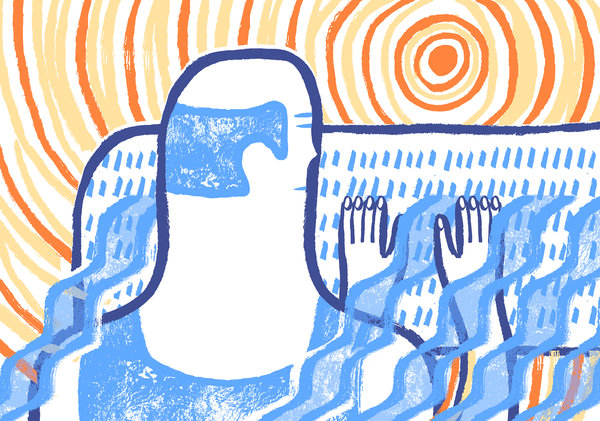 When it comes to discussing climate change, older people may have one advantage: They have watched it happen.

In the nine Northeastern states, for instance, where average winter temperatures climbed 3.8 degrees Fahrenheit between 1970 and 2000, they have seen fewer snow-covered days, and more shrubs flowering ever earlier.

And they have experienced hotter summers. In New York City, daily summer temperatures at La Guardia Airport have risen 0.7 degrees per decade since 1970, according to the city’s Panel on Climate Change.

Usage was lowest among young adults, who typically occupy smaller households, said Hossein Estiri, a computational demographer at Harvard Medical School and an author on the paper.

Consumption rose rapidly among the 30- to 54-year-old cohort — “the peak of having kids and larger houses,” he noted — then stabilized when people reached their 60s. But “after 70, it goes up and it keeps going up,” Dr. Estiri said.

The trend persisted when the researchers controlled for income and housing types, but it varied by geography. When the researchers looked at climate zones, they found that “energy consumption in warmer regions becomes really elevated for the older group.”

Why do older people use more juice? The study could not provide explanations, but “there might be more need for air-conditioning,” Dr. Estiri speculated. “Or older people may not be able to maintain their homes as well” to conserve energy. “Maybe their appliances are old and less efficient. All of these could contribute.”

The climate change story has plenty of villains; seniors are hardly wrecking the environment on their own. Still, the demographic trends do not bode well.

But in a world that is both warming and graying, older adults suffer disproportionately from climate change.

Consider extreme heat. “It puts a stress on anybody’s body, but if you’re old and frail, it’s harder,” said Patrick Kinney, who studies the effects of climate on health at the Boston University School of Public Health. In addition, he said, “certain medications older people take, for blood pressure or cholesterol, reduce the body’s ability to thermo-regulate.”

The risk of heat stroke, which is potentially fatal, increases because older adults may be less mobile, and thus less able to reach cooler locations in a heat wave. They also may be socially isolated and less able to seek help.

With impaired cognitive function, “you might be less able to judge what to do,” Dr. Kinney said. The air pollution often associated with heat waves intensifies the problems. The Chicago heat wave of July 1995, for instance, caused 514 heat-related deaths; people older than 65 accounted for 72 percent of the fatalities.

Humans can adapt to these extremes, of course. Dr. Kinney and his colleagues found that the risk of dying from heat in New York City declined 65 percent from the early 1970s to 2006 as the proportion of households with air-conditioning surged. But air-conditioners also contribute to climate change.

“The mortality is always higher among older people,” said Lisa Brown, director of the Risk and Resilience Research Lab at Palo Alto University. “They can’t get out of harm’s way fast enough.”

Nearly half of the individuals who died during Hurricane Katrina in 2005 were 75 or older. When Hurricane Sandy hit New York in 2012, almost half of those who died were over age 65.

Blackouts have proved particularly dangerous. Older people may become unable to use power scooters and wheelchairs, refrigerate medications or summon help. After Sandy, many were trapped in high-rise apartments without functioning elevators.

But in California, Pacific Gas and Electric recently announced that it will consider turning off transmission lines when deemed necessary to prevent wildfires.

“If the power goes off for three or four days, people here are not prepared,” Dr. Brown said. She thinks older people — indeed, all people — always should have enough food and water to last five to seven days, and a plan to evacuate or seek help in emergencies.

Perhaps older Americans, as disproportionate contributors to and victims of climate change, could play an additional role, as active participants in the global campaign to mitigate the damage.

A decade ago, Dr. Karl Pillemer, a gerontologist at Cornell University, began exploring environmental volunteerism among older adults. He found that most environmental organizations had not recruited older members or adapted to support their participation, leaving a major resource untapped. He established a program called Rise, for Retirees in Service to the Environment, to prepare older volunteers for leadership roles in environmental stewardship.

There’s a common notion that older adults care less about climate change than young adults. But that holds true only for Republicans, a Pew Research Center survey found last year, and may be less a product of age than political affiliation.

Older volunteers would benefit by working to halt climate change, Dr. Pillemer said: “Participants gain fulfillment from activities that have results they will not be here to enjoy.”

Later-in-life, or “generative,” volunteerism has been shown to increase health and psychological well-being.

“If the boomers could be motivated to take this on as their defining generational legacy, they could have incredible impact,” Dr. Pillemer said. “With their huge numbers, they could potentially do something about it.”