Shari Horne broke her toes a decade ago, and after surgery, “I have plates and pins and screws in my feet, and they get achy at times,” she said.

So Ms. Horne, 66, applies a salve containing cannabidiol, derived from the cannabis, or marijuana, plant. It eases the pain.

The salve didn’t help when she developed bursitis in her shoulder, but a tincture of cannabidiol mixed with T.H.C., the psychoactive ingredient in cannabis, provided relief.

Using a pipe, she also smokes “a few hits” of a cannabis brand called Blue Dream after dinner, because “I think relaxing is healthy for you.”

Many of her neighbors in Laguna Woods, Calif., a community of mostly older adults in Orange County, where she serves on the City Council, have developed similar routines.

“People in their 80s and 90s, even retired Air Force colonels, are finding such relief” with cannabis, said Ms. Horne. “Almost everybody I know is using it in one form or another” — including her husband Hal, 68, a retired insurance broker, who says it helps him sleep.

In fact, so many Laguna Woods seniors use medical cannabis — for ailments ranging from arthritis and diabetes nerve pain to back injuries and insomnia — that the local dispensary, Bud and Bloom, charters a free bus to bring residents to its Santa Ana location to stock up on supplies. Along with a catered lunch, the bus riders get a seniors discount.

Physicians who treat older adults expect their cannabis use to increase as the number of states legalizing medical marijuana keeps growing.

After the midterm elections, when Utah and Missouri voters approved medical use, 33 states and the District of Columbia have legalized medical marijuana, along with ten states that also have legalized recreational use.

Though the federal government still outlaws cannabis, classified as a Schedule I drug along with cocaine and heroin (meaning that it has no therapeutic value), public support has swung sharply in favor of legalization, polls have found.

That support may rise as the baby boomers, often no strangers to marijuana, succeed their more leery parents as the oldest cohort. People aged 50 to 64 are more likely to report recent marijuana use than their elders. 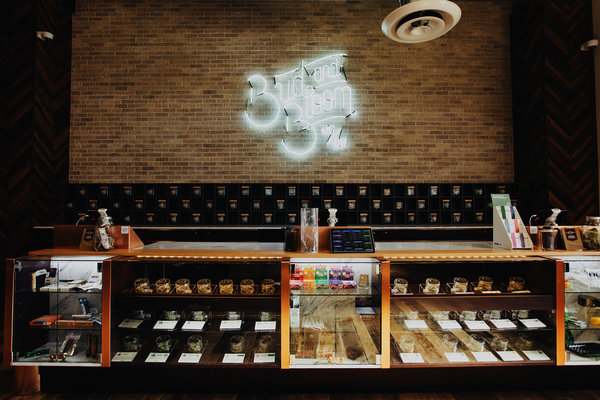 “You might not like it,” Dr. David Casarett, chief of palliative care at Duke University Medical Center, tells fellow physicians. “You might not believe in it. But your patients are using this stuff.”

He and Dr. Joshua Briscoe, a psychiatrist at Duke also trained in palliative care, have mixed feelings about that.

Co-authors of a recent article on medical marijuana and older adults in the Journal of the American Geriatrics Society, they support legalization for medical use. They hope the federal government will reclassify cannabis (“a huge undertaking,” Dr. Briscoe admitted), reducing obstacles to much-needed research.

“We’re always searching for a better medication that can treat pain and a host of other symptoms without burdensome side effects, and cannabis is promising” as a treatment for a number of conditions, Dr. Briscoe said.

Their overview — along with a major report last year from the National Academies of Sciences, Engineering and Medicine — points out disorders for which cannabis does appear to have therapeutic effects.

But the researchers are uneasy about the fact that older people essentially are undertaking self-treatment, with scant guidance from medical professionals.

When Joy Kavianian, 55, a Laguna Woods resident with Parkinson’s disease, wanted to reduce her right-side tremors so that she could continue making ceramics, a cherished pursuit, she had lots of questions about cannabis.

“I didn’t know how this would mix with my other meds,” she said. “How would it affect my sleep? The only answer was to slowly introduce it and see.”

She has learned that a tincture, placed under her tongue about 40 minutes before she heads to the art studio, gives her four hours in which to work effectively. But that discovery took weeks of trial and error.

“The social support and legislation is outpacing the research,” Dr. Briscoe said. “If I want to say, ‘Take this dose for this condition and that dose for that one’ — the evidence just isn’t there.”

For older people, what does the still-limited evidence show?

The strongest case, Dr. Casarett said, is that cannabis can reduce neuropathic pain, sometimes caused by diabetes, shingles or chemotherapy, without the toxic effects of opioids.

Studies have also shown that cannabis alleviates the nausea and vomiting that often follows chemotherapy. In fact, the Food and Drug Administration has approved two synthetic T.H.C. drugs for that purpose, though some patients insist that smoking the real thing works better.

Cannabis appears to relieve muscle spasms in people with multiple sclerosis, though that research is less extensive, and to improve appetite for patients with cancer or AIDS, Dr. Briscoe said.

“Plenty of patients swear it’s the only thing that helps them sleep,” he added. But while drowsiness often accompanies cannabis use, the evidence that it reliably improves sleep remains modest. Its effects on anxiety and depression are also unclear.

And like any drug, cannabis has side effects, some of particular concern for older users, who metabolize medications differently from younger adults.

Dizziness, for instance, can lead to injurious falls. Marijuana use is also associated with an increased risk of motor vehicle accidents, so Dr. Casarett and Dr. Briscoe advise counseling older patients not to drive for six to nine hours after use, depending on ingestion method.

Moreover, “the jury is very much out about long-term cognitive effects in adults,” Dr. Casarett said. But there’s no evidence that medical marijuana users are at increased risk of abusing the drug.

Y. Tony Yang, a health services and policy researcher at George Washington University, recently predicted in a JAMA Neurology editorial that a June decision by the F.D.A. will have far-reaching consequences.

The agency approved Epidiolex, the first C.B.D. prescription drug to be legally sold in the United States, for reducing seizures in rare adolescent forms of epilepsy.

“A doctor can now prescribe this off-label for other uses, which is legal and common,” Dr. Yang said. “And on the research side, this could pave the way for controlled clinical trials for other purposes.”

Insurers may balk at covering off-label use, he conceded. Medicare, for instance, doesn’t cover medical cannabis, and it won’t cover drugs used off-label. The bus riders from Laguna Woods often pay $100 to $200 a month out of pocket for cannabis products, a financial struggle for some.

But riders like Catherine McCormick, who’s 53, find it a worthwhile expenditure. To lessen pain after knee replacement surgery, she was relying on high doses of ibuprofen, “too much wine” and several prescription drugs, including oxycodone, benzodiazepines and an antidepressant.

She weaned herself from them all in a few months, she said, by smoking cannabis. That’s made her a believer.