Ohio city's ban on hiring smokers, vapers could be 'slippery slope,' some fear

More bad news for smokers and vapers: The city of Dayton, Ohio, says it will no longer hire anyone who uses nicotine or tobacco.

The rationale: City officials say they want to encourage a healthier workplace and environment – and also save money.

But leaders of labor unions say they fear the new city policy could be a “slippery slope” that could lead to employees facing more scrutiny of their personal habits and private lives that have little or nothing to do with their job performance. 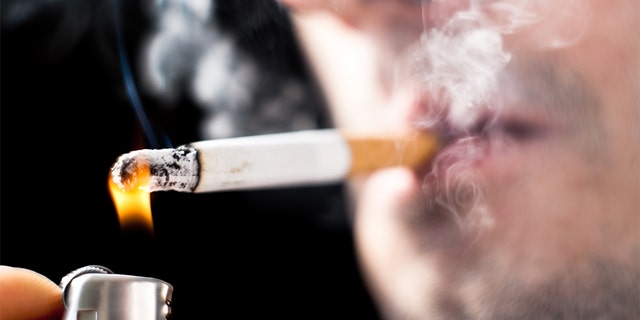 Employees already working for Dayton, Ohio, won’t be affected by a new policy against hiring smokers and vapers, city officials say, but the plan also includes the elimination of designated smoking areas around city property. (iStock)

“We are not thrilled about it,” Rick Oakley, president of the Dayton Fraternal Order of Police Lodge 44, told the newspaper. “But we also understand where the city is coming from because the biggest part of their health care costs are from nicotine-related illnesses.”

Employees already working for the city won’t be affected by the new policy, city officials say, but the plan also includes the elimination of designated smoking areas around city property, according to the Daily News.

Ann Sulfridge, president of AFSCME Local 101, which represents city workers in blue-collar and clerical jobs, told the paper she fears that employees’ weight could be the next health factor to face new rules.

A spokesman for the American Civil Liberties Union in Ohio told the newspaper that the organization opposes policies that discriminate against employees’ personal behavior but adds that Ohio’s “at will” employment laws are an obstacle in challenging the policy in court.

According to the Daily News, 30 states and the District of Columbia have made it illegal to make an employment decision based on off-the-job smoking, and California and Connecticut prohibit discrimination based on any activity that is legal.

Meanwhile, the percentage of Ohioans who smoke has dropped to 18 percent now from 26 percent in 1995, according to the federal Centers for Disease Control and Prevention.