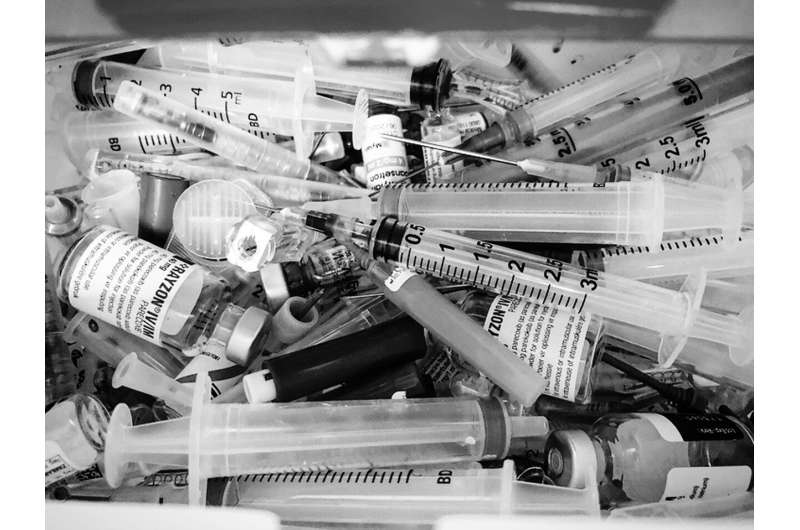 Within the first two weeks of release from Victorian prisons, people are at greater risk of both fatal and non-fatal opioid overdose. The authors of research published today by the Medical Journal of Australia have called for the reintroduction of public opioid agonist therapy (OAT) clinics, an increase in routine OAT prescribing in general practice, and the maintenance of prison-based take-home naloxone programs.

Mr. Michael Curtis, a Ph.D. candidate at the Burnet Institute and Monash University, and colleagues, linked data for a prospective cohort of 400 men who injected drugs at least once a month prior to imprisonment in Victoria, with ambulance records to estimate the incidence of post-release non-fatal opioid overdose.

“[Of 400 participants] 355 reported having injected heroin at least once (86%), including 220 (55%) in the month preceding imprisonment, and 121 reported current opioid agonist therapy (30%),” reported Curtis and colleagues.

“The incidence of post-release non-fatal opioid overdose in our study was almost 13 times as high as that in [a] recent Queensland study, but we probably underestimated it by including only events attended by ambulances,” they wrote.

“Our findings indicate that better harm reduction measures are needed during and after release from prison to reduce the overdose rate.

“Prior to release, people receiving OAT in Victorian prisons are referred to private primary health care providers for treatment, as there are no public clinics.

“Re-introducing public OAT clinics in Victoria could improve accessibility for some, and meet the complex needs of people recently released from prison,” Curtis and colleagues wrote.

“However, as equitable access will remain a problem because of geographic and capacity constraints, OAT prescribing should become a routine part of general practice. Prison-based take-home naloxone programs also reduce post-release opioid-related mortality.

“A take-home naloxone pilot program was initiated in some Victorian prisons in 2020; our findings suggest that it should be maintained.

“Finally, as dispensing fees and other costs (eg, travel) reduce retention in OAT programs, the affordability of OAT must be improved.”