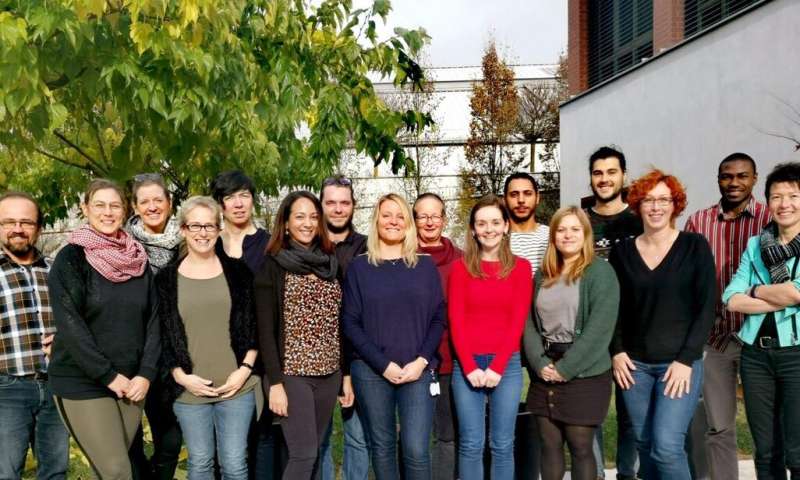 One of the hallmarks of Glioblastoma (GBM), the most aggressive type of brain cancer, is its high invasive capacity, which leads to its expansion into normal brain tissue. GBM cells insinuate themselves in the interstitial space of the neural tissue and migrate along blood vessels to more distant locations where they then metastasise. “Stray’ cancer cells can therefore escape surgical resection, radio- and chemotherapy, thereby accounting for the limited success of current treatment approaches and for the poor patient prognosis observed. Novel molecular targets that regulate invasion and that can be leveraged during drug development are therefore a priority in modern-day oncology.

“In this context, we sought to elucidate the genes responsible for GBM invasiveness and the specific molecules that ‘switch’ them on,” says Prof Simone Niclou, Director of the LIH Department of Oncology and corresponding author of the publication.

The research team leveraged RNA interference—a technique commonly used to uncover the function of a gene and its contribution to observed cellular characteristics—to progressively silence and deactivate the entire set of genes of highly invasive patient-derived GBM cells and observe the consequences on the cell’s ability to invade healthy tissues. Focusing on the cells that displayed reduced invasiveness following RNA interference, the scientists carried out sequencing and bioinformatics analysis to characterize novel genes associated with infiltration. They found a set of 17 invasion-essential candidate genes, including Colony stimulating factor 1 (CSF1), a small protein known to be involved in invasion and metastasis. This selection was further narrowed down by analyzing their expression in non-invasive (NI), low-invasive (LI) and highly invasive (HI) GBM cells, both in vitro and when implanted into mouse brains in vivo. The gene coding for the AN1-Type Zinc Finger protein 3 (ZFAND3) showed a significantly higher expression in HI cells compared to NI and LI, both in vitro and in vivo, with the amounts of ZFAND3 protein produced being consequently greater in HI cells located in the periphery of the tumors.

“When we deactivated the ZFAND3 gene in highly invasive GBM cells, we observed that colonization of healthy tissue was significantly impaired, indicating that ZFAND3 plays a key role in promoting GBM invasiveness,” explains Dr. Anne Schuster, first author of the publication. “Similarly, when we overexpressed the ZFAND3 gene in non-invasive GBM cells in mice, we noticed that the tumor lost the circumscribed growth pattern typical of control NI cells and that the number of cells escaping the primary tumor increased considerably, further confirming that ZFAND3 expression confers invasion potential to GBM cells even if they were initially non-invasive,” adds Eliane Klein, second author of the study.

The team went a step further and sought to unravel the mechanism behind the ability of ZFAND3 to induce infiltration. They noted that ZFAND3 was predominantly localized in the nucleus of invasive cells and that this feature was necessary to maintain their invasiveness, suggesting that ZFAND3 may act directly in the nucleus to regulate the activation of specific genes. Indeed, upon genetic inhibition of the ZFAND3 gene, a series of invasion-related genes associated with cell adhesion and migration, including COL6A2, EGFR, FN1, NRCAM and NRP1, were in turn also found to be downregulated. Moreover, the researchers saw that the ZFAND3 protein binds to the promoter of these genes and interacts with several nuclear proteins, including PUF60, Pontin and Treacle. The authors propose that ZFAND3 forms a protein complex that activates gene transcription, giving rise to the penetrative behavior that characterizes highly invasive GBM cells.