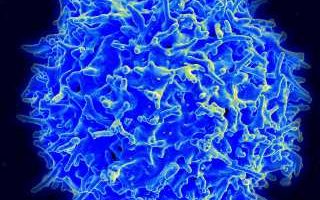 The immune system mounts robust responses to infections, vaccines and cancer, but only now have scientists fully begun to unravel how non-circulating populations of T cells that reside in the body’s “mucosal barrier tissues” keeps threats at bay.

While an academic focus on non-circulating T cells in mucosal tissues may seem like an arcane area of research, it is the lifeblood of Dr. Martin Prlic’s laboratory at the Fred Hutchinson Cancer Center in Seattle. There, Prlic and his team are particularly interested in how T cells function in inflammatory environments. Infectious diseases are notorious triggers of inflammation. Equally important in the laboratory’s research are the inflammatory environments that are synonymous with multiple forms of cancer.

As it turns out, the body has armies of T cells that stake out posts in mucosal tissues—and they don’t stray from these local compartments. These mucosal tissues can be found at vulnerable ports of entry into the body—the mouth, anus and vagina—as well as other important areas where disease exposure is a possibility and inflammation is likely.

The Hutchinson scientists zeroed in on a receptor dubbed CCR5+ and demonstrated that even when this T cell component is inhibited, the T cell in its mucosal compartment remains fully functional—fighting infection and thwarting cancer.

Writing in the journal Science Translational Medicine, the Hutchinson team explains that a diverse group of T cells are residents in mucosal tissues. Moreover, these stay-at-home T cells maintain immunity in the body’s mucosal barriers during treatment with CCR5+ inhibitor medications, a group of drugs that restrains inflammation.

The team’s experiments helped solve the paradox of how CCR5+ inhibitors can interfere with diseases—taming inflammation—without impacting barrier immunity. The research opens a new window of understanding on not only what happens when inflammation is quelled, but how T cells remain steadfast in their jobs fighting infection or cancer from their “stations” in mucosal barrier tissue.

The human body’s mucosal barriers are first lines of defense—physical barriers of immune system protection. The mucosal barriers have been defined as some of most efficient and elegant forms of nature’s biological engineering. For instance, the gastric mucosal barrier, wrote Dr. Kenneth E.L. McColl in 2012, “is an example of superb natural engineering” because it has to withstand a most hostile chemical environment of highly acidic and proteolytic gastric juice, which rapidly kills swallowed microorganisms and breaks down ingested foods.”

McColl of the University of Glasgow, who was not involved in Prlic’s research, reported his views on barrier mucosal tissue in BMJ, the British Medical Journal.

Resident T cells also are found in the cervicovaginal tract, a potential port of entry for viral pathogens, particularly HIV and herpes simplex virus, among others. T cells that reside in barrier mucosal tissues are important because they are non-circulating and provide local defense against viruses, Prlic and colleagues say.

CCR5+, which stands for chemokine receptor 5, is a cell receptor on activated T cells, which orchestrates how immune cells migrate to sites of inflammation in the body.

Research has shown that drugs that inhibit CCR5+, such as the HIV treatment Maraviroc, can be repurposed to treat a range of other medical conditions. Indeed, clinical trials are already underway investigating the potential of Maraviroc and similar therapies against a wide range of medical disorders.

“Clinical trials that have used CCR5 antagonists include studies to prevent graft versus host disease and cancer metastasis, but clinical applications could extend to other inflammation-mediated diseases,” Prlic and colleagues wrote in Science Translational Medicine.

“The outcome of phase 1 and 2 clinical trials targeting graft versus host disease appears promising and indicates that CCR5+ antagonist treatment is an effective therapeutic intervention to prevent immune-cell trafficking to sites of inflammation.”

Although CCR5+ inhibitors block a receptor that is important to immune-cell migration, these drugs surprisingly have little to no negative effect on patient immunity in barriers such as the mucosal lining of the mouth or barrier tissues elsewhere in the body, the scientists found.

To determine why this was so, the team of investigators studied populations of tissue-resident T cells in the blood and oral mucosal tissues of healthy subjects. They observed that 65 percent of the T cells expressed CCR5+ and accumulated in or near the inner lining of the mucosal barrier. The cell population was stable, the research revealed, even in inflamed mucosal tissues and was highly diverse, consisting of several types of T helper cells as well as regulatory T cells.

Prlic and his team also examined rectal biopsies from 10 healthy subjects treated with Maraviroc and saw that the treatment didn’t disrupt the population of CCR5-expressing tissue-resident T cells in mucosal tissue. An implication of the results is that patients who lack tissue-resident T cells may be more susceptible to impaired barrier immunity during treatment with CCR5 inhibitors, the authors added.