A drug that protects children in wealthy countries against painful and sometimes lethal bouts of sickle-cell disease has been proven safe for use in Africa, where the condition is far more common, scientists reported on Saturday.

More research remains to be done, experts said, but knowing that hydroxyurea — a cheap, effective and easy-to-take pill — can safely be given to African children may save millions of youngsters from agonizing pain and early deaths.

“I think this is going to be amazing,” said Dr. Ifeyinwa Osunkwo, who directs a sickle-cell disease program in Charlotte, N.C., but was not involved in the new study.

“There is currently no treatment in Africa, and a lot of children die before age 5,” said Dr. Osunkwo, who has treated children in the United States and Nigeria. “We’re going from nothing to gangbusters.”

The disease, in which blood cells twist themselves into stiff semicircular shapes, is caused by a genetic mutation thought to have arisen in Africa about 7,000 years ago.

About 300,000 babies are born with the disease each year; about 75 percent of them are in Africa, and about 1 percent in the United States.

The condition is found throughout the Americas and the Caribbean among descendants of Africans brought to this hemisphere by the slave trade. Sickle-cell disease also is found less frequently in southern Europe, the Middle East and India.

These are also places where malaria is still endemic or was until a few decades ago. People who inherit one copy of the sickle-cell gene are partially protected against malaria, which is presumably why the mutation has persisted in Africa.

But children who inherit the gene from both parents are often left breathlessly weak from anemia, prone to infections and liable to have crises in which their blood cells clump and jam capillaries in the brain, lungs and other organs.

The pain is often so excruciating that only opioids can help. Treatment may require blood transfusions or, in wealthy countries, bone marrow transplants, which themselves carry a risk of death.

Without treatment, many children die from strokes or organ damage.

Hydroxyurea has been used for decades in the United States and Europe. But some early animal studies made researchers fear it would make African children more susceptible to local infections, particularly malaria.

The new study followed 600 children in Angola, Uganda, Kenya and the Democratic Republic of Congo who were given the drug for more than two years.

As with children in wealthy countries, taking the drug daily also made it far less likely they would die or need a blood transfusion because of their sickle-cell disease. They were about half as likely to suffer bouts of severe pain, and somewhat less likely to get other infections.

In an unexpected twist, investigators discovered that the children were about half as likely to get malaria while using hydroxyurea as they had been before the trial started. The reasons are not known. 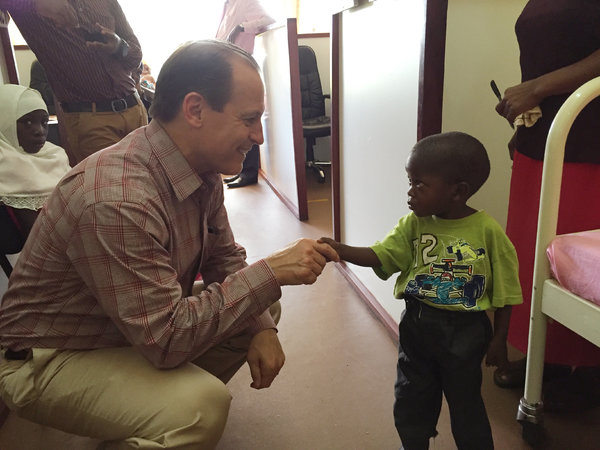 ”With all the malaria, malnourishment and vitamin deficiency in Africa, we couldn’t assume it would work as well as it did,” said Dr. Russell E. Ware, director of hematology at the Cincinnati Children’s Hospital and a co-author of the study, which was presented at a meeting of the American Society for Hematology and simultaneously published in the New England Journal of Medicine.

Hydroxyurea is already on the World Health Organization’s essential medicines list, is available in generic form for about 50 cents a pill and can be stored at room temperature, Dr. Ware said.

If this study raises interest in buying millions of additional doses for use in Africa, the drug could presumably be made far more cheaply, he added.

Even though the study was fairly large, it had some limitations.

It was intended to prove only that the drug was safe for children aged 1 to 10. It was not designed to test various dosages to find the ideal one, nor to determine how many lab tests are needed to monitor children taking the drug, nor to determine the long-term effects.

So further work will be needed, researchers said.

Also, the research was done without a placebo control — a group of similar children not getting the drug. Oversight boards in the four test countries felt it would be unethical to deny the drug to any child, since it was known to work elsewhere, said Dr. Leon Tshilolo, a pediatric hematologist at the Monkole Hospital Center in Kinshasa, Democratic Republic of Congo, and the study’s lead author.

To compensate for the lack of a placebo group, the researchers watched children for two months before starting them on hydroxyurea. That established the baseline rates at which the children normally suffered pain crises, needed blood transfusions and got malaria or other infections.

The results “mean survival will be better even in very low-resource settings,” Dr. Tshilolo said. 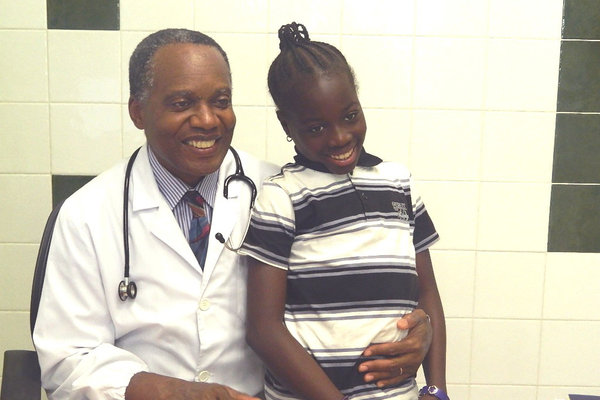 Hydroxyurea was originally developed to fight blood cancers like leukemia, and people taking it must be monitored to make sure that it does not dangerously lower their white blood cell and platelet counts.

The study, however, used moderate daily doses, and only about 5 percent of the children enrolled needed to have their dosages lowered because their blood cell counts dropped.

In 1998, the Food and Drug Administration approved the drug for American adults with sickle-cell disease; pediatricians soon began giving it off-label to children, Dr. Ware said.

Trials proving it was safe in American children were not finished until 2016, and the F.D.A. approved pediatric use last year, opening the way for a trial in children in Africa.

For years, many black Americans with sickle-cell disease were reluctant to enroll themselves or their children in drug trials, Dr. Osunkwo said, because of America’s sordid history of medical experimentation on black patients — including the infamous Tuskegee Study, in which black men with syphilis were left untreated even after the invention of penicillin.

Also, she said, the drug is known to lower men’s sperm counts, break off women’s hair and turn fingernails dark gray. For safety reasons, it is not normally given to pregnant women even though they may suffer severe sickle-cell crises.

“And,” she added, “I would say, ‘Being dead is worse than having dark nails.’”

In Africa, enrolling 600 children was relatively easy, Dr. Tshilolo said, because Africans with sickle-cell disease who had visited Europe had heard of hydroxyurea and knew it worked.

Sperm counts were obviously not an issue in a children's trial, he added. But African men were usually willing to use the drug once it was explained that the drops in sperm count were relatively small and rebounded when the drug was stopped.