Aged 18, I recall telling my boyfriend at the time, ‘I believe I’ll be murdered,’ while I avoided eye contact and stared out of the window into the night.

I don’t know why I said this or what conversation we were having but I was convinced that a grisly end would be my fate.

The first time I thought this way, I was 10. I had watched the opening sequence of the first Scream film at my neighbour’s house and walked back home like a zombie.

It was not knowing where Drew Barrymore’s killer was that petrified me, the anticipation, the scenes that made me jump out of my skin. I sat up in bed and pulled the duvet up to my chin as my eyes fixated on the bedroom door, waiting for the killer to open it.

I’m still unable to watch a scary movie. I imagine myself as the victim on screen and it feels so horrifyingly real – as if there is someone outside my window with a weapon ready to attack me.

But it isn’t just the idea of being killed. Over time, it’s grown into imagining that I’ll seriously hurt someone I adore.

In 2020, when my daughter turned four months old, I was diagnosed with an anxiety disorder – postnatal OCD.

Since her birth, images of me throwing her down the stairs and across the room, hitting the back of her head with force and leaving her alone at home for hours made me believe I was too dangerous to be a mother. 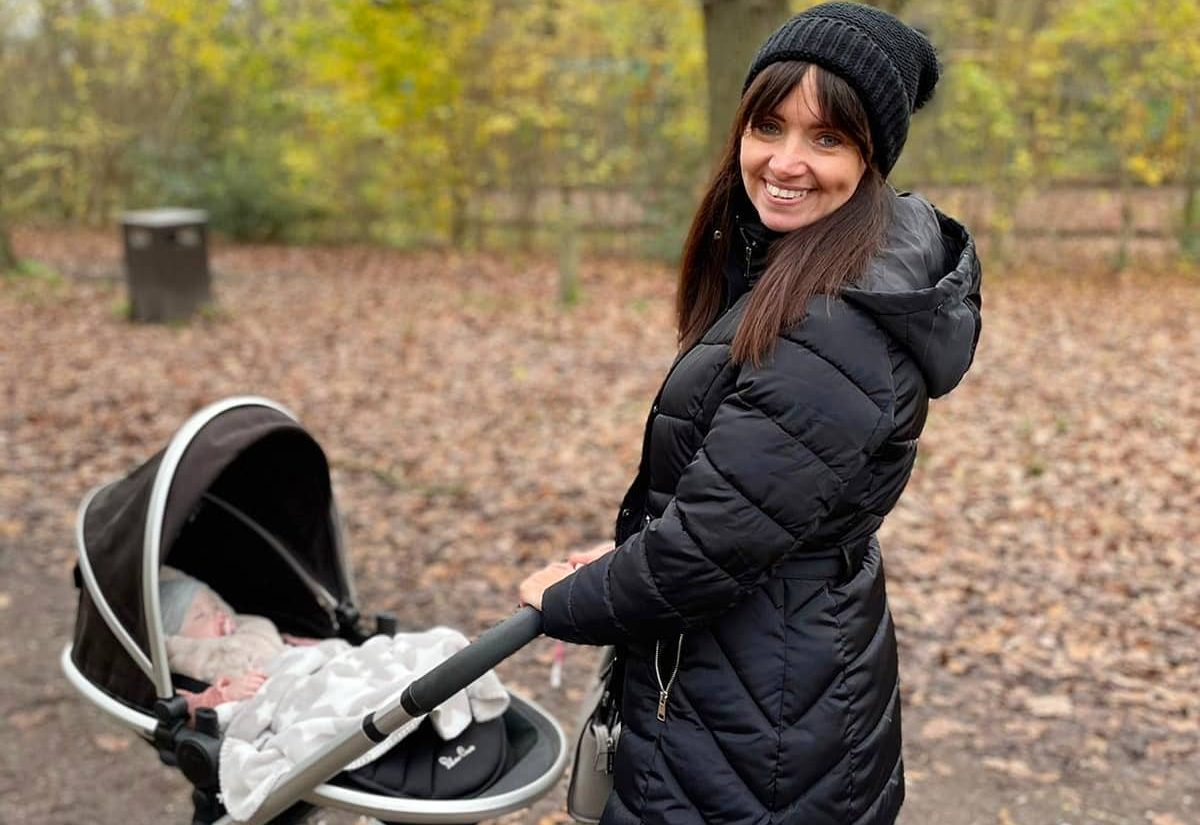 At the time, I thought I’d never suffered from OCD before. One of the most well-known symptoms is a compulsion to order and cleanliness, and even though I’m a Virgo, I’ve never been extremely tidy.

But recently, two years after I was diagnosed, I thought back to what I told my ex-boyfriend all those years ago and realised it has been with me all my life.

I remembered looking at multiple people over the years, and visualising killing them in some brutal way when we were just having a normal conversation. I was certain that I was days, months or years away from committing a crime. I could re-enact it all in my head from the blow, blood, sirens, court and prison.

I’m still drawn to articles, documentaries and films based on domestic violence, child abuse and murders. I even obsessively search for these narratives, absorbing every detail, which only fires up my imagination.

Inevitably, I end up pulling my knees in towards my chest to shield myself or hugging my beautiful daughter tighter to protect her from harm. Harm from myself? I don’t know.

With my face wet with tears, I go to bed feeling exhausted – but then I’ll lie awake berating myself for falling down the rabbit hole of crime and waking the voice inside my head that tells me I could carry out those crimes, too.

I feel petrified. Afterwards, I avoid any programmes, articles and films remotely related to violence, until I feel an urge to prove to myself that they don’t affect me – and the cycle starts again.

But why do I do this? Was I a victim or the perpetrator of a violent crime in a previous life, for which the ghosts have come back to haunt me? Am I truly disturbed? Do I deserve to be locked away from society?

I now believe it’s because those narratives of violence feed the side of my brain that convinces me I’m a killer or will be killed. No matter how much they disturb me I can’t seem to stop. These actions and routines are very typical behaviours for someone with OCD.

I’ve always kept silent about the violent thoughts I’ve had since I was 18. Even writing this now, knowing it’ll be published for others to read, is filling me with absolute dread.

I’ve always been too scared to open up, due to a fear of judgement and of witnessing the frightened looks directed my way – when I know I’m kind, loving, loyal and driven.

Writing this article is the first time I’ve typed in the words ‘OCD’ ‘intrusive thoughts’ and ‘killer’ in the same sentence into Google. And the first time I’ve spoken about it in-depth, to anyone because I wanted to finally understand what was happening inside my head and maybe help others feel less alone, too.

I’ve learnt that harmful thoughts (obsessions) are a part of my OCD that stands out because they are so far removed from who I am. Everybody has unwanted thoughts but someone with OCD cannot dismiss them as just thoughts – instead, we’re plagued by them.

When these thoughts enter my head, turning them into action seems so terrifyingly simple.

I’ve learnt I’m triggered when I don’t feel right mentally. The OCD voice that lives inside my head thrives when I’m feeling low or unwell or have nothing to do, and I find myself cowering in absolute fear.

Looking after my mind with exercise, eating right, drinking enough water and keeping myself busy helps. I then feel strong enough to dismiss the distressing thoughts.

These times can be very fleeting but I savour them because I have to know that I can identify the thoughts as what they are: not reality, just thoughts. And thoughts can (and do) pass.

In this exciting new series from Metro.co.uk, What It Feels Like… not only shares one person’s moving story, but also the details and emotions entwined within it, to allow readers a true insight into their life changing experience.