As a hardworking hypochondriac, you'd think I'd have been prepared for the phone call in which my doctor told me I might be having a heart attack. After all, a decent chunk of my life has been spent convincing myself the end is near. Now, at 28, it was finally here.

But I wasn't prepared. In fact, I didn't even answer the call; I was in a meeting and only rang back after the number had called three times, and I'd googled it and realised it was my doctor. I'd taken an ECG test that morning, despite not having any serious symptoms, as I was about to head overseas for a while. The doctor said I wouldn't get the results for a few days. Perhaps I'd accidentally left without paying. 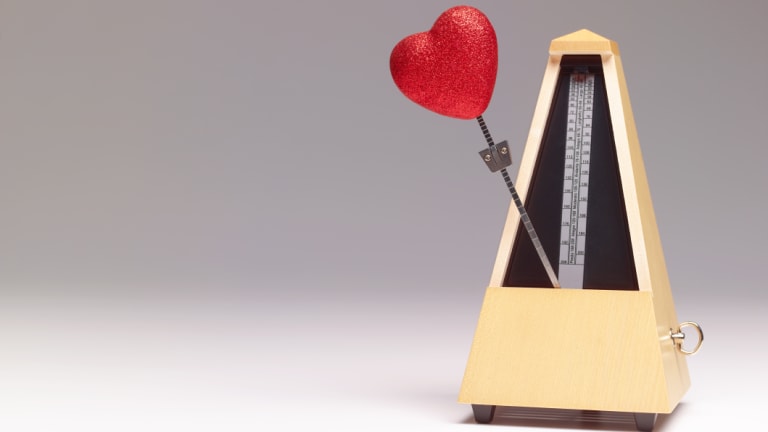 "I'll put you right through to the doctor," the receptionist said when I finally called back. Right through – would they say that if you'd forgotten to pay?

"Evan, I know you're young and healthy, so this is going to sound crazy," the doctor said. "But your test results resemble a heart attack." I should immediately get an ambulance to hospital, she advised.

"You should get an ambulance," she repeated.

"In case anything happens."

Then I was transported to hospital. "So how's your day been?" my Uber driver asked.

As we drove, I wondered what I was meant to do right then. Should I be texting people to say I loved them? Or should I ring instead? You probably have to call if it's a heart attack. But there are so many people to call. Maybe make an Instagram post so everyone could see it? That's probably the best option.

We were a few minutes away from the hospital when I could no longer consider the social media strategy for my cardiac arrest because my heart had started to feel heavy, and my head faint. "Can you go a bit faster," I asked my Uber driver. "I'll give you five stars."

Such a request would probably ruin my own Uber rating. But then, I might be about to take Uber to the Pearly Gates, and what use would my rating be then?

"It should be fine but just so you know, I have a heart thing," I told him.

"You should have gotten an ambulance," he growled. Goodbye, 4.88 stars.

I got to emergency and stood at the front desk. The man typing at the computer saw me, but kept typing. "Excuse me … sorry," I mumbled. He looked up with weary eyes that suggested they'd witnessed both world wars. "My doctor called me and told me I might be having a heart attack."

"Right," he said. "Do you have your Medicare card?" Call me naive, but I'd thought the words "heart attack" would prompt George Clooney to wheel me at full clip into a ward. "Yeah, I've got it," I said. "Great," he continued, with a tone that belied the word itself. "Fill out this form and take a seat."

I spent the next three hours receiving a variety of tests and questions from nurses.

"Have you been experiencing any chest pain?" one asked.

"I guess so." "When did that start?" I thought about it for a moment.

"When I was told I might be having a heart attack."

The nurse appeared to write this down. I asked if my test results were bad. "I don't think you're going to die," the nurse said with an easy smile.

After a night of observation and some time on the treadmill, it turned out the nurse was right. The cardiologist agreed that I was unlikely to die any time soon. Better than that, I was apparently completely fine. The initial ECG result probably reflected a normal variation in how my heart beats.

I felt a ridiculous sense of spiritual calm, like I'd just completed a stack of mindfulness colouring books on a yoga retreat in Bali while Facetiming the Dalai Lama.

It's now a few months later, I'm in New York, and my heart seems to be holding up okay. I should know; I check my pulse every few hours to make sure it's still ticking along. But I'd be lying if I said my near-death experience hasn't changed me.

To read more from Good Weekend magazine, visit our page at The Sydney Morning Herald or The Age.

Related posts:
Health News a, and, attack, Be, called, doctor, having, heart, I, me, might, my, told
Health Problems