Most people can't name all the parts of the vulva, study says 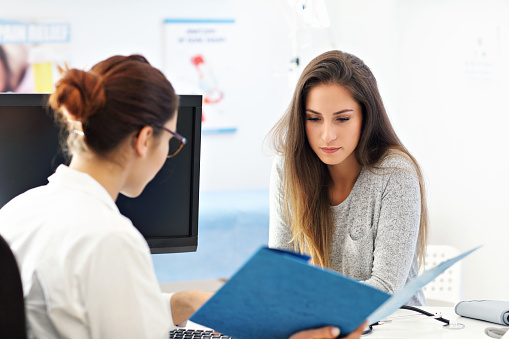 While half the population have a vulva, very few people know the names for the parts that make it up, according to a new survey.

Researchers asked patients in hospital waiting rooms to answer questions on female anatomy and health conditions as well as labelling a diagram.

46% left the diagram blank and of those who answered, only 9% were able to name all seven parts listed.

Those behind the study, published in the International Urogynecology Journal, say the results show a lack of public understanding, which they say ‘could have significant implications for health-seeking, shared decision-making and informed consent’.

The team handed out anonymous questionnaires to those attending general outpatient or urogynaecology clinics at a Manchester teaching hospital.

They had responses from 171 women and 20 men, and discovered that 37% mislabeled the clitoris, while only 46% knew that women had three holes – the urethra, the vagina and the anus.

In another section of the study, participants were asked to explain their understanding of some general health conditions like stroke and diabetes, as well as female-specific conditions like pelvic organ prolapse and fibroids.

Most had knowledge of the general conditions but 53% had an understanding of what a pelvic organ prolapse, where one or more organs slip down into the pelvis and bulge into the vagina, while only 23% knew about fibroids – growths in and around the uterus.

These conditions are common and affect around a third of women at some point.

The authors highlighted how a lack of knowledge around these conditions may lead to women avoiding seeking help, or may mean they don’t understand the treatment they are having if they do.

The study authors note a number of limitations, including struggling to recruit from younger age groups and that participants filled the forms unsupervised, so suggest further study around this.