Doctor Meera Chand, the Director of Clinical and Emerging Infections at UKHSA, cautioned that “while anyone can catch monkeypox, the majority of monkeypox cases in the UK continue to be in gay, bisexual and other men who have sex with men”. The doctor elaborated: “It can take up to three weeks for symptoms to appear after being in contact with someone with monkeypox. “So stay alert for symptoms after you have skin to skin or sexual contact with someone new.”

The NHS said the “first symptoms” of monkeypox can include:

A rash then develops up to five days after the initial symptoms emerge, which can take up to three weeks to appear in the first place.

“The rash often begins on the face, then spreads to other parts of the body,” the NHS pointed out.

The rash, which begins as raised spots, soon turns into small blisters filled with fluid. 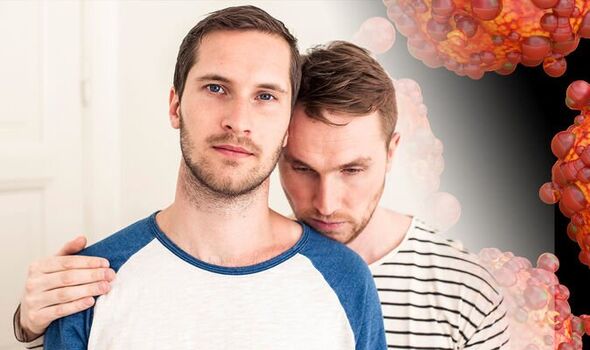 “These blisters eventually form scabs which later fall off,” the NHS added – and the rash also has the potential to develop on the genitals.

While the outbreak has not been deadly in the UK, people displaying symptoms are urged to “isolate at home” to help curb the spread of the infection.

People who suffer from severe symptoms, or have a weakened immune system, might require hospitalisation.

“You may be offered a vaccination to reduce the risk of getting seriously ill,” the health body noted. 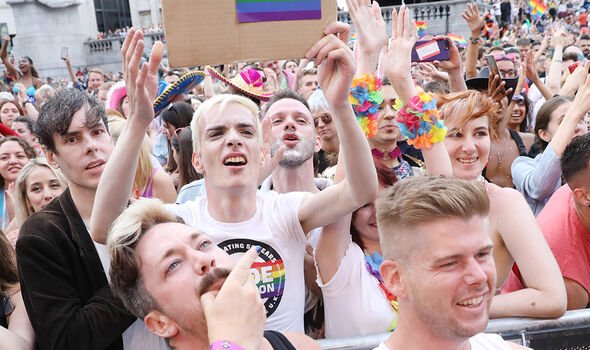 Certain groups may be offered the smallpox (MVA) vaccination, including:

The smallpox vaccine “should give a good level of protection against monkeypox”.

The UKHSA said: “NHS England is due to set out details on how eligible people can get vaccinated shortly.

“People are advised not to come forward for the vaccine until contacted.”

How monkeypox is spread

The UKHSA shared three main ways the virus is passed from one person to another.

Firstly, contact with clothing or linens, such as bedding or towels, used by an infected person can spread the virus.

Secondly, any direct contact with monkeypox skin lesions or scabs could pass on the infection.

And, thirdly, any coughing or sneezing of an individual with a monkeypox rash could pass the virus on. 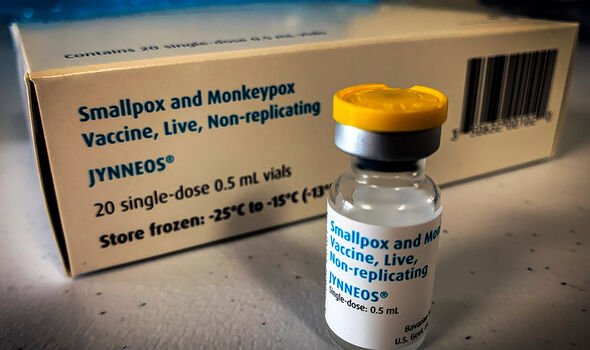 Dr Chand advised: “Before you go to a party or event, check yourself for monkeypox symptoms, including rashes and blisters.

“If you have monkeypox symptoms, take a break from attending events or sex until you’ve called 111 or a sexual health service and been assessed by a clinician.”

Possible contacts of confirmed monkeypox cases will receive an initial notification from UKHSA.

However, the majority of those contacted will be told of contact details to approach if they develop symptoms.