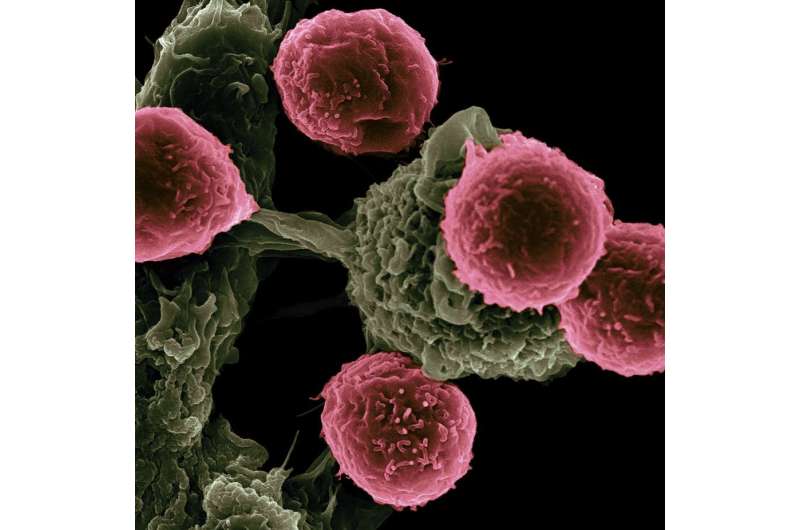 Many cancer treatments are notoriously savage on the body. Drugs often attack both healthy cells and tumor cells, causing a plethora of side effects. Immunotherapies that help the immune system recognize and attack cancer cells are no different. Though they have prolonged the lives of countless patients, they work in only a subset of patients. One study found that fewer than 30% of breast cancer patients respond to one of the most common forms of immunotherapy.

But what if drugs could be engineered to attack only tumor cells and spare the rest of the body? To that end, my colleagues and I at the University of Chicago’s Pritzker School of Molecular Engineering have designed a method to keep one promising cancer drug from wreaking havoc by “masking” it until it reaches a tumor.

The promise of IL-12

Cytokines are proteins that can modulate how the immune system responds to threats. One way they do this is by activating killer T cells, a type of white blood cells that can attack cancer cells. Because cytokines can train the immune system to kill tumors, this makes them very promising as cancer treatments.

One such cytokine is interleukin-12, or IL-12. Though it was discovered more than 30 years ago, IL-12 still isn’t an FDA-approved therapy for cancer patients because of its severe side effects, such as liver damage. This is in part because IL-12 instructs immune cells to produce a large amount of inflammatory molecules that can damage the body.

Scientists have since been working to reengineer IL-12 to be more tolerable while retaining its powerful cancer-killing effects.

To create a safer version of IL-12, my colleagues and I took advantage of one of the main differences between healthy and cancerous tissue: an excess of growth-promoting enzymes in cancers. Because cancer cells proliferate very rapidly, they overproduce certain enzymes that help them invade the nearby healthy tissue and metastasize to other parts of the body. Healthy cells grow at a much slower pace and produce fewer of these enzymes.

With this in mind, we “masked” IL-12 with a cap that covers the part of the molecule that normally binds to immune cells to activate them. The cap is removed only when it comes into contact with enzymes found in the vicinity of tumors. When these enzymes chop off the cap, IL-12 is reactivated and spurs nearby killer T cells to attack the tumor.

When we applied these masked IL-12 molecules to both healthy and tumor tissue donated by melanoma and breast cancer patients, our results confirmed that only the tumor samples were able to remove the cap. This indicated that masked IL-12 could potentially drive a strong immune response against tumors without causing damage to healthy organs. 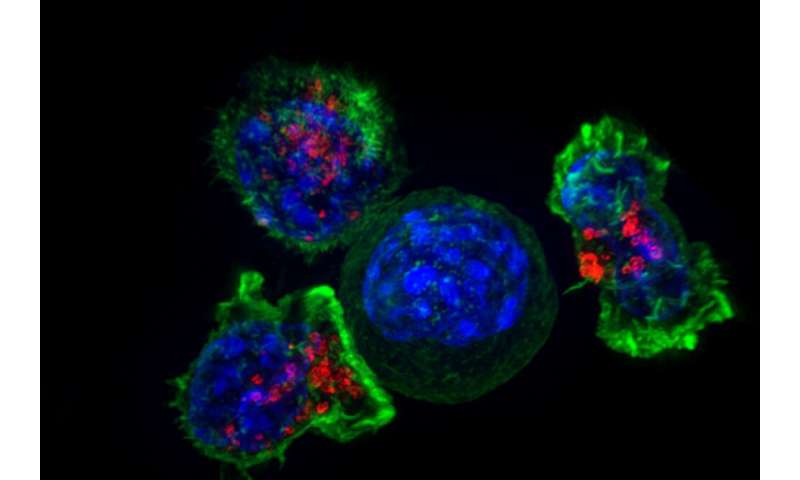 We then examined how safe masked IL-12 is by measuring liver damage biomarkers in mice. We found that immune-related side effects typically associated with IL-12 were notably absent in mice treated with masked IL-12 over a period of several weeks, indicating improved safety.