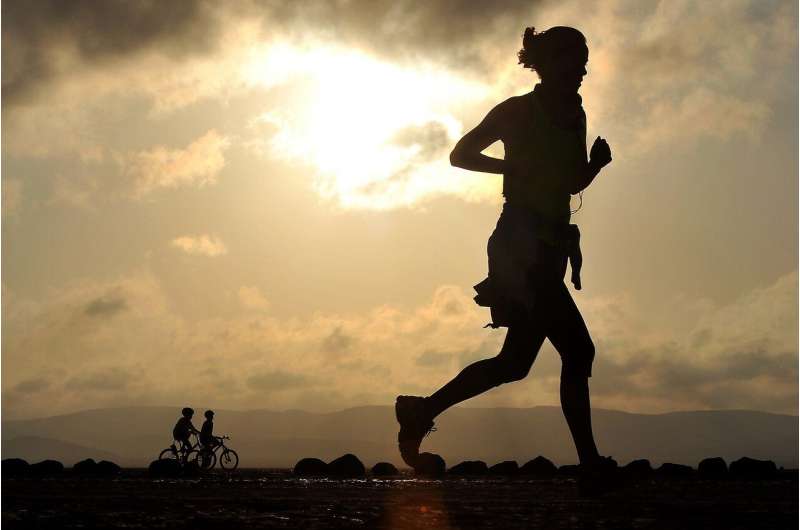 Almost half of all recreational runners incur injuries, mostly relating to knees, calves or Achilles tendons, and the level of risk is equally high whatever your age, gender or running experience. These are the findings of a thesis within sport science.

Doctoral student Jonatan Jungmalm recruited a little over 200 recreational runners from the list of entrants for the Göteborgsvarvet Half Marathon and monitored them over a period of one year. To take part in the study, they had to have been running for at least a year, have run an average of at least 15 km per week over the past year and have been injury free for at least six months. The participants were men and women in the age range 18-55.

Calculation shows injury for half of runners

Over the year of the study, the recreational runners filled in a training diary, entering information about how far they ran each day and whether they felt any pain. Those who suffered sudden injury or felt pain for a prolonged period were examined by a sports doctor.

Jonatan used a particular statistical method to calculate the proportion of injured runners, taking into account the rate of dropout that is common in studies based on voluntary participation.

Of those hit by injury, half had problems with their knees, calves or Achilles tendons.

“Few of the injuries were long-lasting. But all the injuries prevented the runners from exercising as usual,” says Jonatan.

No difference was found in terms of gender, age, running experience or weight between those who injured themselves and those who did not.

“However, those who had previously been injured were more likely to be affected again.”

All the participants were put through a series of physical tests before the study, ranging from strength tests and mobility tests to tests of running style.