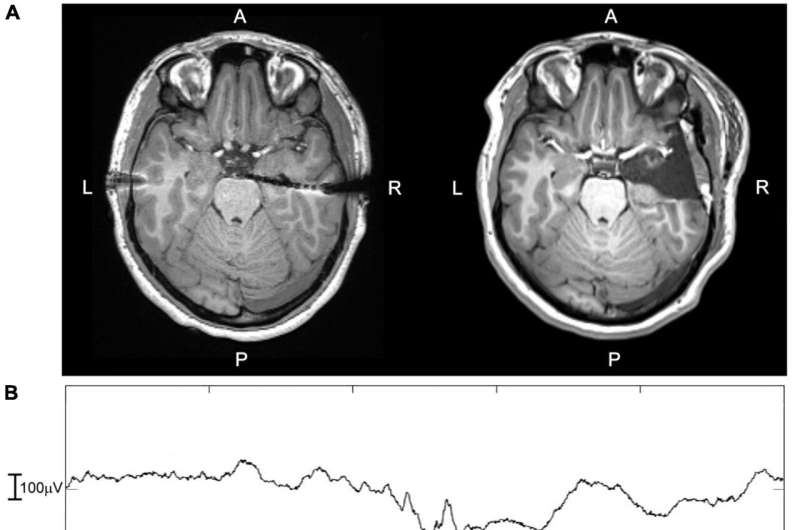 In an innovative study, researchers from HSE University, RAN Institute of Linguistics, and the the Pirogov Center measured and analyzed high-frequency oscillations (HFO) in different regions of the brain. An automated detector predicted seizure outcomes based on HFO rates with an accuracy rate of 85%, and by applying machine learning, made it possible to distinguish between epileptogenic and non-epileptogenic HFO.

The study’s findings are published in Frontiers in Human Neuroscience.

However, prospective studies, i.e. those conducted to predict surgical outcomes, have reported mixed results. In some cases, the resection of tissue in a region with a large detected number of HFO—and therefore assumed to be epileptogenic—did not cause seizures to stop.

According to the authors of this study, one of the reasons for the failure to predict surgical outcomes may have been the fact that patients were observed during REM sleep or wakefulness. The authors further argue that HFO data from deep (NREM) sleep could significantly improve the prognostic value of HFO rates, but not by much if the periods of NREM sleep were too brief or too few. Another limitation of previous studies was the performance of detectors used to measure HFO rates.

Researchers from HSE University, RAN Institute of Linguistics, and the Pirogov Center examined the differences in HFO amplitude, duration and frequency between healthy and epileptogenic brain tissue. They analyzed HFO rates in patients’ mesial temporal and neocortical regions during NREM sleep using an automatic detector clinically validated in previous studies

The study predicted seizure outcomes with an 85% accuracy. Achieving 100% accuracy would have been impossible, as the detector was unable to distinguish between epileptogenic and healthy HFO rates. This limitation was partly addressed by applying machine learning.

The researchers found a marked difference in amplitude between epileptogenic and non-epileptogenic HFO rates in the neocortex (frontal, temporal and parietal lobes). This difference was less pronounced in the mesial temporal regions, where HFO duration was a more important distinction. Epileptogenic high-frequency oscillations are approximately the same across brain regions in terms of amplitude, frequency, form and duration. Healthy oscillations, however, are vastly different—mainly in amplitude—in different regions.

“Our findings demonstrate that by observing HFO, we can detect epileptogenic areas. This result could be further improved in the future. Machine learning will make it possible to distinguish between epileptogenic and healthy oscillations based on their amplitude, frequency, and duration,” said Victor Karpychev, Research Assistant at the HSE Center for Language and Brain.

This study also indicates that the accuracy of using HFO to identify epileptogenic tissue can be higher if a reliable automatic detector is used during the patient’s NREM sleep phase.