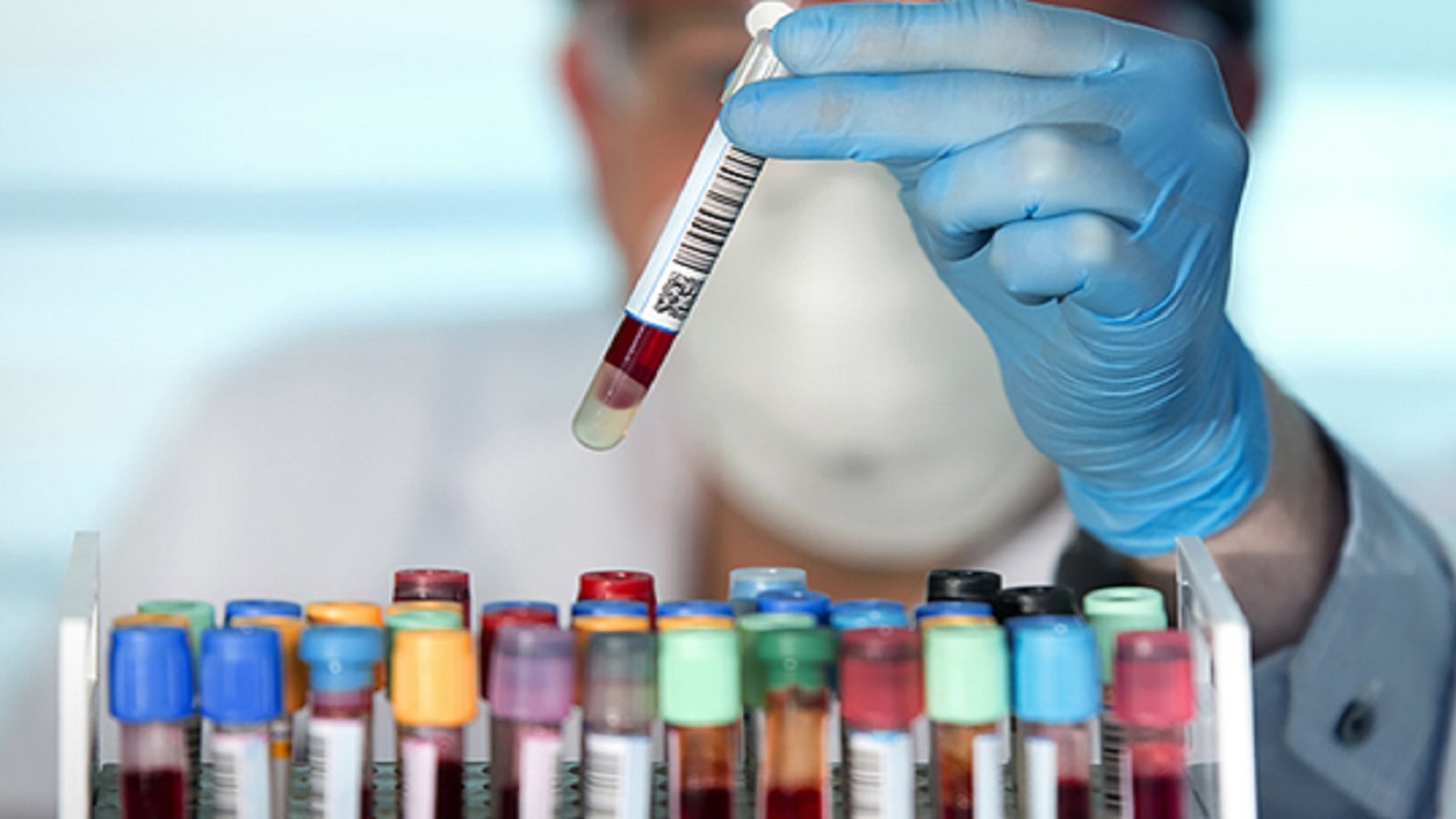 FILE: A technician picks up a test tube filled with blood.
(HIV.gov)

A man known only as the "London patient" appeared to be cured of H.I.V., making him the second known patient in nearly 12 years, giving scientists new hope that an eventual cure is possible, reports said Monday.

The "London patient" who was infected with H.I.V. and suffered from Hodgkin's lymphoma, received a bone marrow transplant from a donor with the CCR 5 mutation in May 2016, the New York Times reported. The transplant destroyed the cancer without harmful side effects, while the transplanted immune cells, which are now resistant to H.I.V., seem to have fully replaced his vulnerable cells, according to the paper.

The scientists are describing the case as a long-term remission publically, while most experts are calling it a cure, the paper reported. The investigators plan to publish their report on Tuesday in the journal Nature and are to present some of the details at the Conference on Retroviruses and Opportunistic Infections in Seattle, the Times reported.

Such transplants are dangerous and have failed in other patients. They’re also impractical to try to cure the millions already infected.

He was diagnosed with HIV in 2003 and started taking drugs to control the infection in 2012. It’s unclear why he waited that long. He developed Hodgkin lymphoma that year and agreed to a stem cell transplant to treat the cancer in 2016.

With the right kind of donor, his doctors figured, the London patient might get a bonus beyond treating his cancer: a possible HIV cure.

Doctors found a donor with a gene mutation that confers natural resistance to HIV. About 1 percent of people descended from northern Europeans have inherited the mutation from both parents and are immune to most HIV. The donor had this double copy of the mutation.

That was “an improbable event,” said lead researcher Ravindra Gupta of University College London. “That’s why this has not been observed more frequently.”

The transplant changed the London patient’s immune system, giving him the donor’s mutation and HIV resistance.

The patient voluntarily stopped taking HIV drugs to see if the virus would come back.

Usually, HIV patients expect to stay on daily pills for life to suppress the virus. When drugs are stopped, the virus roars back, usually in two to three weeks.

That didn’t happen with the London patient. There is still no trace of the virus after 18 months off the drugs.

The "London patient" told the paper that it was "surreal" and "overwhelming" to learn that he could be cured of H.I.V. and cancer.

“I never thought that there would be a cure during my lifetime," he said. So far, there are only two known instances of a reported cure.

The first man called the "Berlin patient" was later revealed to be Timothy Ray Brown, the Washington Post reported.

“I think this is really quite significant. It shows the Berlin patient was not just a one-off, that this is a rational approach in limited circumstances,” Daniel Kuritzkes, chief of infectious diseases at Brigham and Women’s Hospital (who was not involved in the study), told the paper.

The Associated Press contributed to this report