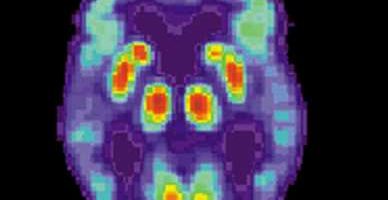 Living your best life at 35, ignoring cholesterol and glucose levels, may impact your chances of getting Alzheimer’s disease (AD) later in life. According to researchers from Boston University School of Medicine (BUSM), lower HDL (high-density cholesterol) and high triglyceride levels measured in blood as early as age 35 are associated with a higher incidence of AD several decades later in life. They also found that high blood glucose measured between ages 51-60 is associated with risk of AD in the future.

“While our findings confirm other studies that linked cholesterol and glucose levels measured in blood with future risk of Alzheimer’s disease, we have shown for the first time that these associations extend much earlier in life than previously thought,” explains senior author Lindsay A. Farrer, Ph.D., chief of biomedical genetics at BUSM.

The researchers believe that although high LDL has been consistently associated with AD risk in many previous studies, the link between HDL and AD was inconclusive, perhaps because most studies examining these relationships were conducted in persons who were 55 years and older at baseline.

This study was conducted using data obtained from participants of the Framingham Heart Study who were examined in approximately four-year intervals throughout most of their adult lives. Correlations of AD with multiple known risk factors for cardiovascular disease and diabetes (including HDL, LDL, triglycerides, glucose, blood pressure, smoking, and body mass index) were measured at each exam and during three age periods during adulthood (35-50, 51-60, 61-70).

The researchers found that lower HDL (the good cholesterol) is predictive of AD in early (35-50 years) and middle (51-60 years) adulthood and that high glucose in the blood (a precursor of diabetes) during mid-adulthood is also predictive of AD “These findings show for the first time that cardiovascular risk factors, including HDL which has not been consistently reported as a strong risk factor for AD, contribute to future risk of AD starting as early as age 35,” says first and corresponding author Xiaoling Zhang, MD, Ph.D., assistant professor of medicine at BUSM.

Farrer also points out, “the unique design and mission of the Framingham Heart Study, which is a multi-generation, community-based, prospective study of health that began in 1948, allowed us to link Alzheimer’s to risk factors for heart disease and diabetes measured much earlier in life than possible in most other studies of cognitive decline and dementia.”