Libby Clegg is etching new ground by being the first blind person to compete in the ice skating competition. The 29-year-old was born with a degenerative genetic condition called Stargardt’s Macular Dystrophy. The rare eye disorder hasn’t hindered her life achievements, she really does have a lot to aspire to.

In 2008 she represented Great Britain in the Paralympics and won a silver medal in the T12 (visual impairment) 100m race.

Then in 2016, eager to do better, Libby won Gold in the Rio Paralympic Games – breaking the world record in the 100m race.

Living, working and competing with Stargardt’s Macular Dystrophy – an inherited eye condition that wastes away the central area of the retina called the macula, leading to progressive blindness – must be challenging.

For everyday life, Libby is usually accompanied by her black Labrador guide dog, Hatti. And, while training for sprints, she usually runs alongside a guide.

So how is Libby finding her training regime with fellow Dancing On Ice partner Mark Hanretty?

“It’s been a learning process,” she confessed to Radio Times. “On the track I run with a guide runner and we’re attached all the time…

“It’s like learning a different vocabulary to communicate. Myself and my [ice skating] partner, Mark Hanretty, use touch and verbal communication. 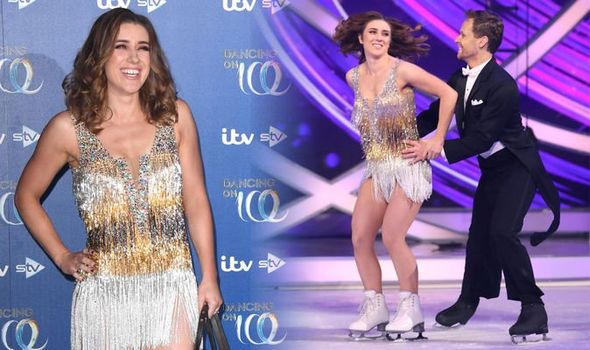 “I’m not as bad as I thought I was going to be, but it’s not as easy as it looks. It’s very technical.”

As there’s currently no treatment for Stargardt disease, Libby has come to accept her sight will continue to get worse.

At present, she has slight peripheral vision in her left eye, but will eventually go completely blind.

In the early stages of Stargardt’s Macular Dystrophy, people may have difficulty reading or seeing in dim light, but most cases are diagnosed by the time someone reaches the age of 20.

Triumphant in her sport, the Scottish-born sprinter has even been awarded an MBE for her contributions to athletics and charity.

Most definitely up for new adventures, she then welcomed her baby boy – Edward – into the world last April.

Sharing her son with fellow Paralympian Dan Powell, Libby spoke to The Telegraph about what would happen if their child has inherited a sight condition too.

“If [Edward] does have a sight condition, it’s not that I would expect him to become a Paralympic champion or anything, but there are options. 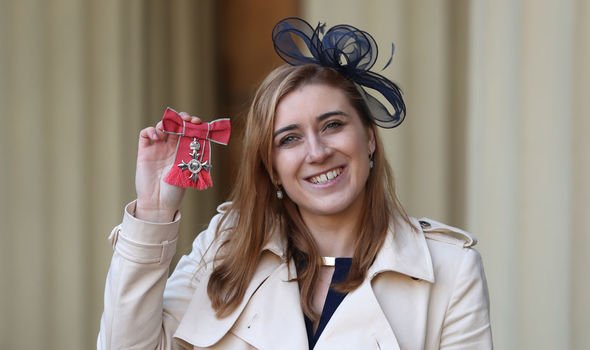 “There are a lot of things you can do that people tend to restrict you and not think you can.

“He could go into anything. If he can’t see, we’re not going to treat him any differently anyway.”

Engaged to Libby since 2017, Dan also has a form of muscular dystrophy which qualifies him to compete in judo – a modern martial arts – for the Paralympics. 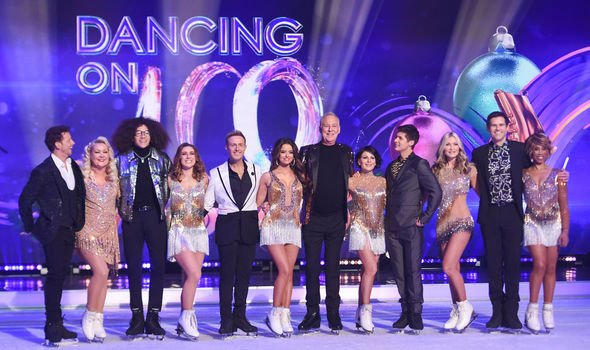 Currently second in the leaderboards for Dancing On Ice, Libby is impressing judges Jayne Torvill, Christopher Dean, John Barrowman and Ashley Banjo, as well as the viewers at home.

We wonder how far Libby will go in this year’s ice skating competition.

There’s no doubt she’ll be aiming to win with her competitive streak.

Dancing on Ice continues on Sundays, ITV at 6pm.