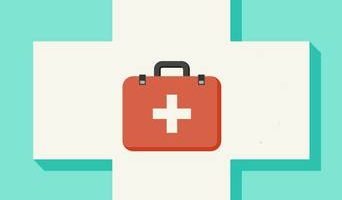 Last year, my dad died. The year before that, he almost did. By choking. It was a Saturday. I was visiting. Normally, I’d leave before my parents sat down to lunch. For some reason, perhaps fate, that day I joined them. We were having a fry and a great chat when Dad started to choke. My first thought was: he’ll be grand. My second was: please don’t let me have to do the Heimlich manoeuvre. I didn’t want Dad’s life in my hands. I had trained as a nurse but had never been called on to use the Heimlich. I willed him to cough up the offending food, whatever it was.

The scariest thing was the silence. He was making no breath sounds at all. I rushed to him, knowing that I had a maximum of four to six minutes to clear his airway. Beyond that, the lack of oxygen would cause his brain cells to start dying. While my horrified mum and their carer looked on, I slid my arms around Dad from behind, gripped one hand with the other just under his ribs and yanked up and back. Nothing happened. I did it again. The continued silence was ominous. I asked the carer to call 999 though I knew that no one would be able to get to us in time. I heaved again and again and again, afraid I might break ribs, yet knowing that broken ribs would be nothing compared to the alternative. Still, I couldn’t budge whatever it was.

Dad, initially standing, began to slowly – silently – sink to the floor. I went with him, still heaving. As soon as he was on his hands and knees, I began to whack the back of his chest with the heel of my hand in an upward motion. I alternated between heaving and whacking while two words went round in my head: “Please, God. Please, God. Please, God.” I have felt desperate many times in my life. None on this scale. A life was in my hands – and not just any life but my father’s – while his wife of over 50 years looked on in terror, willing me to succeed. I couldn’t let them down. Either of them. They had always taught me that my best was enough. That no longer applied. I had to save him.

Finally, after what felt like hours but couldn’t have been more than six minutes, it slithered out. A soggy, grey, flaccid piece of sausage. It didn’t hurtle across the room like in the movies. It anti-climaxed its way onto the floor. It was hard to believe that something so innocuous had almost killed my father.

Dad’s returning breath was the most welcome sound I have ever heard. I sat with him on the floor while he recovered his strength and colour. Then with the help of the carer, I got him into bed. Once settled, he looked at me and said, “God, you were really worried.” I can smile at that now, understanding that it was his pride talking. At the time, it wasn’t so easy.

The carer stayed with Dad while I went to my mum. I calmly painted her nails as if it were just another day. We didn’t talk about it. Inside, I was shaking. It took days to recover from the shock of how close we came to losing him. The following day, aching all over, I learned just how physical the Heimlich manoeuvre is.

Stunned by the power of a little piece of sausage, I took to the internet, Googling “choking and sausages”. Though trained as a nurse, I had been feeding my children little circles of sausage for years without knowing that they were a choking risk. Only following my dad’s brush with death, did I learn how and why they can be so dangerous. When a circle of sausage goes down the wrong way, it forms a plug, sealing the airway and creating a vacuum, making it almost impossible to budge.

My father had end-stage Parkinson’s disease. His swallow was affected. But sausages pose a danger for anyone, especially children. Dad ultimately lost his fight with Parkinson’s and now that I am starting to recover from that loss, I would like to spread the word about ways we can reduce the risk of choking.

Sausages are a common cause of choking. In the US, hot dogs are the leading cause. To reduce the risk, cut them longways before slicing and teach children to chew their food properly. It can also help to remove the skin before serving.

Other foods that pose a choking risk, especially in young children, include whole grapes, baby tomatoes, raw vegetables, chunks of meat, marshmallows, popcorn, hard boiled sweets, nuts, large seeds, and chewing gum. Before a child has teeth, raisins and dried fruits can also be risky because they are hard to chew and sticky in texture. To reduce the danger of choking, grapes and tomatoes should be halved. Meat should be cooked till tender, finely chopped and added to mashed food. Raw vegetables and fruits such as apples are best grated. Peel fruit such as apples, plums and pears and remove seeds and stones. Avoid marshmallows, popcorn, hard boiled sweets, nuts and chewing gum in young children. Even peanut butter and chocolate spreads pose a risk and should be spread very sparingly.

Children should sit at the table when eating. This ensures that they are upright and focused on what they are doing. Food should be cut up. Until children can chew properly, the pieces shouldn’t be any larger than a pea. Once children have teeth, they should be taught to chew properly and should be supervised as they will be unable to call you should they choke. They should not eat on the move. Neither is it a good idea for children to eat in the car as the driver’s focus is on the road and the car can stop suddenly.

Latex balloons are a danger to children eight years or younger who can easily inhale them when trying to blow them up. Once inhaled, they stick to the throat, blocking the airway.

When babies begin to crawl, keep the coast clear of anything small they could put in their mouths such as coins, batteries, hair ties, pen caps, jewellery, toys with small parts such as Lego etc. If in doubt, get down on your hands and knees and crawl around in search of things a toddler might like to investigate by putting in their mouths. Heed the age warnings on toys and watch out for those with small parts. You can buy a “small parts tester.” Any object that fits into the device is too small for a child of three or under to have. Always put your children’s toys away safely, storing those for older kids separately from younger kids’ ones.

I absolutely believe that basic first aid, including the Heimlich manoeuvre, should be taught at schools. Knowing first aid saves lives. The Irish Red Cross run courses for both individuals and companies wishing to train their staff.

For more information check out redcross.ie/firstaid for a course near you. near you.

Learn the basics: What to do when someone is choking

⬤ What should you do?

2. Start back blows: stand to the side and slightly behind the patient, tilt them forward, supporting them in front with one arm. Using the heel of your hand, strike them in an upward direction between the shoulder blades with as much force as possible. Repeat up to five times, checking in between blows to see if you have released the object.

3. If unsuccessful, perform abdominal thrusts: stand behind the patient and put your arms around the abdomen. Locate the belly button – and put the fist of one hand between the belly button and the rib cage. Cover your fist with your other hand, lean the patient forward and give a quick forceful inward and upward thrust. If unsuccessful, repeat up to four more times, checking for success in between.

4. If unsuccessful, return to back blows (up to five) followed by abdominal thrusts (up to five). Repeat the sequence until you clear the object.

5. If the patient becomes unresponsive:

B) Check airway; if object present, try to remove it