J.&J. Vaccine May Be Less Effective Against Delta, Study Suggests

Many who received the shot may need to consider boosters, the authors said. But federal health officials do not recommend second doses. 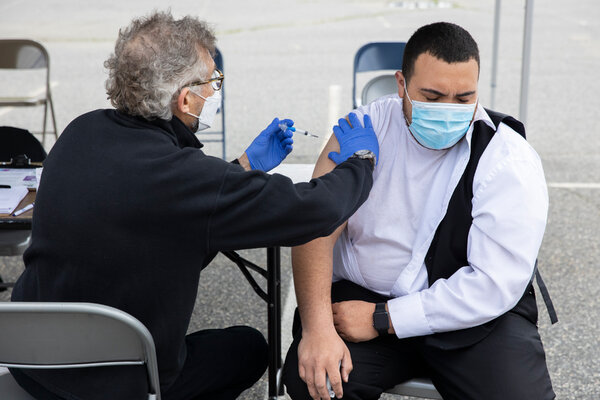 The coronavirus vaccine made by Johnson & Johnson is much less effective against the Delta and Lambda variants than against the original virus, according to a new study posted online on Tuesday.

Although troubling, the findings result from experiments conducted with blood samples in a laboratory, and may not reflect the vaccine’s performance in the real world. But the conclusions add to evidence that the 13 million people inoculated with the J.&J. vaccine may need to receive a second dose — ideally of one of the mRNA vaccines made by Pfizer-BioNTech or Moderna, the authors said.

The conclusions are at odds with those from smaller studies published by Johnson & Johnson earlier this month suggesting that a single dose of the vaccine is effective against the variant even eight months after inoculation.

The new study has not yet been peer reviewed nor published in a scientific journal. But it is consistent with observations that a single dose of the AstraZeneca vaccine — which has a similar architecture to the J.&J. vaccine — shows only about 33 percent efficacy against symptomatic disease caused by the Delta variant.

“The message that we wanted to give was not that people shouldn’t get the J.&J. vaccine, but we hope that in the future, it will be boosted with either another dose of J.&J. or a boost with Pfizer or Moderna,” said Nathaniel Landau, a virologist at N.Y.U.’s Grossman School of Medicine, who led the study.

Other experts said the results are what they would have expected, because all of the vaccines seem to work better when given in two doses. “I have always thought, and often said, that the J.&J. vaccine is a two-dose vaccine,” said John Moore, a virologist at Weill Cornell Medicine in New York.

Dr. Moore pointed to several studies in monkeys and people that have shown greater efficacy with two doses of the J.&J. vaccine, compared with one dose. He said the new study was particularly credible because it was published by a team with no ties to any of the vaccine manufacturers.