Many doctors on the front lines say unvaccinated patients in their 20s and 30s are becoming more severely ill, and more quickly. But comprehensive data is lacking. 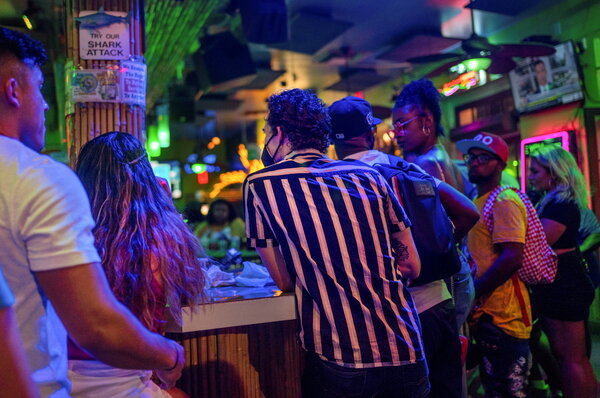 Many of the patients with Covid-19 now arriving at the hospital are not just unvaccinated — they are much younger than 50, a stark departure from the frail, older patients seen when the pandemic first surged last year.

In Baton Rouge, La., young adults with none of the usual risk factors for severe forms of the disease — such as obesity or diabetes — are also arriving in E.R.s, desperately ill. It isn’t clear why they are so sick.

Physicians working in Covid hot spots across the nation say that the patients in their hospitals are not like the patients they saw last year. Almost always unvaccinated, the new arrivals tend to be younger, many in their 20s or 30s. And they seem sicker than younger patients were last year, deteriorating more rapidly.

Doctors have coined a new phrase to describe them: “younger, sicker, quicker.” Many physicians treating them suspect that the Delta variant of the coronavirus, which now accounts for more than 80 percent of new infections nationwide, is playing a role.

Studies done in a handful of other countries suggest that the variant may cause more severe disease, but there is no definitive data showing that the new variant is somehow worse for young adults.

Some experts believe the shift in patient demographics is strictly a result of lower vaccination rates in this group.

As of Sunday, more than 80 percent of Americans ages 65 to 74 were fully vaccinated, compared with fewer than half of those ages 18 to 39, according to figures from the Centers for Disease Control and Prevention.

The vaccines are powerfully effective against severe illness and death after infection with any variant of the virus, including Delta. A vast majority of hospitalized patients nationwide — roughly 97 percent — are unvaccinated.

“I don’t think there’s good evidence yet about whether it causes more severe disease,” Dr. Adam Ratner, associate professor of pediatrics and microbiology at the New York University Grossman School of Medicine, said of the Delta variant.