Imagine that 90 percent of all people living with H.I.V. were diagnosed and treated with drugs. Would that be sufficient to end the AIDS epidemic?

Scientists tried to answer the question in three enormous studies published on Wednesday in the New England Journal of Medicine. Instead of simply urging people to get testing and treatment for H.I.V., health workers in five African countries went door to door, or set up mobile sites, offering tests for H.I.V., tuberculosis and other diseases to everyone in certain communities.

Anyone who tested positive for the infection was set up with clinic appointment to receive antiretroviral drugs. Then investigators assessed whether these efforts made any difference in the number of new H.I.V. infections in those communities.

Results from three of the studies suggest that the strategy comes nowhere near bringing the rate of new infections with H.I.V., or incidence, down to zero. But all of the studies showed that incidence dropped by about 30 percent, and one found a decrease in H.I.V.-related deaths.

“Some of us were hoping for a higher reduction in incidence,” said Dr. Carlos del Rio, who heads the scientific advisory board at the President’s Emergency Plan for AIDS Relief, or Pepfar, which helped fund the studies. “But at the same time, it’s not trivial. A 30 percent reduction in incidence is pretty dramatic.” 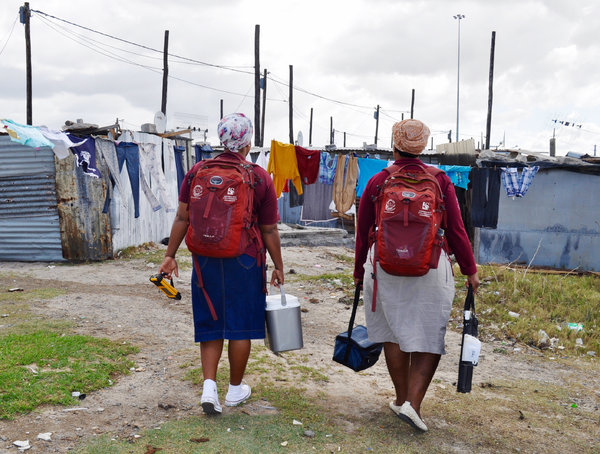 Worldwide, there were roughly 38 million people living with H.I.V. in 2018. The epidemic continues to ravage Africa: About 26 million people on the continent have H.I.V., of whom just 16.5 million receive drug therapy.

One of the new studies, called Ya T’sie (a reference to teamwork in the Setswana language), focused on 15 pairs of villages in Botswana, while a second, called Search, examined 32 rural communities in Kenya and Uganda. The largest of the three studies, PopART, looked at 21 communities in Zambia and South Africa.

Together, the studies cost more than $200 million and included nearly 1.5 million people.

“The scale and scope of these studies is remarkable,” said Dr. Wafaa El-Sadr, an H.I.V. expert at Columbia University in New York and leader of a group that helped fund PopART. “This is public health research at its best.”

If this strategy were carried out successfully, it would leave nearly three-quarters of infected individuals with such low levels of H.I.V. in their blood that they would be unable to infect anyone else. The new studies were the first to try the so-called universal test-and-treat approach, and all of them surpassed the 90-90-90 targets.

Each study was designed differently, but broadly speaking, the teams randomized entire communities to receive either the standard of care for that country, or some combination of treatments, including testing for H.I.V., TB and sexually transmitted infections; counseling; condoms; prenatal care; and voluntary medical circumcision.

Each study arrived at roughly the same 30 percent figure for the drop in incidence. Given the studies’ size and complexity, however, the details are not straightforward.

A key finding from all three studies was the importance of a “warm handoff”: Community health workers made sure that everyone who tested positive for H.I.V. showed up at a clinic for treatment. They called or texted people to remind them of their appointments, and escorted them to clinics if necessary.

“Some people for so many reasons don’t show up,” said Dr. Shahin Lockman of Harvard University, who led Ya T’sie. “They’re scared, they’re not ready, they’re worried, they’re busy.”

A lack of follow-up may explain why another trial, called TasP, found no effect on H.I.V. incidence. That study, funded by the French government and published last year in The Lancet, was conducted in KwaZulu Natal in South Africa and did not meet the treatment targets.

“Linkage to care was the critical weakness in TasP,” said Dr. Gilles Van Cutsem, an adviser to the medical charity Doctors Without Borders, who was not involved in the newer studies. “That is the most difficult part to achieve.”

Given the scale of the three new studies, the researchers expected their analyses to be complex. But the teams also faced unexpected snags.

In 2013, when the trials began, the standard of care in those countries was to offer antiretroviral drugs only to H.I.V.-infected people with a CD4 count — a measure of certain immune cells in the blood — of 350 or less. (The range for a healthy person is 500 to 1,500.)

By 2016, however, the countries all began offering universal treatment — that is, antiretroviral drugs to anyone who is H.I.V. positive, regardless of CD4 count — although not universal testing.

The change was good for patients, of course, but made it difficult, and perhaps even unnecessary, to assess the benefits of universal treatment.

Once the countries switched to universal treatment, however, the first two groups “were essentially identical,” said Dr. Richard Hayes, an epidemiologist at the London School of Hygiene & Tropical Medicine, who was a co-leader of PopART. “When we originally designed this study, we never expected that to be such a rapid change.”

Despite both groups being identical, only the second showed a 30 percent drop in H.I.V. incidence — a result that has so far stumped the researchers. (The first group showed a 7 percent decrease, but that was not a statistically significant result.)

While they attempt to solve the mystery, Dr. Hayes and his colleagues have opted to combine the results from both the first and second groups and reported a cumulative drop in incidence of 20 percent.

The Search study also had its share of problems. That team’s approach included tests even for chronic diseases such as diabetes and hypertension, and the investigators saw a 32 percent decrease in H.I.V. infections.

But the comparison group also showed a similar drop — perhaps because the researchers also offered the full testing package even to people in that group, said Dr. Diane Havlir of the University of California, San Francisco, who led the study.

Still, the team saw a 23 percent decrease in deaths from H.I.V., and 59 percent decrease in TB infections among people with H.I.V. Testing for a range of diseases is helpful and realistic, Dr. Havlir said, because it reduces stigma and makes it easy to enroll patients in care for many conditions.

“If you’re not just doing it for H.I.V. and you’re committed to building care for these other diseases, it’s a shared cost,” she said.

In all of the new studies, health workers had the most trouble reaching men and young people for H.I.V. testing. Some of the teams tried setting up tents and camps near farms, taxi ranks, schools and sports events, and operated them even on weekends and evenings.

“Men go from having a pediatrician to having a geriatrician, that’s been a consistent finding in global health,” said Dr. Del Rio. “It also shows where we need to put a lot of our efforts.”

But those efforts are unlikely to be carried out on anywhere near the scale of these new studies, partly because of the expense, and because universal treatment has already become the standard.

“These are all really important studies, but never again will they be performed,” Dr. Del Rio said. “Because the world has changed, we will not see this again.” 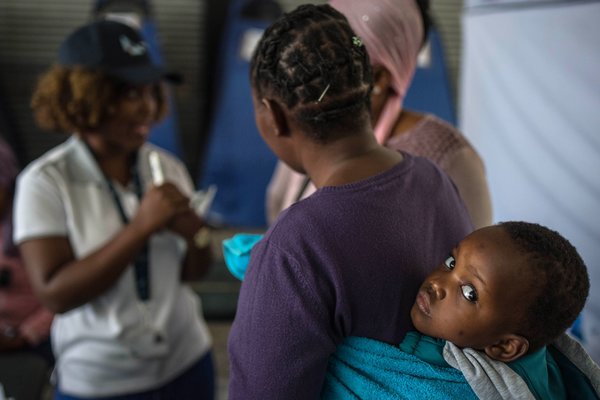 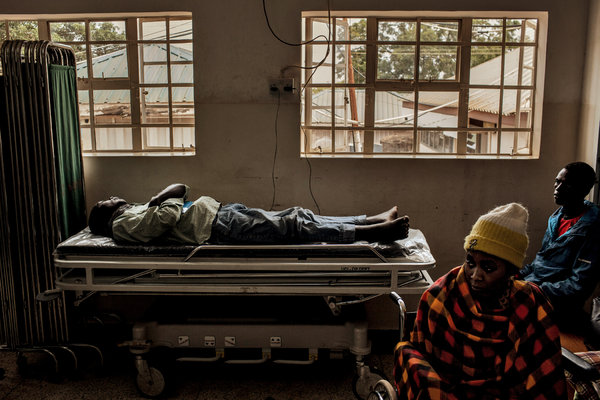 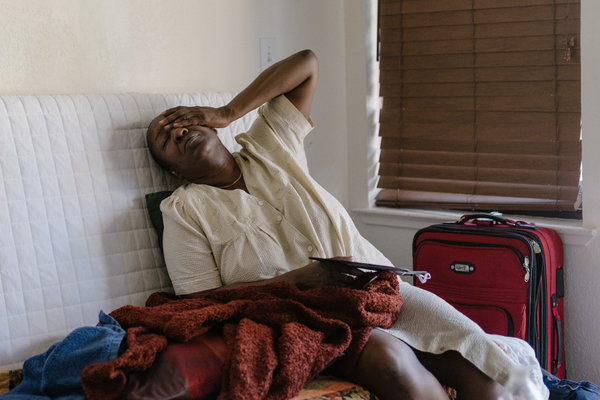 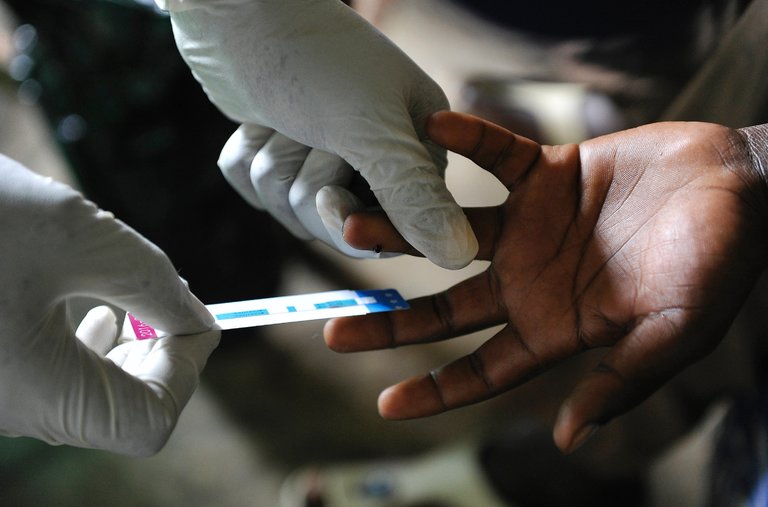 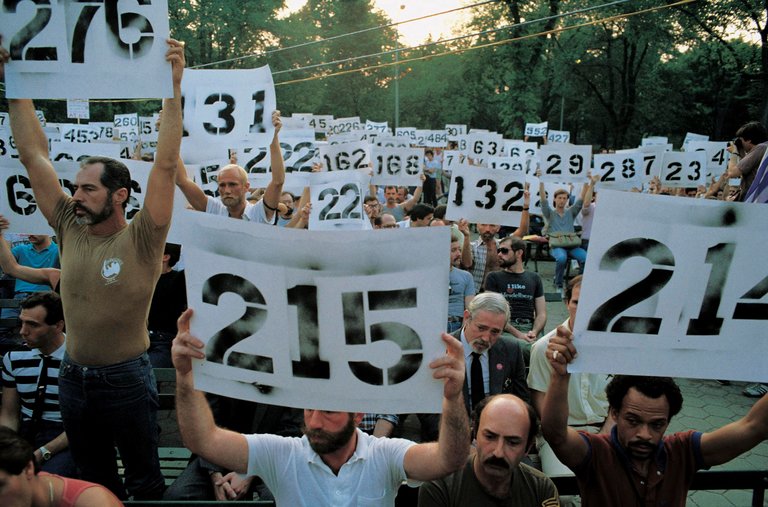