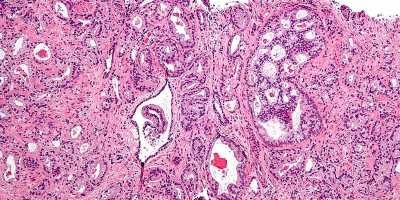 For years, researchers have known that men of African ancestry are at greater risk of developing prostate cancer with research suggesting that inherited factors may contribute to their greater risk.

Now, a new USC study published in European Urology is the first to identify an inherited genetic variant associated with higher risk of prostate cancer in men of African descent that contributes to the clustering of prostate cancer cases within families.

“About 12% of men of African ancestry carry this particular variant in the genome, which increases their risk two-fold. The variant is not found in other populations,” said Christopher Haiman, ScD, study author and Professor of Preventive Medicine, Keck School of Medicine of USC. “But it’s even more common in families with a history of prostate cancer.”

While a prostate specific-antigen (PSA) blood test can detect prostate cancer, many of the cancers it detects may not cause harm, while treatment can cause life-altering side effects.

Variant could aid in screening and treatment decisons

This new information may eventually help clinicians identify men who could benefit from early prostate cancer screening and treatment.

“A man of African ancestry comes in and says, ‘Well, I have prostate cancer and I have a family history of the disease. Why?.’ Well, now there’s a variant you can test to see if they and their family members carry it,” said Haiman. “This is a marker that down the road may be used to identify African-Americans and their family members who are at high risk and would benefit from more precise, targeted, and earlier PSA screening.”