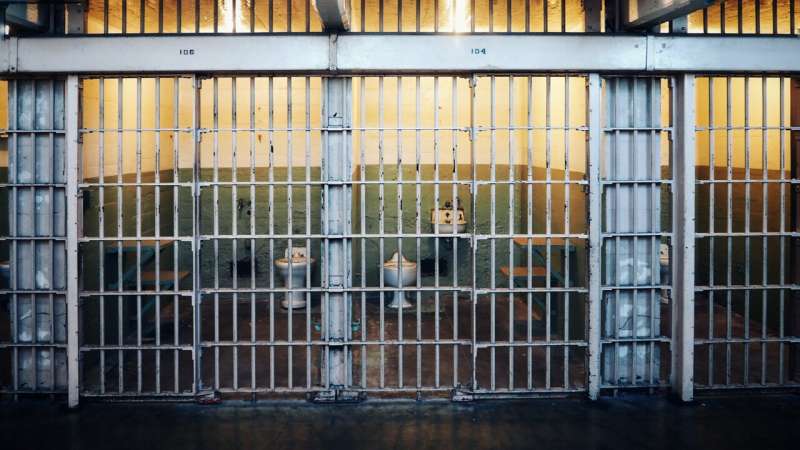 When University of Pennsylvania doctoral student Helena Addison worked as a nurse at an inpatient psychiatric hospital, she encountered many people who had previously been incarcerated. The interactions made her want to better understand the mental health fallout from such an experience.

In collaboration with Sara Jacoby, an assistant professor in the School of Nursing, Addison evaluated what science currently knows about the psychological ramifications for Black men of going through such a detention. Reviewing nearly two dozen articles from the past decade, she discovered that for this group in the United States there exists a link between incarceration and higher levels of psychological distress, more severe symptoms of PTSD and depression, and many other facets of poor mental health.

She, Jacoby, and Penn Nursing colleagues Therese Richmond and Lisa Lewis shared their findings in the Journal of Advanced Nursing.

“Incarceration is underappreciated as a social determinant of health,” says Jacoby, whose research focuses on trauma and violence. “It’s something that we talk about, but it’s not something that’s always articulated so specifically. This work does so in a way that has been lacking for nursing and a broader health care audience.”

Understanding health disparities and mental health has always interested Addison. In addition to her clinical inpatient psych nursing experience, she had previously studied trauma and interpersonal violence exposures among men, women, and youth. When she began the doctoral program at Penn, she thought she’d research incarceration as a source of trauma for Black men, who are detained at nearly six times the rate of white men in the U.S.

But after digging into the literature and with guidance from Jacoby, Addison expanded her project’s scope, both in terms of how she considered the mental health repercussions of incarceration and whom she sought to include. “My parents are immigrants from Ghana. When I think of Black people, I think of the diaspora,” says Addison. “The Census defines Black people a certain way, but I wanted to make sure that in this and future work, I’m thinking broadly about what it means to be Black in the United States.”

To that end, Addison incorporated peer-reviewed literature from 2010 to 2021 about men who identified as Black in the U.S. She had intended to get more granular regarding different identities—African American, Afro-Caribbean, Afro-Latino, or from African immigrant groups—but the literature isn’t yet expansive enough. In total, she found 16 quantitative, six qualitative, and one mixed-methods study that fit her criteria, with sample sizes ranging from seven participants to more than 5,000. The studies took place across the U.S.

“It’s a drop in the bucket,” Jacoby says. “If we were looking at health disparities research about physical health conditions like cardiac disease or diabetes, there would be thousands of studies to understand the problem. Here we found 23.” Yet the literature—limited as it was—started to reveal a story to Addison.

Longer imprisonment and time spent in solitary confinement mattered, too, increasing the negative mental health symptoms formerly incarcerated Black men suffered later. Despite that, Addison and Jacoby found that few of these men discussed seeking help, reporting barriers such as long waits and a need to prioritize different aspects of their reentry like housing or employment.

Addison says she hopes this and future work can shed light on how to better support the mental health needs of this community. “Things like health insurance after reentry are important,” she says, “but also, should we be talking to the community center or churches? Who and what are the resources available, and which ones need to be adapted or improved to help support the mental health needs of this population?”

This research is an important beginning to better understand incarceration as a social determinant of health, Jacoby says. “Mass incarceration is one of the most prominent forms of structural racism in society,” she says. “How would you imagine in any possible reality that incarceration wouldn’t have some impact on one’s psyche and mental health?”