In some children with autism, ‘social’ and ‘visual’ neural circuits don’t quite connect 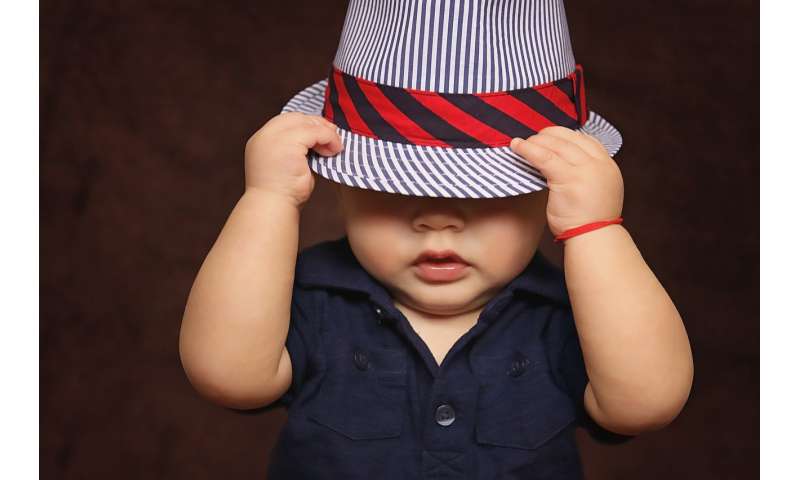 Among the first and most-documented symptoms of autism spectrum disorder (ASD) is a child’s aversion to interaction with others. Specifically, they appear uninterested in social activities and stimuli that would normally attract a young child’s attention, such as watching other children play, sing or dance.

“This indicates that in a subtype of ASD toddlers with a preference for geometric images rather than pictures of children—about 20 percent of toddlers with autism—there is a disconnection between visual and social brain networks. In these ASD toddlers, colorful moving shapes, rather than fun social-emotional stimuli, control neural activity, attention and learning,” said senior and corresponding author Karen Pierce, Ph.D., professor of neurosciences and co-director of the UC San Diego Autism Center of Excellence with co-author Eric Courchesne, Ph.D., also a professor of neurosciences.

The daily disconnection of social and visual neural networks results in attention, experience and learning to be directed towards low-level, but visually salient stimuli like colorful spinning shapes, said Pierce; this may be a causative factor in the symptoms and observed social impairment in some ASD toddlers. But the findings, she added, may also provide a new avenue for diagnosing and treating ASD in toddlers and young children.

“Currently, when a child receives a diagnosis of autism, he or she is usually referred for a fairly generic treatment based on principles of Applied Behavior Analysis. In the future, following a diagnosis, children might receive more in-depth biological evaluations that provide information about their eye gaze and brain network activation patterns, which could point to more specific treatments,” she said.

“It may also be possible that brain imaging and eye tracking could be used together to determine the efficacy of treatment if a second biological evaluation is conducted at some point following a period of treatment.”

Pierce and colleagues have been investigating the potential of eye gaze technology in diagnosing and treating ASD for several years. In 2010, for example, they reported that, in a simple one minute eye tracking test, infants as young as 14 months who preferred movies of geometric shapes more often than movies of children dancing and doing yoga were subsequently diagnosed as ASD using a longer, gold-standard behavioral diagnostic test (the “ADOS”). Conversely, typically developing infants and toddlers preferred watching the “social” images.

In this new study, the researchers combined eye tracking (in which a camera monitors and documents where and what a child is looking at on a screen) with functional magnetic resonance imaging (fMRI) data detailing interconnectivity between different brain circuits.

“Basic neuroscience has found that the human brain has many so-called ‘resting state’ networks, each involved in different sensory, attention, cognitive and social functions. These networks are active even when we are not engaged in any explicit task, even during natural sleep,” said Courchesne.

“One social network, the Default Mode Network or DMN, is highly active when we are thinking about ourselves and others. It is thought that abnormalities in the DMN may be central to why individuals with autism have social difficulties. Since experience-dependent mechanisms, such as what someone looks at, drives brain development, understanding what someone visually attends—social or non-social stimuli—can provide invaluable information.”

Examining the combined data for both ASD toddlers and non-ASD comparison groups, the researchers found less-than-typical neural interaction (hypoconnectivity) between social brain circuitry like the DMN and visual and attention networks in ASD children. The greater the hypoconnectivity, the more severe the social-communication difficulties, particularly in toddlers with geometric-preference ASD.