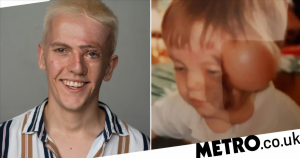 If I catch you staring at my scars, prepare for me to ask you why 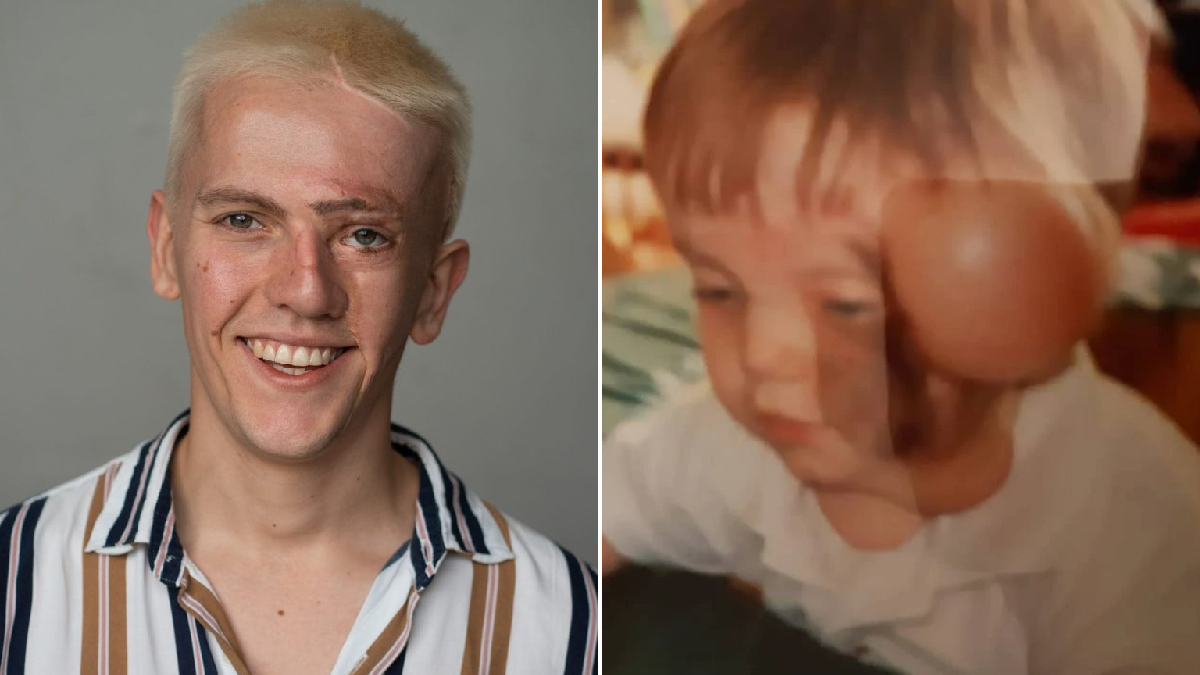 Stepping onto the tube, I took a seat and opened my book to while away my journey. Yet within minutes, I felt a set of eyes boring into me.

Looking up, the woman on the opposite seat was gawping.

It could have been because of the fabulous new shirt I was wearing or because she thought I was devastatingly handsome. But, after a lifetime of similar stares, I think I knew the reason.

The large scar on the left hand side of my face.

But instead of putting my head back down, or trying to ignore it, I faced her head-on. ‘Would you like to know what happened?’ I asked. Immediately, her face turned red and I almost felt bad for embarrassing her. Almost.

I was born with a rare birthmark on my face, called a congenital melanocytic nevus, which covered most of my left cheek. I spent most of my childhood in and out of hospital and underwent many operations, including tissue expansion and skin grafts, in order to remove it. Doctors were worried if they didn’t, there was a chance it could become cancerous.

From the start, the resulting scars had gathered unwanted attention.

I remember Mum telling me a story: when I was still in a pram, a group of women had descended upon us so they could get a closer look at my face.

‘Would you mind moving out of our personal space?’ she’d asked them firmly. ‘But is there anything you want to know about what’s happened to him? I’m happy to answer your questions.’

That, she told me, was the best way to deal with people who stared. Because most of the looks I’ve received, however intrusive and uncomfortable they feel, come from curiosity.

In hospital, I’d been surrounded by children in similar situations to me and our family got support from organisations like the Birthmark Support Group. When I was five years old, we went on a day out with them and, surrounded by other people with visible differences, I had the best day. Even at such a young age, it felt so wonderful to be in an environment where difference was celebrated.

But, of course, at school, it was a very different situation.

‘Where are all of the children who look like me?’ I asked Mum.

‘No one could ever be like you; you’re special, unique and one of a kind,’ she replied.

I wished it could have been that easy to believe her. But I faced many different hurdles, including moving to Northampton when I was eight years old. I think every child who joins a new school worries about making friends but I had additional anxiety about my looks and how my new classmates would react to me.

Even then, I was acutely aware that one of the first stories that includes a character with a visible difference that children are exposed to, is The Lion King – and Scar is, of course, a villain. Already, I was worried they’d be scared of me.

It turned out, these concerns weren’t unfounded and I was so confused and upset when some of my new classmates passed around a picture of Chucky, the doll from the horror film Child’s Play, with my name underneath it.

I hadn’t heard of him, but when I looked him up and saw the classic picture of him holding a knife, I was terrified. ‘Am I going to grow up to be a serial killer?’ I asked Mum. That may sound silly now – and, just to reassure you, I haven’t – but these were the only examples of people with scars I had, growing up.

Thankfully, by secondary school, I’d made a close group of friends and my confidence began to grow. Still, when I was invited to audition for Hairspray, the musical our school was putting on, I was terrified. I already received enough attention. Did I really want to invite more by putting myself, quite literally, on centre stage?

Not one to back away from a challenge, though, I decided to go for it – and I got the role of Link Larkin, the hunky heartthrob! I couldn’t quite believe it, but it felt absolutely amazing to go on stage with my hair quiffed and having people stare at me because of my talent, and my character, not just at me.

That was when I decided I wanted to be an actor. And that’s what I’m doing now. Having graduated from Mountview Academy of Theatre Arts, I’ve recently received my first credit on Brit Box’s Why Didn’t They Ask Evans? and I’m also appearing in Apple TV’s Masters of the Air.

I had my last surgery at 17 and although doctors say there are different things they could try, I’ve decided not to have any more for the time being. I’m happy with how I look. My scar has helped form the person I am.

Instead, I’m determined to change how people view those of us with a visible difference — because even today, we still face such prejudice. I went to see Black Widow at the cinema not too long ago, and, when one of the characters took off their mask to reveal a scar on their face, the little girl sitting next to me screamed and jumped onto her daddy’s knee.

I’m currently single and, in a world of ‘swipe right or left’, I don’t have much luck on dating apps. I don’t hide how I look, because I believe if potential partners can’t get over my scars, they don’t deserve to love me.

I prefer to go to in-person events, like book clubs, to meet people that way. Luckily, I did alright in the personality stakes, even if I do say so myself, so I tend to get on with people really easily.

Even now, at 28, I still receive stares in the street – to which I still follow my mum’s advice and ask them if they have any questions they’d like to ask me.

Let me be clear, nobody with a visible difference owes anyone an explanation, and there are days I can’t face going through my story for the millionth time — but I still try to use the opportunity to educate people.

Because I don’t think people realise just how intimidating – or rude – their looks can be. And if you do catch yourself staring at someone with a visible difference, please just own your mistake and apologise for it.

Because while some looks can be deceptive, those kinds of looks aren’t.

Rob is an ambassador for Changing Faces, the UK’s leading charity for everyone who has a scar, mark or condition that makes them look different. For advice or support see www.changingfaces.org.uk or call 0300 012 0275.

As told to Sarah Whiteley