‘I Contracted HIV From A One-Night Stand In College. Forgiveness Gave Me My Power Back’

In late September 2001, my college roommate and I both had headaches. We assumed this was because we hadn’t eaten in a while, so we went to the cafeteria. That’s the last thing I remember before I woke up in my bed. My roommate told me I’d passed out.

At the campus health center, the nurse assured me that I wasn’t pregnant, but I did have a urinary tract infection (UTI). I was sent home with antibiotics. As the weeks went on, I lost a lot of weight, and I felt terribly sick. People began to gossip that I was on drugs. I was anxious and afraid. I had this deep shame that something more serious could be wrong with me, but I pushed the fear out of my mind. About two months later, I suddenly felt better…and that was the last I thought of it.

About a year after that mysterious period of feeling ill, in the fall of 2002, I got pregnant. By the time I was able to make an appointment with the local health department, they were so backlogged that my first pregnancy wellness check was scheduled for after my due date. I had no prenatal care or testing. After I gave birth at the local hospital in July 2003, my daughter was automatically tested for everything.

Two weeks later, my ob-gyn’s office called me and asked me to come in. She told me I was HIV-positive.

HIV, or human immunodeficiency virus, is a virus that messes with your body’s ability to fight off infection. If left untreated, it can also lead to AIDS, or acquired immunodeficiency syndrome.

The doctors knew I was HIV-positive because my daughter had my antibodies (proteins that the body makes to fight certain infections), as all babies do before they build up their own immunity. The presence of HIV antibodies in her blood signaled that I had the virus, and she’d been exposed to it. For the next few months, I had to have my daughter tested regularly and give her antiretroviral medications which would ensure her body didn’t develop HIV antibodies of its own, which would have made her HIV-positive. (Testing later revealed that my daughter was HIV-negative.)

As the doctor rounded off all of this information, I felt incredibly numb.

My mind went back to the time in college when I’d gotten sick, passed out, and lost so much weight. At the time, the idea that these could be symptoms of HIV had never crossed my mind, but I’d had a one-night stand—and engaged in unprotected sex—a few weeks before then.

I knew that I’d asked the guy to use protection and he’d gotten up and walked out of the room as if he was going to get a condom, but I never checked if he put it on. I just wanted to enjoy myself. The next morning, I saw an unopened box of condoms in the bathroom. I knew in my heart that was how I must have gotten HIV. 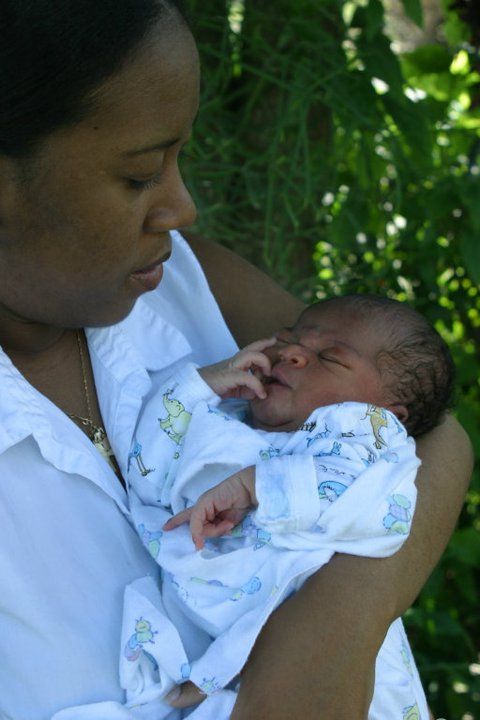 I was terrified and started imagining my funeral. This was the first time my ob/gyn had diagnosed anyone with HIV, so she didn’t even know which resources to connect me with. And it wasn’t until nearly a year after my diagnosis that I found a specialty care clinic for people living with HIV. I’d opted into a program called Healthy Families, which connected me with a social worker and provided support as I raised my daughter.

For the first few years after my diagnosis, I struggled with stigma from strangers, and myself.

To protect myself emotionally, I disclosed my status to guys I was talking to early on. Then, if they rejected me, it wouldn’t hurt as badly or at least I’d know why. When they bailed on me, I took it as a sign that they were never meant for me if they couldn’t accept that I was living with a chronic health condition.

Still, the stigma I felt inside was painful. I felt like I had to apologize for myself and for who I was. I felt unworthy of love. Thankfully, my family accepted me and my diagnosis, and this gradually helped me start to see my inherent value again. 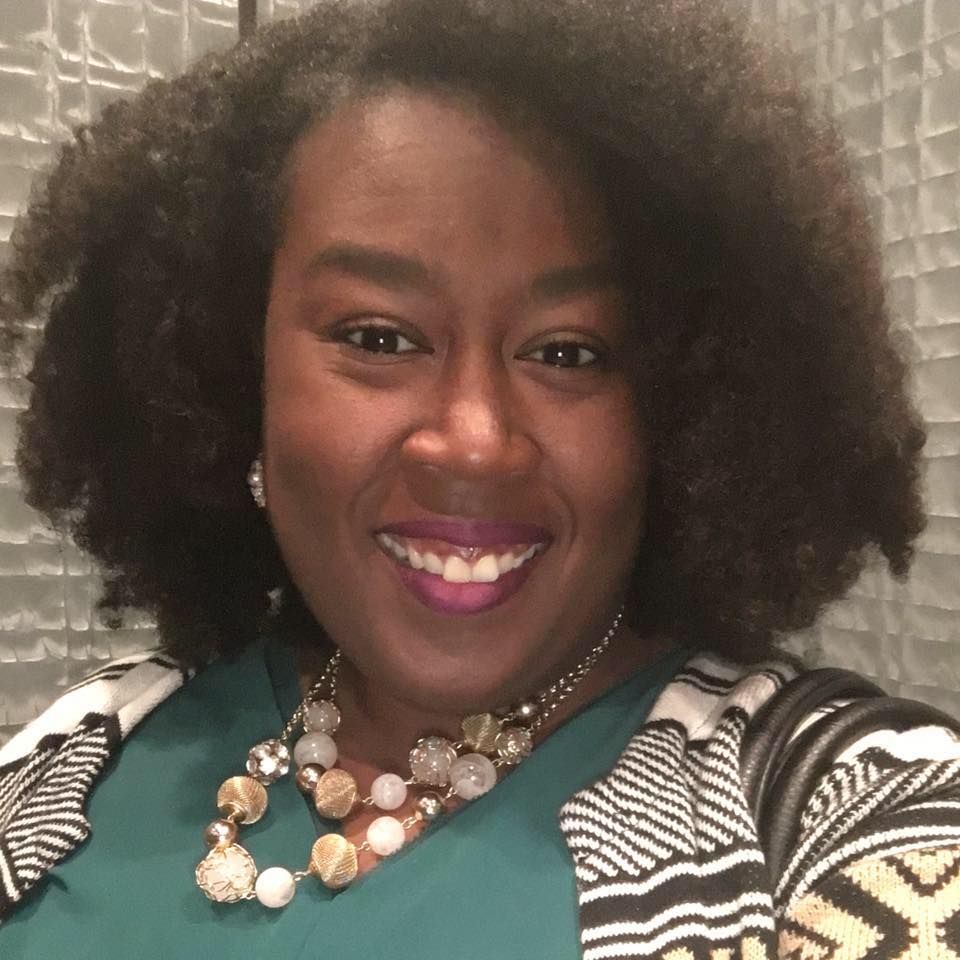 I’ve come to better understand and accept my own story, and I’ve forgiven myself and my former partner.

With the help of my social worker, I became a part of a community of people living with HIV, and as I heard about other people’s experiences, I realized so many of us felt voiceless and invisible. I decided to start sharing my story to help people feel less alone. This became a springboard for me to begin healing from shame.

In 2007, I shared my story in the local paper, church groups, and various schools across the south. I wanted to raise awareness that anyone could be affected by HIV. I remembered when I’d first learned about HIV, I was afraid of it, but I also didn’t worry about it. I’d been led to believe that people like me weren’t impacted by HIV.

When I first started telling my story, I focused on how young I was, my naivete, and my lack of sexual experience. I had to mentally go back to that night and forgive myself for not being empowered enough to assert my sexual health as a priority. There’s no do-over button, and I can only work with the lessons I’ve learned. But my perspective has evolved a bit. I believe that everything happens for a reason—because I love the person I’ve become. The simple truth is, I had a one-night stand that happened to be great sex with a really attractive man without knowing his status.

“I also now believe that everything happens for a reason—because I love the person I’ve become.”

It took me about five years to come to fully forgive myself and him. One time, when an audience member asked me about him at a speaking engagement, I realized I was angry at him, but I didn’t want to give him that power. Now, I hope he’s alive and well. I hope he’s gotten the care he needs, has experienced love, and is in a healthy relationship.

Do I hold residual anger from time to time? Yes, but it’s never fully with him, and when I do feel it, I realize I have to hold myself accountable as well. I let it go. I have too much to do, and life is too short to give someone power over your life, especially when you haven’t seen them in almost 20 years.

I see myself as living proof that anyone can live beyond a HIV diagnosis.

If you’re blaming yourself for your diagnosis or navigating internal shame, my advice is to let yourself feel all of the feelings that come up—anger, sadness, hurt, whatever—and then forgive yourself. This doesn’t happen overnight, and forgiveness is something I’ve had to revisit numerous times. I acknowledge my role in not being aware of my sexual health, but then affirm that I can only work with what I know. How you apply the knowledge you have now is what truly makes a difference.

In 2012, I married my husband, a man who was also living with HIV, and we supported each other through everything. He recently passed away in December of 2019. These days, my daughter is a healthy and thriving high schooler, and I manage HIV with just one pill once a day. I see a doctor twice a year and am virally suppressed or undetectable. That means I can’t transmit the virus to a sexual partner.

Should I ever date and have sex again, I’ll use protection to prevent STIs. And when it comes to disclosure, I tend to be upfront from the beginning. I’d say, “I’m a single mom but there’s something else that comes with me that you need to know so you can make decisions about how we spend time together.” Most of my potential partners have respected me for being honest with them. Some I never heard from again—and that’s okay.

If you need help disclosing your status, find your community and people you can trust first to talk it out (hashtag searches like #HIV and #HealingJustice are a great place to start!). Disclose your status only when you feel safe physically and emotionally to do it.

The reality is, we are all individuals living with something—and some of us are living with HIV.

We are not defined by our diagnosis, and living with HIV does not have to be a death sentence. It’s a manageable, chronic illness. Treatment is available, and with it, you can build up your immune system to where the virus cannot be transmitted sexually. That’s a big deal. It’s not a cure—the virus is still present in your body. But today, people living with HIV can safely have sex (with people living with HIV and/or those who aren’t living with HIV), have children, and lead full, happy lives.

“I realized so many of us felt voiceless and invisible.”

We also need to talk about the reality that, in 2018, 3,768 Black heterosexual women were newly diagnosed with HIV, making us the fourth-largest subset of people impacted by the virus (under Black, Latino, and white men who have sexual contact with other men), per the Centers for Disease Control & Prevention (CDC). One in seven Black people with HIV don’t know they have it, and factors like a lack of access to quality health care due to poverty as well as fear, stigma, and discrimination can prevent many from getting support and treatment.

Worse yet, over 30 states have laws that criminalize people living with HIV for allegedly exposing others to bodily fluid or proof of not disclosing their status. Many of these laws were created in the early days of the AIDS epidemic when there was very little understanding of HIV or AIDS, and they don’t factor in the current science of what actually affects HIV transmission, like condom use and antiretroviral therapy. 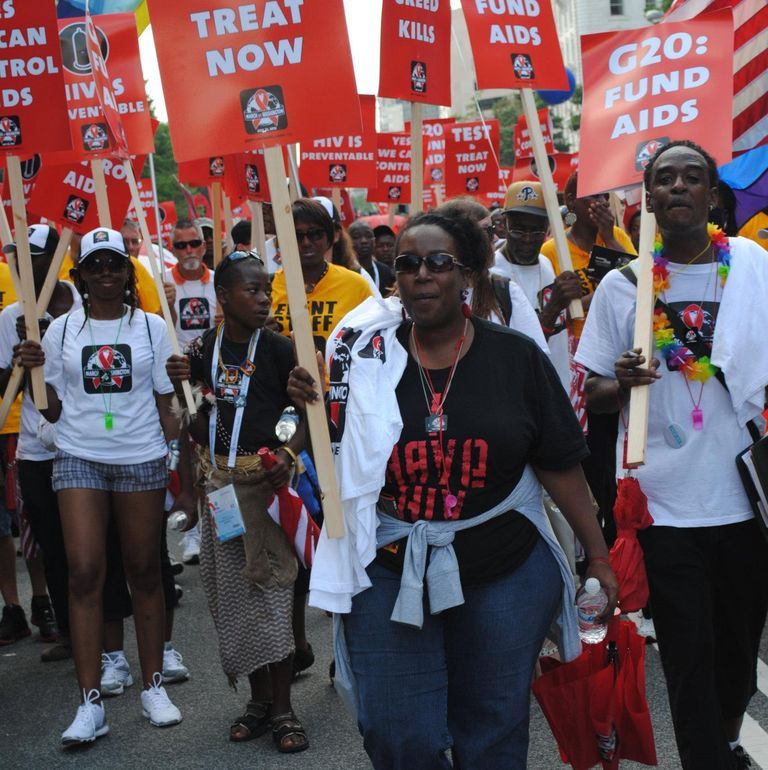 They also don’t take into account the overwhelming fact that the enforcement of these laws hasn’t been proven to lower transmission rates, and HIV and mass incarceration alike disproportionately impact people of color. Since 2014, these laws have only been modernized in a handful of states, including Colorado, California, Iowa, Michigan, and North Carolina.

Today, I’m a community organizer with the Sero Project, a group of resilient and resourceful people with a goal of ending HIV criminalization, mass incarceration, racism, and social injustice. We have a long way to go in the fight against stigma, but I’m passionate about this work. And I’m happy to be a voice if it helps others feel less alone.