Snoring is a very common issue that is caused when your tongue, mouth or throat relax and narrow while you sleep. Last night, during Channel 5’s new series “The Science of Sleep” Doctor Colin Espie, Professor of Sleep Medicine at the University of Oxford, attempted to help a woman with a chronic snoring affair. Yvonne Hancock volunteered for the show, after her family had reached boiling point over her late-night antics, which had worsened over the last year-and-a-half and was affecting their sleep too.

However, Mrs Hancock did have an admission before she was wired up for the experiment.

She told viewers: “I don’t like to admit is, but over the last 18 months, my weight has crept up considerably.

“Having a drink makes me sleep better.

“But, as I’ve been told by many people, my snoring is considerably worse. 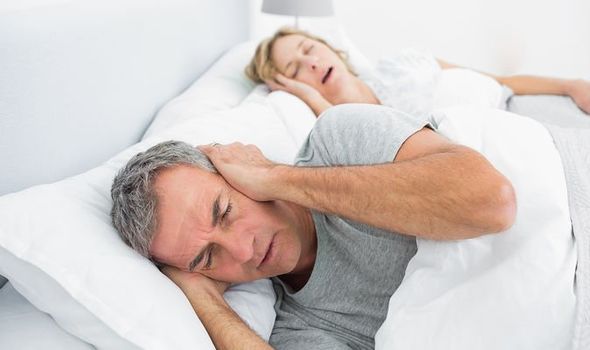 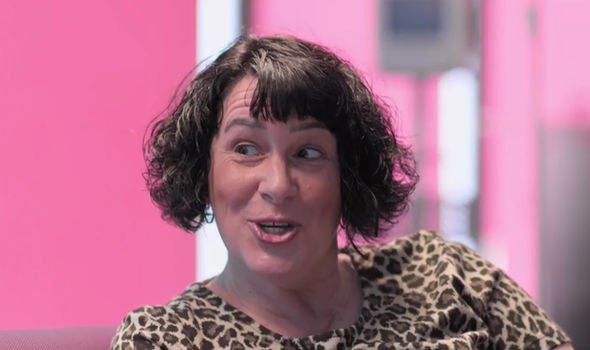 This is all about muscle tone, and obviously when we get a little bit flabbier, the muscle does not have the same tensile properties

“I reckon that is what the professor is going to tell me, ‘you’re a fat cow, you need to lose weight.’”

Dr Espie analysed her sleep, before delivering a damning verdict over the two factors contributing to increased snoring.

Pointing at a graph, he said: “Right down here at the bottom here, significant snoring throughout the night, there’s a lot.

“This is all about muscle tone, and obviously when we get a little bit flabbier, the muscle does not have the same tensile properties, particularly around the neck.

“But the other thing that can reduce muscle tone a lot is alcohol, particularly during sleep.

JUST IN: High blood pressure: Cut back on this drink at breakfast to lower your reading 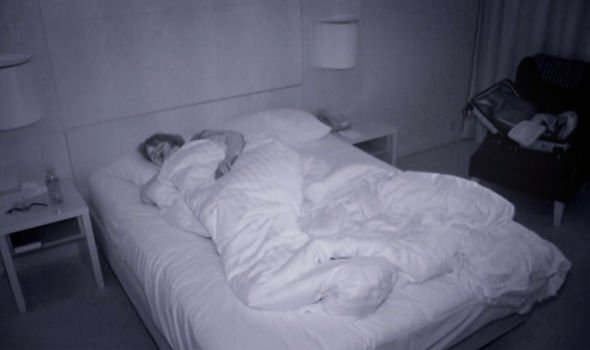 “It makes us even more flaccid and if that is what’s happening then it’s even more likely that you would snore.”

However, it was not all bad news, Dr Espie confirmed Mrs Hancock was not suffering from a serious condition.

He added: “The good news is that you’re not having what we call apnoeas very often.

“That is a complete breathing pause, where you just stop breathing. 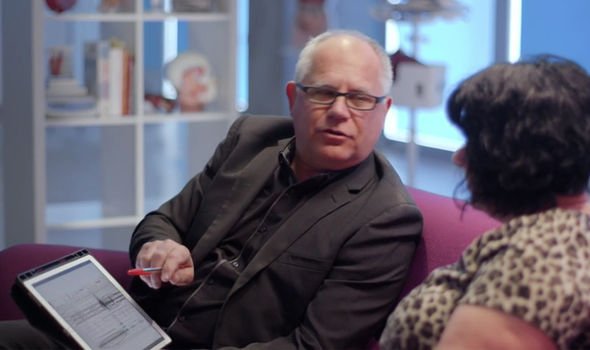 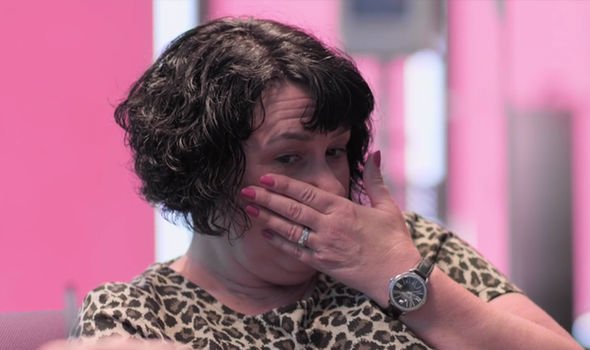 “Then you are not getting sufficient oxygen around your system.”

More than four million people suffer from sleep apnoeas in the UK alone.

The best way to tell if your partner is suffering from sleep apnoeas is to listen to whether they stop breathing for 10 seconds or more, or make gasping, snorting or choking noises during their sleep.

Sleep apnoea can be serious if it is not diagnosed and treated, so it is best to see a GP if you suspect the above.

The NHS also offers three treatments for those suffering from snoring, but first, it is best to speak to a doctor to identify where the problem originates from. 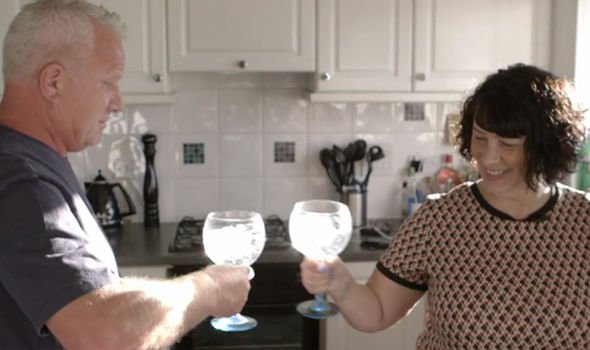 If your tongue is partially blocking the back of your throat, a mandibular advancement device can be worn in your mouth to bring your tongue forward.

Whereas if your mouth is falling open while you sleep, a chin strap, known as a vestibular shield can be used to hold your mouth closed, or a device you wear in your mouth to make you breathe through your nose instead.

Finally, if you have blocked or narrow airways in your nose, a nasal dilator can be used to hold your nose open while you sleep.

If none of the treatments works, surgery may be suggested to deal with the issue.

However, it is not widely available on the NHS and is not guaranteed to be long-lasting.