How sleep helps to process emotions 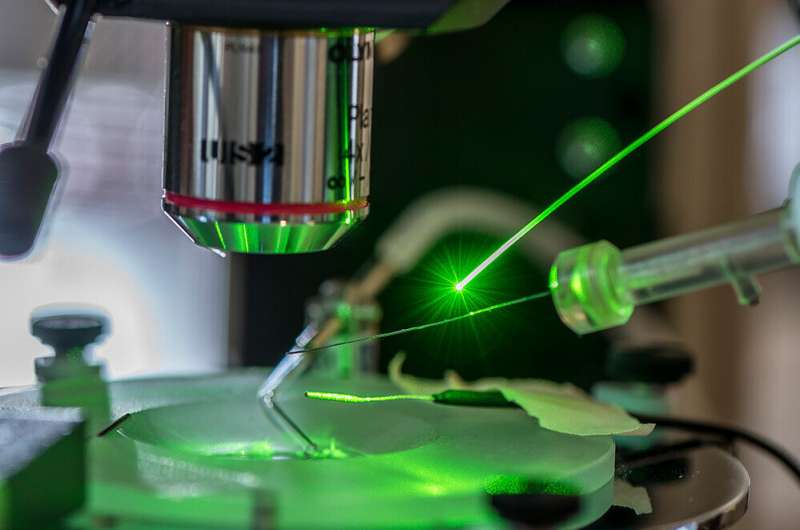 Researchers at the Department of Neurology of the University of Bern and University Hospital Bern identified how the brain triages emotions during dream sleep to consolidate the storage of positive emotions while dampening the consolidation of negative ones. The work expands the importance of sleep in mental health and offers the way to new therapeutic strategies.

Rapid eye movement (REM or paradoxical) sleep is a unique and mysterious sleep state during which most dreams occur together with intense emotional contents. How and why these emotions are reactivated is unclear. The prefrontal cortex integrates many of these emotions during wakefulness but appears paradoxically quiescent during REM sleep. “Our goal was to understand the underlying mechanism and the functions of such a surprising phenomenon,” says Prof. Antoine Adamantidis from the Department of Biomedical Research (DBMR) at the University of Bern and the Department of Neurology at the Inselspital, University Hospital of Bern.

Processing emotions, particularly distinguishing between danger and safety, is critical for the survival of animals. In humans, excessively negative emotions, such as fear reactions and states of anxiety, lead to pathological states like Post-Traumatic Stress Disorder (PTSD). In Europe, roughly 15% of the population is affected by persistent anxiety and severe mental illness. The research group headed by Antoine Adamantidis is now providing insights into how the brain helps to reinforce positive emotions and weaken strongly negative or traumatic emotions during REM sleep. This study was published in the journal Science.

The researchers first conditioned mice to recognize auditory stimuli associated with safety and others associated with danger (aversive stimuli). The activity of neurons in the brain of mice was then recorded during sleep-wake cycles. In this way, the researchers were able to map different areas of a cell and determine how emotional memories are transformed during REM sleep.

Neurons are composed of a cell body (soma) that integrates information coming from the dendrites (inputs) and sends signals to other neurons via their axons (outputs). The results obtained showed that cell somas are kept silent while their dendrites are activated. “This means a decoupling of the two cellular compartments, in other words soma wide asleep and dendrites wide awake,” explains Adamantidis. This decoupling is important because the strong activity of the dendrites allows the encoding of both danger and safety emotions, while the inhibitions of the soma completely block the output of the circuit during REM sleep. In other words, the brain favors the discrimination of safety versus danger in the dendrites, but blocks the over-reaction to emotion, in particular danger.

According to the researchers, the coexistence of both mechanisms is beneficial to the stability and survival of the organisms: “This bi-directional mechanism is essential to optimize the discrimination between dangerous and safe signals,” says Mattia Aime from the DBMR, first author of the study. If this discrimination is missing in humans and excessive fear reactions are generated, this can lead to anxiety disorders. The findings are particularly relevant to pathological conditions such as post-traumatic stress disorders, in which trauma is over-consolidated in the prefrontal cortex, day after day during sleep.