How Important is Intronic Variation?

What is intronic variation?

The majority of human genomes have a variety of introns that must be removed one a gene has been transcribed from DNA to RNA, as they do not encode the information to translate RNA into proteins. As intronic mutations do not affect any protein-based sequences, they are ignored for the most part when attempting to pinpoint any normal or pathogenic genetic variations. Nonetheless, introns make up around 50% of the human non-coding genome: they can have some important administrative roles inside the body.

Introns can be exceptionally large, and they account for the majority of the DNA sequence in human genes. However, very little is understood about their functional implications and patterns of structural variation. Loss of introns occur frequently in evolutionarily ancient genes – which contrasts with previously discovered losses of overlapping exons, observed less often, and usually only affect primate-specific genes.

Intronic deletions, therefore, tend to occur more frequently than expected, despite a significant proportion of these genes having essential and ancient evolutionary functions. This discovery was surprising, as many studies have shown relatively high conservation of sequences encoding evolutionary genes.

It was later shown that these deletions can show considerable changes in the length of the gene locus. It has also been shown that a large number of these deletions are associated with over- or under-expression of the affected genes. 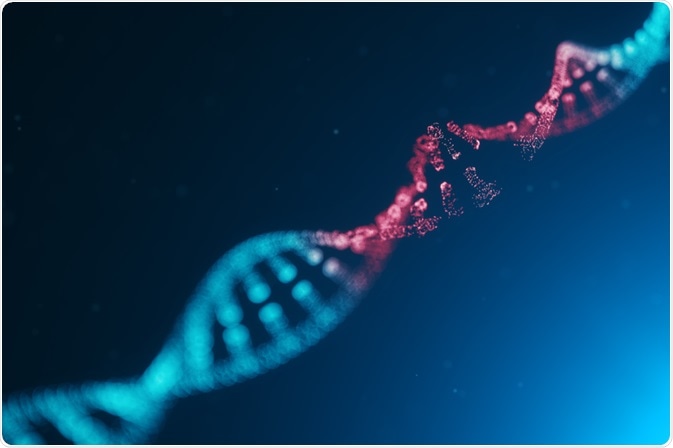 What effect does intronic variation have on genetic expression?

The autosomal recessive multisystem disorder: Cockayne syndrome, is identified by a variety of symptoms: microcephaly, intellectual disability, sensory impairment, severe growth failure, cutaneous sensitivity, and peripheral neuropathy. This rare genetic disease is linked to variations in both the ERCC8 and ERCC6 genes. Various extents of severity have been characterized according to both the age of onset and the patient’s survival – without any obvious phenotype-genotype correlation.

A previous study detailed the case of two brothers presenting a long-term survival, yet severe phenotype of Cockayne syndrome. A homozygous deep intronic nucleotide variation, which causes the insertion of a complex exon within the ERCC8 transcript, was identified in the patients by modifying the intronic regulation elements shown to be significant for exon definition.

Another study from 2004 details the increasing clinical and biological findings that possibly prove a link between the turnover of brain cholesterol and Alzheimer Disease, with high cerebral levels of cholesterol possibly increasing the Aβ load.

The elimination of cerebral cholesterol requires two mechanisms that are dependent on Apolipoprotein E, as well as cholesterol 24-hydroxylase enzyme. The goal of this particular study was to observe and quantify a significant variation within the CYP46 intron, along with the Apolipoprotein E genotype as risk factors for Alzheimer’s disease, as well as to establish a possible correlation between Apolipoprotein/CYP46 polymorphism, and the rate/extent of disease progression.

In patients with confirmed Alzheimer’s disease, if the patient had a genotype containing CYP46 alongside Apolipoprotein E ε4 were found to be more likely to experience more intense cognitive decline when observed at a 1-year follow-up appointment. These findings, therefore, give direct evidence that both the Apolipoprotein E and CYP46 polymorphisms synergistically increase the risk for developing Alzheimer’s disease, and also influences the speed of cognitive decline.

In conclusion, where it was first thought that intron variations do not affect the phenotype in humans, recent studies have confirmed that the effects of these intronic variations could be the cause behind a variety of genetic diseases that were once thought to be elusive.

Phoebe Hinton-Sheley has a B.Sc. (Class I Hons) in Microbiology from the University of Wolverhampton. Due to her background and interests, Phoebe mostly writes for the Life Sciences side of News-Medical, focussing on Microbiology and related techniques and diseases. However, she also enjoys writing about topics along the lines of Genetics, Molecular Biology, and Biochemistry.