How do Australians inform themselves about the COVID-19 pandemic?

A recent study in Australia indicates that public health communication is far from being the main source of information regarding the coronavirus disease 2019 (COVID-19) pandemic. Instead, the study’s findings suggest that one in two Australians rely on personal friends, family, foreign contacts and social media to inform themselves about the disease and recommended interventions.

A preprint version of the study is available on the medRxiv* server, while the article undergoes peer review. 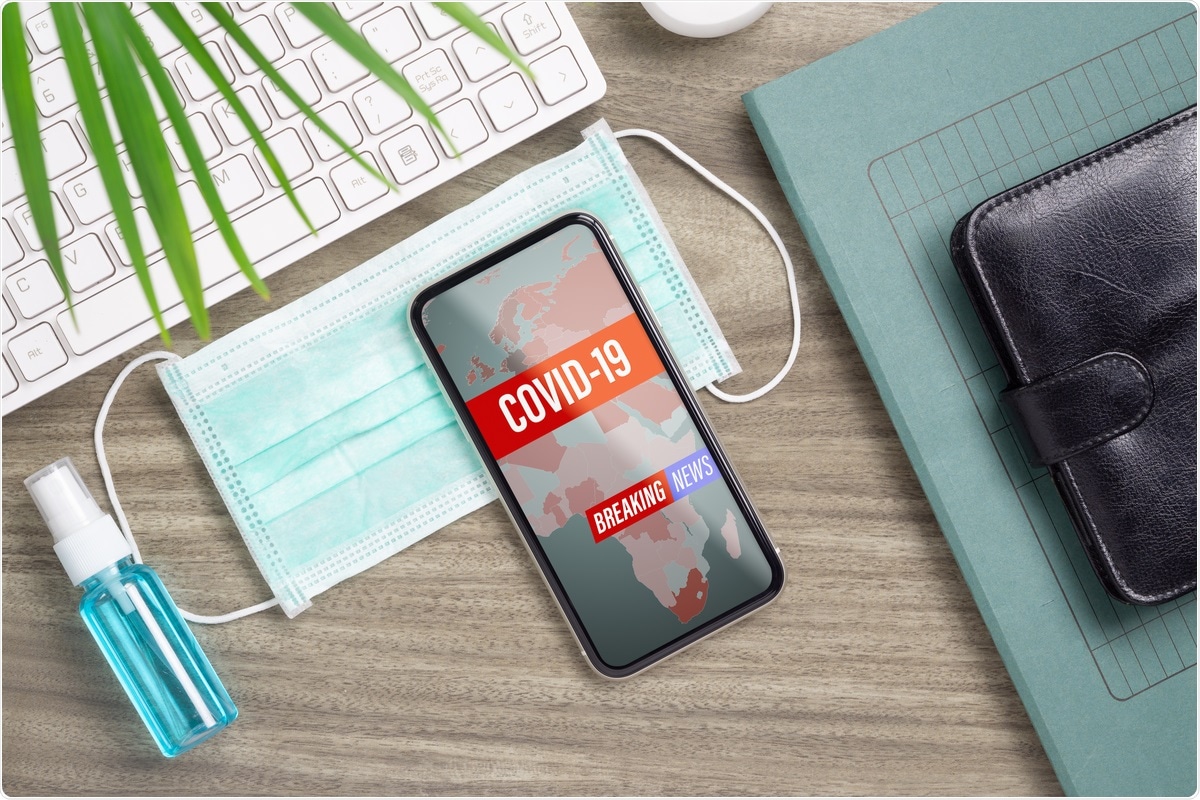 In Australia, as in many other countries, COVID-19, caused by the severe acute respiratory syndrome coronavirus 2 (SARS-CoV-2), has threatened general economic wellbeing via the preventive public health measures imposed on the country as a whole. These include social distancing, wearing face masks in public, testing for the infection with case isolation, quarantine of contacts, and vaccination of the population at large.

However, these interventions have met with significant opposition in some countries, notably the USA. This is important because public acceptance and engagement with these interventions are essential for their success. And such engagement, in turn, depends on accurate and powerful communication by public health authorities to their target audience – the diverse communities and sections that make up a country’s society.

Most earlier studies have, however, suggested that public health messaging goes over the heads of most of the population, possibly being effective in communicating the desired message only to the well-read or highly educated, especially those who already have a good understanding of health-related matters.

The current study aimed to examine these efforts both in terms of the variable response among diverse, non-English-speaking communities and among Australians at large.

Prior research carried out by the authors of the current study earlier in the pandemic, during April 2020, showed that for the Australian government’s COVID-19-related information – including vaccination, masking up, and maintaining safe distances between people from different households – the median reading score required at least a grade 12 to grade 14 education, rather than the recommended grade 8 level.

Secondly, the researchers in that study found that the route of communication is crucial in public health messaging. In April 2020, for instance, approximately two in three participants were getting their information about COVID-19 from television, social media and government websites. Thus, these routes are important to get the right message out to the community, designed in consultation with the community for maximum reach.

Current findings of the diversity study

This may explain why, in the current diversity study, including over 700 subjects, the researchers found that this information was less understandable to people who had low health literacy and those who did not speak chiefly English at home.

The study included ten language groups, in three neighboring regions in Sydney, across a range of cultures. The data was collected online. The mean age was 45 years, with almost 90% having been born outside Australia. Almost one in three were not comfortable with English, and 70% were high school graduates. About 40% had poor health literacy.

The scientists found that in the current study, over half of the participants relied on public and official sources, ranging from television, radio, websites, healthcare workers, commercial sources, and social media. One in three depended on their families or friends, and a quarter received information on the pandemic from their community, religious leaders, and community media, or from overseas media, family or friends.

Again, such information was largely in a non-English language, for about half the subjects, the proportion going up to 80% among the “overseas sources” subset. Language-based differences were obvious, from the use of public or official sources by 90% of Khmer-speaking participants, but less than a third of this among Samoan/Tongan speakers.

Two-thirds of Croatian and a third of Khmer speakers relied mostly on community, but two out of three Croatian speakers on friends and family in Australia, similar to approximately half of Dari and Chinese speakers. Overseas sources were the main source of information for almost all Croatians, and a third of Chinese and Hindi speakers.

Social media was the main source of information among Chinese speakers, at 72%, with WeChat being the main platform, used in over half the cases, and YouTube in a quarter.

In comparison, for the nationally representative survey carried out earlier, in November 2020, approximately 80% were health-literate with 61% having received their degrees or higher in education. Only 6% did not speak English at home. Of these, two in three depended on official or public information, with only a third depending mainly on social media. A quarter used magazines or newspapers, and a similar number relied mainly on personal sources.

What are the implications?

Across the ten language groups surveyed in one city in Australia, during March-July 2021, half the participants relied on non-official and non-public sources of information for their viewpoint on the COVID-19 pandemic, vaccination, and public health interventions. These individuals instead turned to commercial sources, their friends and family, other sources abroad, or social media.

Conversely, the national survey in November 2020 showed that two-thirds of the participants were informed mainly by official and public messaging. The researchers point out that their results are preliminary, awaiting further detailed analysis.

Overall, they say, “We highlight, the observed pattern of information sources differed substantially across language groups. This reiterates the importance of tailored public health communication, including the communication channels used.”

As a result, further attention needs to be paid to this aspect, to ensure that all the communities residing in any given region at risk of COVID-19 are covered by effective and understandable public health messaging that will encourage acceptance and action based on public health policies, including vaccination, to ensure successful management of the outbreak at local, national and global levels.