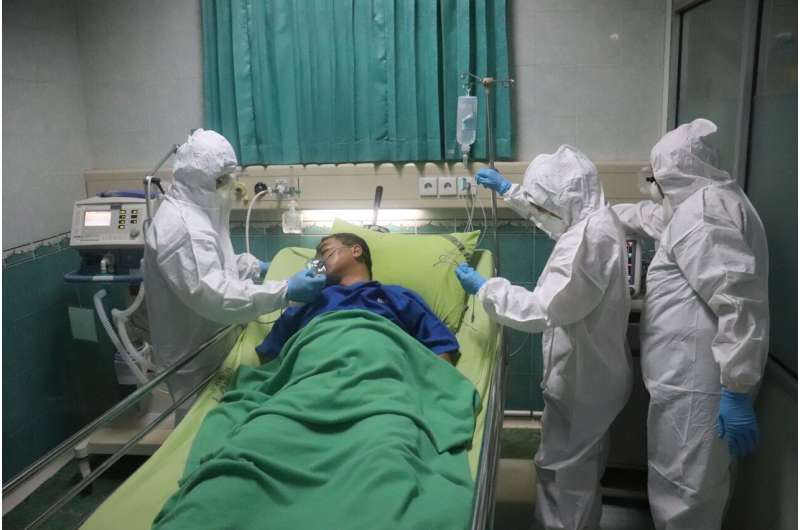 Can a simple phone call reduce the likelihood that a patient will have to return to the emergency room in the days just after being discharged?

That’s what Corey Bills, MD, MPH, associate professor of emergency medicine at the University of Colorado School of Medicine, wanted to find out.

Bills, an emergency-room doctor at UCHealth University of Colorado Hospital, was starting to see a large number of patients returning to the ER—often due to a hectic discharge process—putting unnecessary strain on an already overburdened system.

“In the emergency department, a lot happens in a small amount of time,” Bills says. “In general, it’s three hours from the time you step foot in the door to when you get discharged or you get admitted to the hospital. We know that there’s a lot of uncertainty among patients when they get discharged, because we’re trying to discharge them in a quick amount of time after they’ve been in the ER for three hours.”

Add to that the stress, pain, and confusion patients often experience during an ER visit, and it’s no wonder they don’t always clearly understand their discharge instructions—how to fill and take their prescriptions, which specialist to follow up with, where to schedule their next appointment.

How the callback program helps

In research published in May in JAMA Network Open, Bills and Scott Fruhan, MD, of the University of California San Francisco, tested the effectiveness of a callback program on preventing return visits to the emergency room. In the nonrandomized clinical trial, nearly 4,000 patients were given an automated telephone call two days after being discharged from the ER, with the option of requesting a second call from a clinician to answer questions about their care plan.

“We are essentially shift workers in the emergency department,” Bills says. “My name is on the discharge paperwork, but a patient really can’t message me. Whatever happens in that short amount of time is isolated as it relates to my interaction with that patient. The automated call was a way to continue the patient relationship after they get discharged from the ER, making sure the transition to the next stage of care is better, and hopefully improving the rates of patients coming back to the ER.”

To Bills’ surprise, 43% of the people who received the automated call requested another call back, indicating that the discharge process was not always giving patients everything they needed.

“We expected most people to say, ‘Yeah, I got it. I went to the ER, you guys treated me, I got my discharge paperwork,'” Bills says. “But 43% wanted a call back, and of that 43%, about half of them actually needed a specific intervention, whether that was making an appointment, confirming an appointment, or rewriting a prescription for a medication that someone neglected or overlooked on their discharge paperwork.”

Positive results lead to next steps

The study found that patients who received an automated call two days after being discharged from the ER were significantly less likely to return to the ER than those who did not receive a call. The program was especially effective among populations that are typically higher users of the ER, including homeless and low-income populations, people with substance abuse issues, and people with psychiatric illness.

The next step in the research, Bills says, is figuring out how to pay for an effective callback system that currently has no cost to the patient and enhancing the discharge process especially for patients at high risk of ER return.